Women put on an extra three pounds in weight after becoming mothers compared with those who remain childless, major research has revealed.

The lifestyle changes that come with parenthood often lead to long-term weight gain, according to experts at the University of Cambridge.

They analysed data from dozens of previous studies that tracked women’s weight between the ages of 15 and 35. 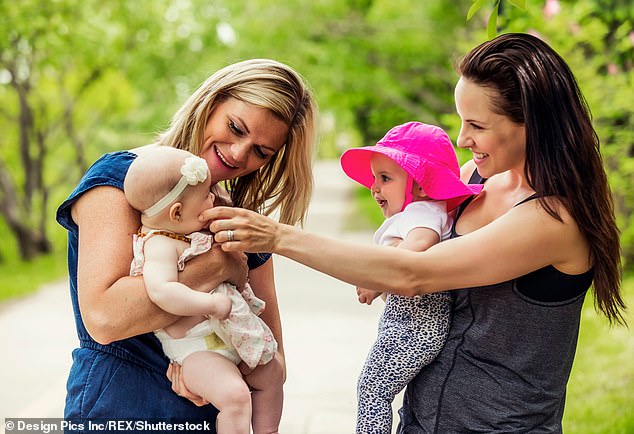 Lifestyle changes that come with parenthood often lead to long-term weight gain, according to experts at the University of Cambridge (file image)

The major analysis also revealed that getting a job and going to university are two other key life events that lead to notable weight gain. One study looked at the impact of becoming a father and found it did not lead to extra weight gain.

Writing in journal Obesity Reviews, the experts said: ‘Becoming a mother is associated with 17 per cent greater absolute BMI gain than remaining childless.

‘Motherhood BMI gain is additional to an alarming BMI increase among young women, highlighting the need for obesity prevention among all young women, including new mothers.’

Dr Eleanor Winpenny, from the University of Cambridge, said: ‘Over the age range of 15 to 35, people are gaining weight and we wanted to know whether there are particular life events that are contributing to this gain. 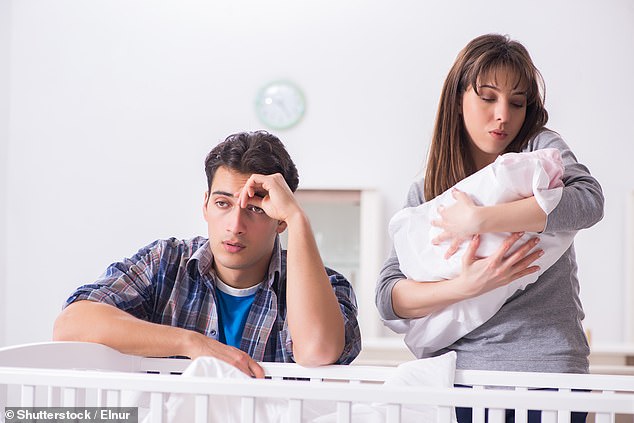 ‘This study is not about pregnancy weight gain, it’s about all the lifestyle changes that happen as people become parents. People overall gain a small amount of weight over that transition and that’s the bit we’re worried about. If all these life transitions are contributing to small weight gains, overall that becomes a problem.

‘Parenthood is a time when lifestyles are changing. Of course there are challenges with having a small child, but it’s also an opportunity for people to think about their own lifestyles and how they could be more healthy and active.’ Dr Kirsten Corder, who also worked on the study, said: ‘We need to take a look at the messages given to new parents by health practitioners as previous studies have suggested widespread confusion among new mothers about acceptable pregnancy-related weight gain.’

Experts also looked at female weight gain during the transition from secondary school into higher education or employment.

Nine studies found that leaving school was associated with a decrease of seven minutes per day of moderate to vigorous exercise for women – while men reduced theirs by 16.4 minutes.

The change was biggest when people went to university, with overall levels of moderate to vigorous physical activity falling by 11.4 minutes per day. Three studies also showed people put on weight after leaving school, while others found decreases in physical activity on starting employment.

Dr Winpenny said: ‘When you leave school, it’s a time of lifestyle change. People are changing their habits as they move to university or into employment, often in a less healthy direction.

‘Evidence suggests that in later adulthood, these behaviours then don’t change very much. In school you are encouraged to do sport, and there are school food policies to encourage healthy eating, but then when you leave school, that changes.

‘Also, in the workplace, there might be initiatives, but you probably have less time for exercise and more access to unhealthy food. It’s not just about you and your choices, it could be how much time you have available, your social circle and your living and working environment.’

‘So, apart from the sporty few who exercise in all weathers, physical activity as part of a daily routine gets to become a thing of the past for millions as they grow into young adults.’