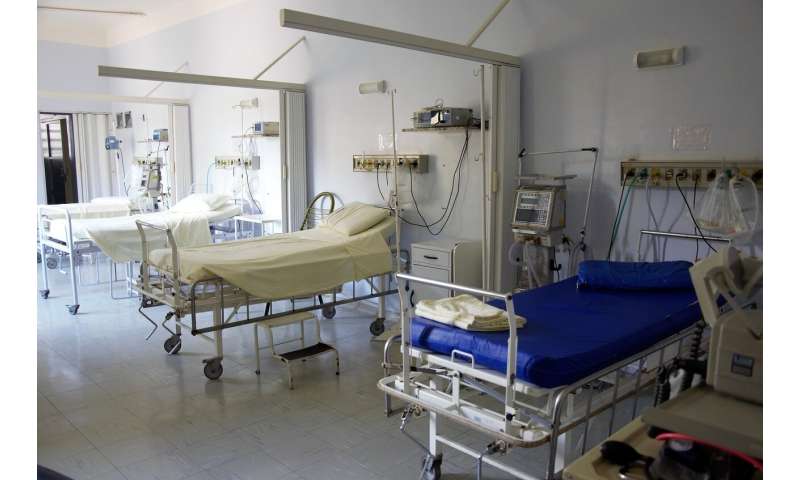 Every week, a new figure comes out. And despite the fact that they’re all trying to estimate the same thing—the number of extra cancer deaths that could be caused by service disruption during the pandemic—there’s a big range. Anything from 3,300 to 60,000 so far.

That’s because estimating the impact of COVID-19 on cancer outcomes is not an easy thing to do. In fact, it’s almost impossible.

As the stats saying goes “all models are wrong, but some are useful.” And while there’s been a lot of variation in estimates so far, each serves to highlight the negative impact for people with cancer and just how important it is to get cancer services back up and running.

Because while COVID-19 has placed unimaginable stress on health services, it’s vital to provide safe services for patients so that the pandemic doesn’t also cause an increase in deaths from other conditions like cancer.

Changes across the board

“We know there is going to be an impact on cancer survival from COVID-19, and it can only be a negative impact,” says Jon Shelton, Cancer Research UK’s senior intelligence manager.

“Screening effectively stopped during the pandemic, the number of people being referred for diagnostic tests dropped massively and a lot of tests and treatments for cancer were postponed.”

Shelton says the impact of COVID-19 has been felt across the board, with certain diagnostic procedures—like endoscopies—being stopped because they were considered too risky for both patients and healthcare staff.

Cancer treatment has been affected too, with surgery disrupted the most—falling by up to 40% of what would have been expected. Some complex surgeries were canceled because there weren’t enough ITU beds for patients after operations.

Last month, we estimated that over 2 million people in the UK were waiting for cancer screening, tests or treatment. Another estimate, but one that has fewer assumptions.

Because while all the figures so far point towards a negative impact on cancer survival in the UK, the size of the impact is difficult to predict.

“There’s still so much uncertainty across the pathway—from screening and diagnosis to treatment, monitoring and care,” says Shelton. With that level of disruption, it’s difficult to know how all the changes will add up.

To get around this challenge, some estimates have focused on a single aspect of cancer care, like surgery, with one study estimating that there would be around 10,600 excess deaths from delaying surgery for six months.

“We know that complex surgery has been affected, but right now we don’t have the evidence to suggest how this will affect outcomes, especially with other treatment options being used,” says Shelton. “For some slow growing tumors, there may not be much difference in outcomes, but for other cancer sites, outcomes could vary much more.”

The study didn’t account for the fact that some people who would usually have surgery have had radiotherapy instead, to reduce the size of the tumor until it’s safe to operate.

Shelton says that the impact of these changes for some patients may be more to do with side effects or quality of life, rather than survival. Something that a single figure of excess deaths will never be able to encapsulate.

Studies that take a broader view may also run into problems, because there’s a lot of important information that we just don’t have.

Take cancer diagnosis. We know that in some places urgent cancer referrals plummeted to around 25% of usual numbers at the peak of the pandemic, as fewer people were going to their GP with symptoms and some were reluctant to go to secondary care for further tests due to the risks of COVID-19.

While the figures are worrying, this doesn’t necessarily mean that the number of people diagnosed has fallen by the same amount, because most people who are urgently referred do not have cancer.

“It may be that the proportion of people urgently referred during COVID-19 who go on to be diagnosed with cancer is higher than usual,” says Shelton. “We won’t know the scale until we have those figures, but we do know that many patients’ diagnosis has been delayed and we need to address this urgently—a delay to diagnosis could lead to the tumor growing and even spreading, which is harder to treat.”

But even with all this information, the size of the negative impact is still difficult to predict.

“With cancer, we don’t usually wait to diagnose or treat someone—if we know someone has cancer we want them to receive the best treatment without delay, so we don’t have the evidence for what will happen if we do wait.”

Shelton says the size of the impact will also vary from cancer to cancer. “Some tumors grow quite slowly, and therefore a delay may not impact survival very much at all,” says Shelton. “Whereas for other more aggressive tumors, it could lead to the disease spreading and a much larger impact on survival.”

While it’s possible to make assumptions to fill in some of these gaps, the sheer number of unknowns mean slight changes in each can have a big effect on the final estimate.

Finally, with the pandemic still unfolding, the true impact of COVID-19 on cancer deaths will also depend on what happens next.

“We’re seeing movement in the right direction with the health service—screening programs are restarting and urgent cancer referrals are going up. But it will really depend on how quickly we can get services back to, and preferably better than, pre-COVID levels.”

Shelton believes it’s vital to collect as much as evidence as possible during the pandemic, to allow researchers to really understand what changes were made and the effect they had. Not only to make sure we’re prepared for potential future waves, but so we can improve cancer services in the future.

And while it’s likely we’ll not know the full impact of COVID-19 on cancer survival for many years, Shelton believes the estimates can form an important part of the discussion.

“Accurately estimating excess deaths is virtually impossible right now, but they show what could happen if certain scenarios play out. These estimates all strongly emphasize the importance of getting cancer services back on track as soon and as safely as possible, to minimize any further negative impact for people with cancer.”