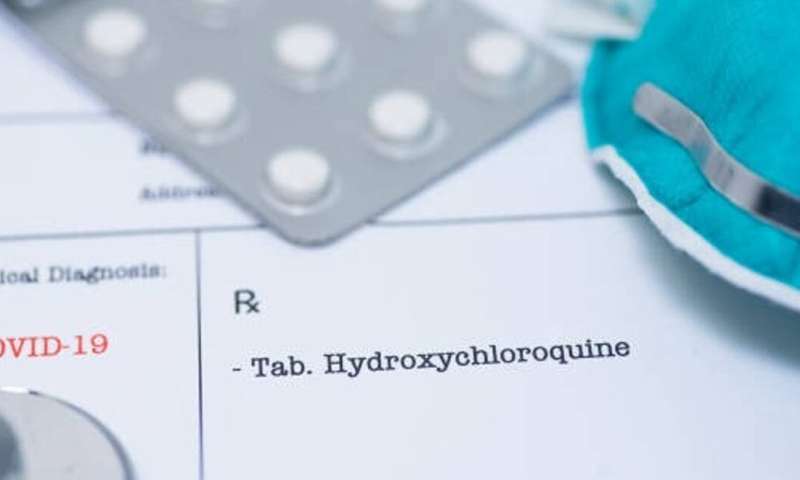 At least 55 countries have ordered large supplies of the anti-malarial drugs Hydroxychloroquine (HCQ) and Chloroquine (CQ) from India, manufacturer of 70% of the world’s HCQs, to treat COVID-19 patients.

These countries, including the US, Thailand, Indonesia, Malaysia, and the Philippines, are spending their COVID-19 response budget to import the drugs almost without scientific evidence.

Decision taken by the US Food and Drug Administration to issue an Emergency Usage Authorisation on the use of HCQ/CQ for COVID-19 has been severely criticised by its former leaders.

The basis of their criticism is fundamental: evidence on the efficacy of HCQ/CQ for COVID-19 is minimal at best or even stands on shaky grounds.

The Wuhan Institute of Virology had carried out in-vitro studies for chloroquine and subsequently hydroxychloroquine to look at dosages needed for a substance to kill the virus. The in vitro study was conducted in a laboratory without involving real COVID-19 patients.

Although promising, an in vitro study is carried out in a lab outside the context of the human body. It cannot determine the real response of the very complex human biological systems.

Also, an in-vitro study is not designed to determine the dose needed for sufficient blood’s level to achieve the desired therapeutic effect.

To date, there is only one human trial from France claiming HCQ efficacy for COVID-19 patients. This report was published on March 20, 2020, in the International Journal of Anti-Microbial Agents.

Didier Raoult and his University of Marseille team reported their HCQ trial on 36 COVID-19 patients.

On the sixth day, all patients were RT-PCR tested. It turned out that more patients in group A were COVID-19 negative, compared to group B.

Also, all patients receiving a combination of Azithromycin and HCQ tested negative. Raoult claimed that “hydroxychloroquine treatment is significantly associated with viral load reduction/disappearance in COVID-19 patients and its effect is reinforced by azithromycin”.

Scientists later voiced out concerns over the quality of the study.

This allows attrition bias because there was data from a portion of patients initially recruited but not analysed.

Second, with only 36 patients, this study is relatively weak. Raoult and his team calculated at least 48 patients were needed for sufficient statistical power. This means, there is a risk that this research might have produced false-positive results, i.e. the therapeutic effect is too prominent due to the small sample size.

Third, one of the patients who tested negative with RT-PCR on day six turned out to be positive again on day eight. This shows another weakness, where there was no medium or long term data on the effect HCQ.

Fourth, the experimental design is not the best trial design to determine the efficacy and safety of a drug in humans.

The best design is a randomised controlled trial, where researchers divide patients randomly into at least two groups, the HCQ/CQ recipient and the non-HCQ/CQ recipient.

Randomisation is very important to minimise allocation bias. For example, intentionally or unintentionally, patients with milder symptoms fall into the HCQ/CQ recipient group so that the result shows that more patients in this group are recovering.

Raoult divides his patients into groups A and B, without randomisation, so it is not free from the risk of allocation bias.

Recently, a group of researchers published an observational study that analysed 1,376 COVID-19 patients in the United States. They compared clinical outcomes of patients administered with HCQ (811 patients) and without HCQ (565 patients).

The results are inconclusive. The researchers acknowledged that the results of this study could not be used to determine the efficacy and safety of HCQ.

Also, they do not recommend the usage of HCQ beyond research setting. They emphasised that randomised controlled trials are needed to decide whether or not HCQ should be used for COVID-19 patients.

Apart from the inconclusive results of whether HCQ/CQ are effective to treat COVID-19. The use of HCQ/CQ is not without adverse effects.

HCQ/CQ can have side effects such as damage to the retina (eye) and cardiac muscle.

Also, some COVID-19 patients exhibited decreased liver and kidney function as part of their clinical course. As a result, the ability of the liver and kidneys to process and remove HCQ/CQ from the body becomes very limited and increasing the risk of poisoning.

All this shows that the use of HCQ/CQ for COVID-19 patients does not yet have any strong scientific foundation. It’s still doubtful that the anti-malarial drugs would be effective to treat COVID-19 due to deficiencies in the experimental design. Additionally, there is a risk of adverse effects on patients.

As of May 22 2020, the Cochrane COVID-19 Study Register listed 262 human trials on the use of HCQ/CQ for COVID-19, of which 215 are designed as “randomised controlled trial”. Cochrane has also published a protocol for systematically reviewing the outcome of these studies. These may be one of the most sought after research outcome the world has been eagerly waiting.