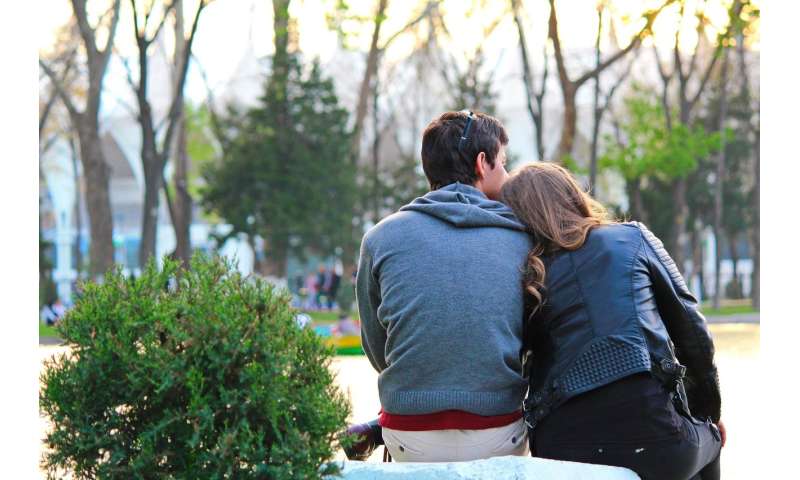 Threats to a man’s masculinity could spell danger for the future of his romantic relationships, a new study has revealed.

Psychologists, including the University of Arizona’s Alyssa Croft and Ciara Atkinson, have discovered that when men feel their masculinity is under threat, they are more likely to pull away rather than draw close to their partner, in an attempt to restore their masculinity.

However, their actions are likely futile, as the study also showed that men who withdraw from their relationship partners are not seen by others as being more masculine.

“We found that young men who received false feedback suggesting they were ‘more feminine than average’ reacted defensively by self-isolating and building metaphorical walls between themselves and their actual or potential romantic partners,” said Croft, an assistant professor in the UArizona Department of Psychology, who co-authored the study with UArizona graduate student Ciara Atkinson and lead study author Veronica Lamarche, a relationship expert in the Department of Psychology at the University of Essex.

“When we feel threatened, our relationships are typically strengthened as we seek security from the one we love,” Lamarche said. “But it seems that when men’s masculinity feels precarious, they may attempt to restore it by withdrawing from a relationship that could otherwise provide care and support. Not only could this harm the well-being of their relationship and directly affect their romantic partner, but our studies also suggest this tactic may not be an effective strategy to restore masculinity in the eyes of others.”

In the first part of the study, which is published in the journal Social Psychology and Personality Science, the researchers tested how threats to masculinity affected relationship interdependence—the extent to which partners mutually depend on and influence one another.

To do this, they gave nearly 200 men a fake “masculinity score,” ostensibly based on their responses to general knowledge questions. Each man was told how they had allegedly performed compared with other men in their country.

The men were then asked questions about their relationships, including how close and committed they felt to their partner and how important their relationship was to them compared with other aspects of their lives, such as work, friends and religion.

Those who had been given the lowest masculinity score reported the least commitment to their relationship.

“Importantly, rigid definitions of masculinity restrict men from expressing vulnerable emotions and decrease their reliance on others,” Atkinson said. “Previous research shows that threats to masculinity can lead men to react with anger, physical violence and sexism. Our findings show how these threats negatively impact a new domain: romantic relationships.

“On the surface, cognitively distancing oneself from a relationship partner may seem like an effective strategy to restore threatened masculinity, but this response may not actually be effective at restoring masculinity in the eyes of others.”

The researchers then asked nearly 600 participants to make evaluations about other men they did not know—how confident, likeable, masculine or feminine they were, how committed they were to relationships and the likelihood of their marriage succeeding—based on limited information. When these strangers were told to evaluate a man who scored low in masculinity on the general knowledge test, learning that he expressed less commitment to his romantic partner did not improve their evaluations of his masculinity.