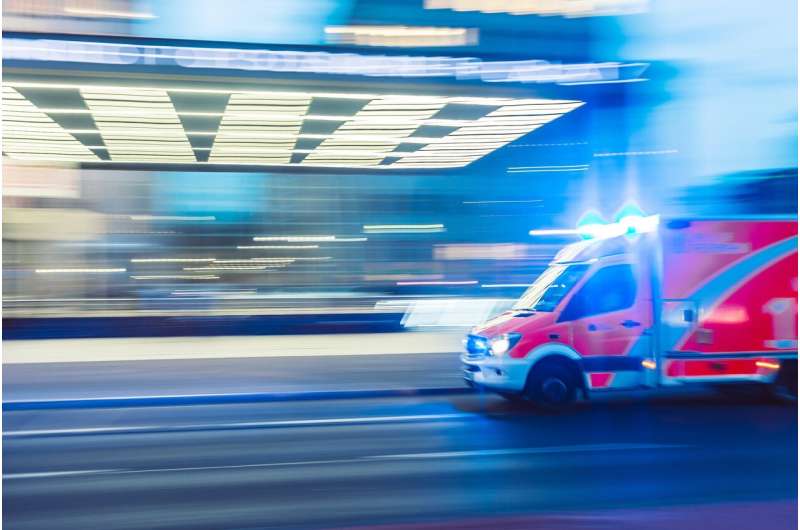 The value of calling an ambulance when chest pain strikes, rather than arranging your own transport, has been confirmed by new research published today by the Medical Journal of Australia.

“The median age of patients arriving by ambulance (64 years) was higher than for the other patients (59 years), and the proportions with hypertension, a family history of coronary heart disease, or prior myocardial infarction, atrial fibrillation, or stroke/transient ischaemic attack were larger.

“Time between arrival at hospital and reperfusion (primary percutaneous intervention or fibrinolysis) was significantly shorter for patients who arrived by ambulance than for other patients.”

Despite the cohort of patients who arrived by ambulance being generally older and more complicated in terms of their cardiovascular complications and comorbidities, “their hospital outcomes are comparable with those of patients who present directly to hospital, presumably because of their more rapid access to reperfusion,” Redwood and colleagues wrote.

In Australia, an estimated 12.7% of patients with STEMI die or have recurrent myocardial infarctions within 30 days of diagnosis. Prompt reperfusion reduces morbidity and mortality, and guidelines consequently aim to minimize the time between symptom onset and reperfusion.

The authors called for a public health message highlighting the importance of calling 000 at the onset of chest pain. “Our finding that patients with STEMI who are older and have more comorbid conditions are more likely to call an ambulance is not novel, but does indicate that this has not changed in recent years.