Anecdotally, love is a matter of the heart. However, the main organ affected by love is actually the brain. Where is love “located” in the brain, and what does it do to our minds and bodies, according to science? We investigate. 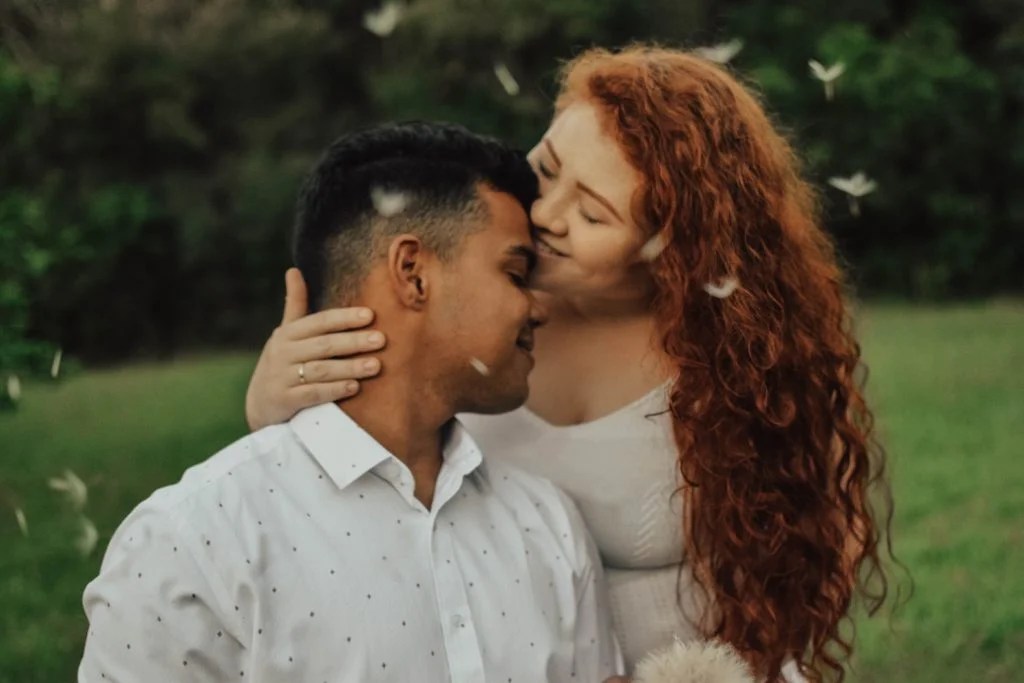 Butterflies in your stomach. That giddy feeling you get when the person you like is nearby. Excitement to be around them again. All of these feelings will be familiar to people who have fallen in love.

However, love itself remains largely a mystery. Why do we fall in love with the people we do? Why do we stay in love, and what makes us fall out of love?

Some of these questions remain unanswered, and researchers from a range of disciplines are still grappling with what makes love … well, love.

Still, scientists have been working for decades to understand the mechanics of love, including how it expresses in the brain and how it “makes us tick.”

So, while we may not yet know everything about this deeply human experience, we do have some good pointers — about its neurobiological underpinnings, at least.

Where in the brain is love?

This is the main question that scientists have striven to answer.

In 2000, Prof. Semir Zeki and Andreas Bartels, Ph.D. — from University College London, in the United Kingdom — set out to find out. They conducted a study with 17 healthy volunteers — both males and females, aged 21–37 — who reported being “truly, deeply, and madly in love” with someone.

In their study — the findings of which they explained in the journal NeuroReport — Prof. Zeki and Bartels conducted brain scans of the volunteers while they viewed images of their significant others.

The scans revealed that when the participants gazed at the face of the person they were in love with, some specific brain areas “lit up.” Those were the medial insula, the anterior cingulate cortex, and segments of the dorsal striatum.

However, there were also some brain regions that appeared to deactivate. These included parts of the right prefrontal cortex, the bilateral parietal cortex, and the temporal cortices.

Further research revealed an even more complex picture of romantic love in the brain.

In a commentary that appeared in FEBS Letters in 2007, Prof. Zeki went on to note that “[t]he areas that are involved [in the neurochemistry of love] are, in the cortex, the medial insula, anterior cingulate, and hippocampus and, in the subcortex, parts of the striatum and probably also the nucleus accumbens, which together constitute core regions of the reward system.”

What does all of this mean? Medical News Today spoke to Sandra Langeslag, Ph.D., who is an assistant professor of behavioral neuroscience at the University of Missouri–St. Louis.

Langeslag is an expert on the neurocognition of romantic love, and she has been studying this topic for years.

“Love,” she told us, “is a very complex process, so many different brain regions (and hormones and neurotransmitters) are involved.”

“There are a number of brain regions that are more active when people look at their beloved than when they look at other people. One of my studies suggests that activation of the caudate nucleus and putamen (which together are called the dorsal striatum) reflects that attending or responding to your beloved is typically associated with positive reinforcement more than attending or responding to other people, or ignoring your beloved, are.”

And because of the complex “mapping” of love in the brain, it is also unlikely that injuring any one of the brain areas associated with this emotion will actually prevent a person from being able to feel love.

“Because there are so many brain regions, neurotransmitters, and hormones involved in love, it wouldn’t really be the case that [people] with specific brain lesions would specifically have issues with love as a result,” Langeslag explained.

How does love affect our minds?

There are some hypotheses, however, that correlate the activation and deactivation of certain brain areas with specific behaviors and attitudes associated with romantic love.

Prof. Zeki, for instance, explains that romantic love activates “brain regions that contain high concentrations of a neuromodulator that is associated with reward, desire, addiction, and euphoric states, namely dopamine.”

This is why, he suggests, people in love get a constant “high” — because dopamine makes us want to bond with others and strengthen existing bonds.

However, he adds that when dopamine levels go up, levels of another brain chemical, called serotonin, decrease. This chemical messenger “is linked to appetite and mood,” says Prof. Zeki.

This change may explain why people in love tend to fixate on the object of their affection, perhaps leading them to think of very little else.

People in the early stages of romantic love may experience “a depletion of serotonin […] to levels that are common in [people] with obsessive-compulsive disorders,” notes Prof. Zeki.

Two other neurochemicals that appear at higher concentrations when a person is in love are oxytocin and vasopressin. Based on findings from animal research, Prof. Zeki notes that both of these chemical messengers facilitate bonding and are associated with the brain’s reward system.

But he also points out that in romantic love, a small brain area called the amygdala becomes deactivated. The amygdala is the part of the brain that coordinates fear responses, helping humans stay safe in potentially dangerous situations.

The fact that it becomes deactivated when a person is in love also means that fear responses are dampened, Prof. Zeki suggests.

He also adds that the decrease in activity in another brain region — called the frontal cortex — may explain why people can be “blind” to red flags shown by a potential romantic partner as they are falling in love. He writes:

“[T]he all-engaging passion of romantic love is mirrored by a suspension of judgment or a relaxation of judgmental criteria by which we assess other people, a function of the frontal cortex.”

Do love and desire overlap?

When we think about romantic love, many of us also think about sexual desire. For numerous couples, love and sex go together. But do love and sex also “switch on” the same areas of the brain?

According to psychiatrist and neuroscientist Stephanie Cacioppo, Ph.D. — currently of the University of Chicago in Illinois — there is some overlap between romantic love and sexual desire.

In a paper she co-authored in 2012, she and her colleagues point out that when someone sees a picture of someone they find sexually arousing, some of the same brain areas activated by romantic affection also become active.

These areas, which include the insula and the anterior cingulate cortex, are also those involved in human reward circuitry. This reinforces behaviors that allow the species to survive, such as eating and drinking.

However, other researchers point out that love and desire, though they do overlap in the brain, do not do so all the way.

Also in 2012, researchers from Concordia University in Quebec, Canada, conducted a review of the studies that had aimed to “map” the location of romantic love versus sexual drive in the brain.

The team concluded that although both love and desire appear to be connected with a brain area called the striatum, they each activate specific — and different — locations in that area.

The researchers explain that desire activates parts of the striatum associated with “automatic” reward responses, such as eating, drinking, and having sex.

Love, on the other hand, activates the parts of the striatum associated with “learned” reward responses — or the things that we come to associate with pleasurable sensations in time and through experience.

However, this is also the part of the striatum that is linked to addiction, which has prompted researchers to suggest that love itself may manifest like an addiction in the brain.

“Love is actually a habit that is formed from sexual desire as desire is rewarded,” speculates co-author Prof. Jim Pfaus, reflecting on the “location” of love versus sexual desire in the brain.

“It works the same way in the brain as when people become addicted to drugs,” he adds.

Can we control love?

Because love is such a complex, and often surprising, experience, there is some question as to whether or not people are able to control it.

In 2016, Langeslag and colleagues turned their attention to precisely this topic. Working with a group of 32 participants, all aged 18–30 and all in love, the researchers aimed to assess whether or not these individuals were able to exert any control over their feelings.

Langeslag told us that “some people think that love is a natural process that shouldn’t be controlled, or that love regulation is very difficult or even impossible.”

“[H]owever,” she added, “people are actually able increase or decrease their love feelings for someone.” How? The answer, she explained, is actually fairly simple:

“If you want to decrease your feelings of love for someone, you should think about his or her negative qualities (e.g. he never puts his socks in the hamper) and the negative qualities of your relationship (e.g. we often fight). You could also imagine negative future scenarios (e.g. he’ll cheat on me).”

The opposite approach can also work, she told us. “If you want to increase your feelings of love for someone, you should think about his or her positive qualities (e.g. he’s so funny) or the positive qualities of your relationship (e.g. we have the same values).”

“Thinking these negative or positive thoughts will only change your love feelings a little bit, and the effect will wear off after a short period of time,” she said.

As to why someone may want to change their romantic feelings, in her study paper, Langeslag explains that love regulation could be useful in different contexts.

For example, a person might want to try to boost their affection for a spouse — perhaps they have been together for a long time, and the novelty of love has started to wear off.

The trouble with love science

Despite all the available research about love and how it expresses in the human brain, much remains unknown. This is because studying love can be a difficult task.

“In my research, I assume that there are at least three different types of love: sexual desire, infatuation (or passionate love), and attachment (or companionate love),” Langeslag explained to MNT.

Then, there is a question about the extent to which humans and other animals share the same experiences of love or attraction.

“By studying those animals in those situations, we have learned quite a bit about the neural basis of sexual desire and attachment. However, I don’t know if animals experience infatuation, or how we would be able to tell when they do,” she added.

And because many studies to date — even those related to love — have been in animals, it can be hard to tell to what extent those findings also apply to humans.

“As a result,” Langeslag explained, “we know a lot less about the neural basis of infatuation [passionate love].”

“How do I love thee? Let me count the ways,” wrote poet Elizabeth Barrett Browning almost 200 years ago.

“Freely,” “purely,” “and “with passion” is the answer she outlines in her poem, but when it comes to understanding how these attributes of love contribute to our embodied human experience, scientists still have a long journey ahead.