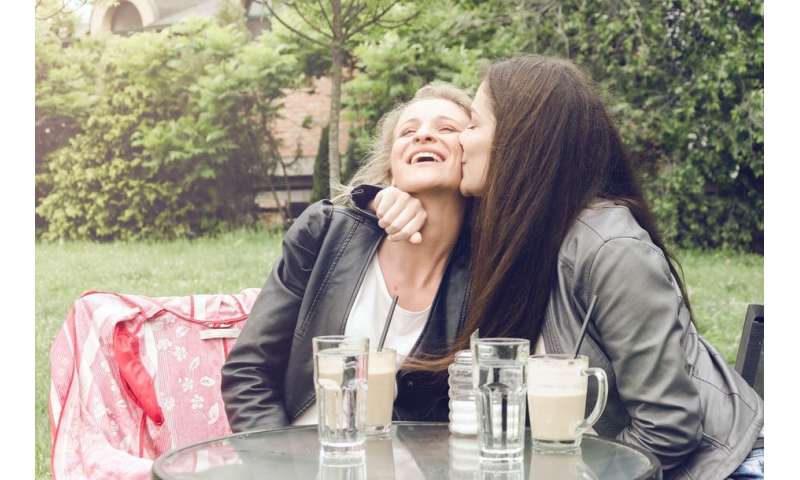 When announcing a ban on people in six local government areas south-west of Melbourne hosting visitors in their homes, Victorian Premier Daniel Andrews said this week:

“People are not necessarily keeping their distance in their family home. It’s a natural thing, you let your guard down. Hugs and kisses and handshakes, not necessarily adhering to the protocols that are a feature of hospitality, cafes, restaurants, pubs being open. They are supervised environments. They are regulated environments. There are time limits, for instance. They’re in a very different set of circumstances.”

I know that it may seem, as I said, counterintuitive that you can go to the pub but you can’t go to your mate’s place, but ultimately that’s where the data drives that decision […] That’s where the transmission is.

His comments allude to an element that hasn’t been discussed enough in the pandemic so far—the fact that how we perceive personal risk, and how well we comply with public health measures, can change depending on whether we are around people we know or strangers.

Have you hugged a friend or relative and then sat down for a catch up coffee? Have you laughed with a colleague during after-work drinks, while sharing a packet of chips? Did you feel safe? Did you feel the need to sit 1.5 meters away from them or wear a mask? Your answers may depend on what state you’re in but we know that even in Victoria, where the COVID-19 case numbers are worst, too many people are not following the rules around isolation and distancing.

Despite reported fears about catching COVID-19 from passing joggers, cyclists or other strangers on the street, a growing body of literature tells us you are more likely to contract COVID-19 in households, at family gatherings and in restaurants.

A study from China found 16% of household contacts developed COVID-19, and that spouses of the index case (meaning the first person to spread it in that cluster) were more likely to get infected than other family members.

This has been documented in other studies, including one showing that compared with “social activity contacts” of an infected person (meaning socializing with friends with whom you do not live), the risk of being infected was more than 20 times higher for the spouse and more than nine times higher for other family members.

These findings are not too surprising, as family members will have more close contact, for longer periods with a positive person within the household.

But the risk is compounded by the fact we are less likely to pay attention to other protective measures including washing hands or wearing a mask.

In other words, by letting down our guard around those we love most.

A number of common factors contribute to heightened risk at family gatherings such as birthdays or funerals. Mingling, hugging (in celebration or condolence), singing, shared bathrooms, indoors or crowded spaces, all help increase the risk of transmission.

While there is no evidence COVID-19 is spread by food, people sharing utensils and congregating around food service areas can pose a risk. It’s also unlikely people will be using a face covering in such settings.

In restaurants, people tend to sit close to other members of their group, talking, laughing, potentially taking food from common serving dishes. Many clusters have been linked to restaurants including one in the US that spread across 13 counties and led to 152 cases (as a result of dining at a single restaurant).

In each of these settings, there are of course other factors heightening transmission risk, including the size of venue, seating arrangements and whether air conditioning is used. However, how people interact plays an important role—and we know interactions are likely to be closer and more involved around those we know well.

How we feel affects how we act

It’s worth noting even people who have been trained on when, why and how to conduct hand hygiene can still be influenced by how they feel about the person in front of them.

For example, the condition (including physical appearance and level of cleanliness) of a patient can influence a nurse’s hand washing behaviors.

What can you do?

If you’re in a state that is not in lockdown, but where the risk of COVID-19 still looms large, it’s worth thinking carefully about your own behaviors when you are around friends and family. Consider smaller gatherings, hold them outdoors, seat people from different households apart, don’t share objects or food, and make sure everyone comes from the same local area.