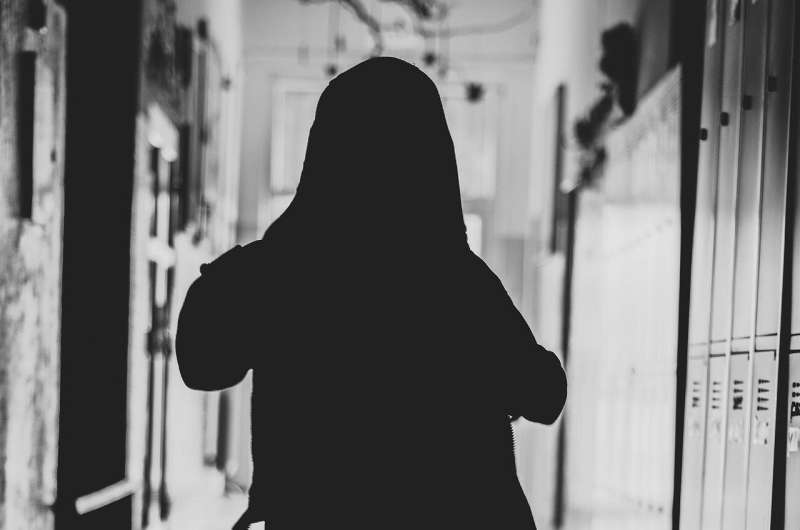 Whenever a massacre takes place at a U.S. school, like the one at Robb Elementary School in Uvalde, Texas, discussions often follow about whether school officials may have missed any “red flags.”

As a researcher who specializes in supporting student mental health, I believe these discussions are overlooking important issues. To prevent school violence, the discussion must shift. Rather than what schools missed, the emphasis should be placed on how schools can be more proactive about identifying students with mental health needs before they display signs of distress.

Ideally, schools should be the one setting in which all youths have consistent access to caring adults. A typical elementary school teacher will spend more than 1,000 hours with students per school year and thus are in an ideal position to recognize behavioral and emotional changes in students.

However, teachers rarely receive training in mental and behavioral health, which makes them more likely to focus on student behaviors that disrupt instruction, such as aggression and talking out of turn. It is little surprise that sending kids to the office—known in the field as an office discipline referral—continues to be a primary mechanism for identifying students in need of emotional, behavioral and mental health supports.

Challenges to being more proactive

Increasingly, schools have adopted a framework known as Positive Behavioral Interventions and Supports, a proactive system meant to teach essential social skills and prevent later behavior problems. The system is meant to create a positive school environment through support at the school, classroom and individual levels. This includes setting schoolwide expectations for behavior and helping teachers with classroom management. Rather than being punished for bad behavior, students are recognized for positive behavior.

However, even in schools that use Positive Behavioral Interventions and Supports, the reactive approach of using data about how often kids are sent to the office is still used.

Why are discipline referrals a problem? Consider a typical referral process. Research has consistently shown that Hispanic and African American male students are sent to the office at a disproportionate rate. Behaviors that are disruptive to instruction, such as talking out of turn, are more likely to lead to referrals, while students with more quiet and internal concerns, such as anxiety or stress, are often overlooked. Discipline referrals are unreliable and rarely provide information on how schools can help students.

Many school safety plans have focused on physical security measures, such as metal detectors and armed school resource officers. However, a comprehensive and effective safety plan includes physical and psychological safety.

Since 2012, I have been researching universal screening tools as a way to proactively identify students in need of emotional or mental health support. A universal screening tool is a brief assessment that usually takes less than two minutes to complete and measures early indicators of social, behavioral and emotional needs. For instance, an assessment might ask teachers how frequently a student engages in arguing and impulsive behavior or is sad. Students are asked the same or similar questions about themselves. A teacher may complete a screening tool on each student in the classroom in less than 30 minutes for the whole class.

These tools are not diagnostic but rather show general areas where a student may benefit from help, such as emotional coping skills and anger management.

Research from my colleagues and me over the past decade has consistently found that screening tools accurately detect students in need of additional support in school. Evidence shows they work across a wide age range and help determine what kind of intervention is needed.

Research has found these screening tools show that students who self-report as being at risk are likely to have poor grades and lower test scores on statewide tests.

My colleague Stephen Kilgus, an associate professor of school psychology, and I developed the Social, Academic, and Emotional Behavior Risk Scale—also known as SAEBRS—which has been used in rural, suburban and urban school districts across the United States.

Nearly a quarter of U.S. schools now use some type of systematic tool to evaluate the mental and emotional health of students. This is up from approximately 13% in 2014.

And yet the majority of schools do not use these sorts of proactive tools. Administrators cite costs, time and lack of school mental health professionals as barriers to using screening tools.

Despite the costs of time and money, these screening tools can pay off in the long run. Ultimately, screening tools connected to prevention systems may reduce significant behavior concerns by up to 50% and suspensions by 22%. This results in substantial time and cost savings.

To begin, screening plans should include who completes the screening tool. Having both teacher and student perspectives is essential.

New research has demonstrated the benefit of multiple raters. Students as young as kindergartners can use the tools to report mental health needs when the tools, which feature child-friendly language.