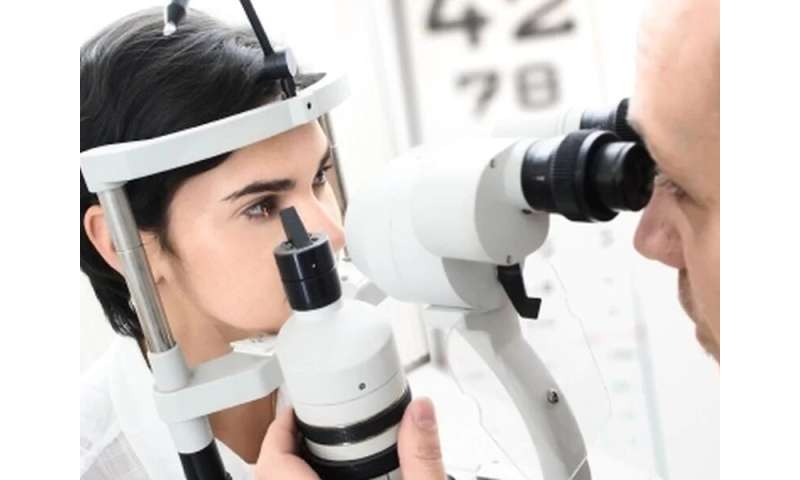 (HealthDay)—In older women, objectively measured visual impairment is associated with a twofold to more than fivefold increased risk for dementia, according to a study published online April 16 in JAMA Ophthalmology.

Elaine M. Tran, of the Stanford University School of Medicine in Palo Alto, California, and colleagues compared the likelihood of dementia or mild cognitive impairment (MCI) among women with and without baseline visual impairment. The cohort study included 1,061 women aged 66 to 84 years old, 183 of whom had objective visual impairment. Visual impairment was identified through questionnaires and visual acuity measurements with three threshold levels: 20/40 or worse, 20/80 or worse, and 20/100 or worse in at least one eye. Mean follow-up after enrollment was 3.8 years.

The researchers found that of the 183 women enrolled with objective visual impairment, 42 (4.0 percent) were ultimately classified as probable dementia and 28 (2.6 percent) were classified as MCI, which did not progress to dementia. Objectively measured visual impairment upon enrollment was associated with a twofold to more than fivefold higher risk for subsequent dementia development. The risk for dementia was greatest in the group of participants with a visual acuity of 20/100 or worse, and findings were similar for the risk for MCI. Self-reported visual impairment was not associated with a risk for dementia or MCI. The investigators cited low incident dementia and MCI cases as a study limitation and stated further research is warranted to fully identify persons at risk for developing dementia and MCI.