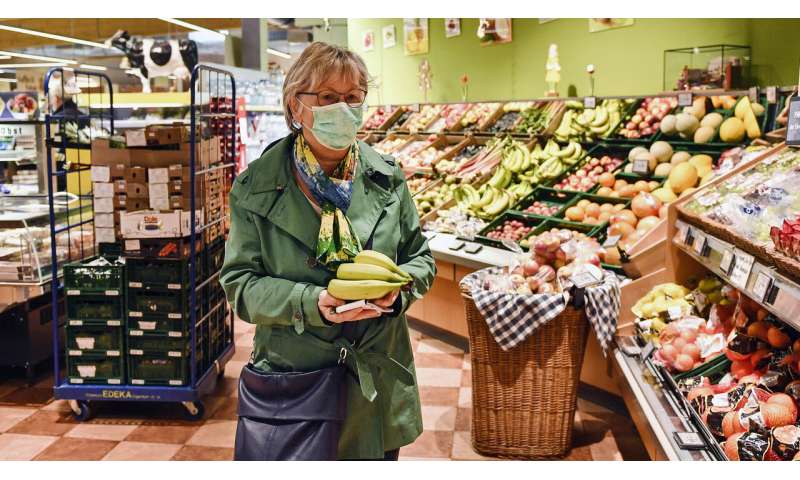 The U.S. warned Americans to avoid all international travel and told citizens abroad to return now or face an “indefinite” absence, and California’s governor asked all 40 million residents to stay home, to try to slow a pandemic toll that on Friday surpassed 10,000 people worldwide.

Wuhan, China, where the outbreak began, offered a ray of hope with no new infections reported for a second day in a row and only 39 cases reported nationwide—all of them brought from the outside, the government said.

In a measure of how the fortunes of East and West have shifted, a Chinese Red Cross official heading an aid delegation to Milan castigated Italians for failing to take their national lockdown seriously. Sun Shuopeng said he was shocked to see so many people walking around, using public transportation and eating out in hotels.

But globally, governments are trying to balance the need to lock down residents with the need to keep food, medicine and other essentials flowing.

“We need to keep the country running”, Macron said. 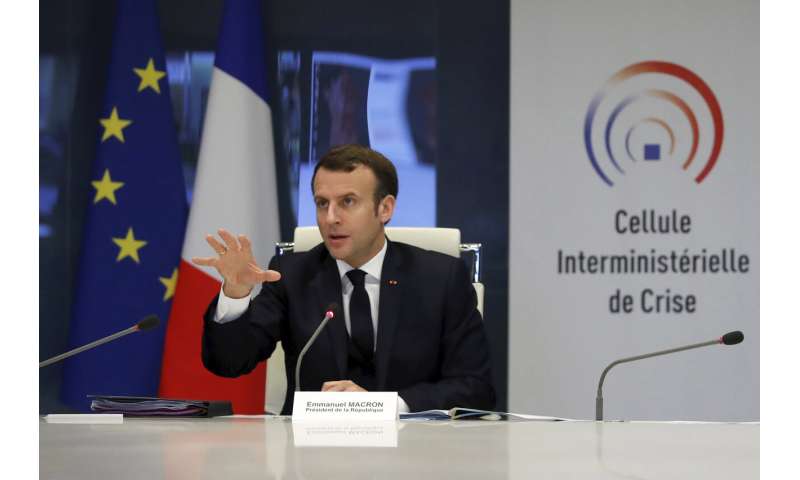 Italy surpassed China in deaths from the outbreak, and Iran’s official toll was rising quickly as well amid fears it is underreporting the scale of the pandemic.

Iran accused the United States of helping spread the virus by retaining sanctions that prevent it importing desperately needed medicine and medical equipment.

In other words, while the U.S. is trying to curb the virus internally, it is helping the spread of the virus externally,” Iran’s U.N. mission said in a statement.

Worldwide, the death toll from COVID-19 passed 10,000 and infections exceeded 244,000, according to a Johns Hopkins University tally. Italy, with 60 million citizens, has recorded 3,405 deaths, exceeding the 3,248 in China, a country with a population over 20 times larger.

Though the illness is mild in most people, the elderly are particularly susceptible to serious symptoms. Italy has the world’s second-oldest population, and the vast majority of its dead—87%—were over 70. 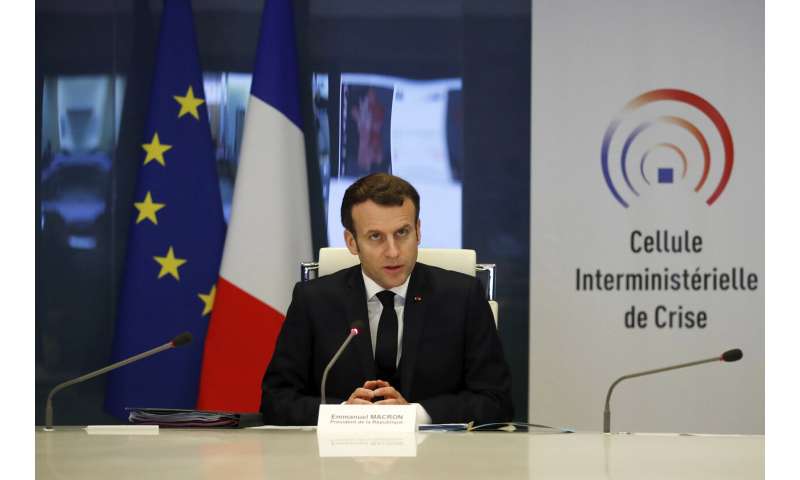 More than 86,000 people have recovered, mostly in China, but the pace is much slower than the spread of the virus. Recovery takes two weeks or so for mild cases but can be up to six weeks for those that turn serious, according to the World Health Organization.

Nations are imposing ever-stricter border controls and lockdowns to keep people at home and keep away outsiders, hoping to slow the spread of the virus while preparing for an onslaught of sick patients. U.N. Secretary-General Antonio Guterres warned of a looming global recession “perhaps of record dimensions.”

In California, Gov. Gavin Newsom said that if strong action wasn’t taken, 56% of the state’s 40 million residents could contract the virus over the next eight weeks. He expanded restrictions on nonessential movement outside of homes, saying it was necessary to control the spread of the virus, which was threatening to overwhelm California’s medical system. 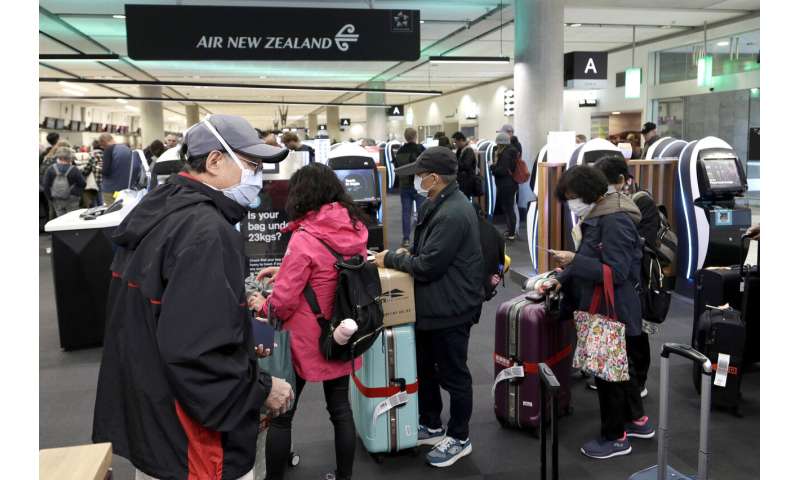 Similar restrictions are in place in virus hotspots like Italy, Spain and central China.

The Trump administration upgraded its already dire warning to Americans against all international travel, and the State Department announced new restrictions on the issuance of passports to U.S. citizens. In Morocco, several hundred Americans are scattered in cities around the country, sleeping on floors in the Marrakech airport, holed up in one of the last hotels open in Rabat and banding together on a Facebook group—U.S. Citizens Trapped in Morocco.

“The airport in Marrakech is crowded. People are touching shoulder to shoulder and many are sleeping on the floor,” said student Corrine Schmaedeke, who managed to get a ticket Thursday to fly home after eight cancellations.

“The U.S. Embassy did nothing to help us,” she said, adding that information was coming instead from the British Embassy. 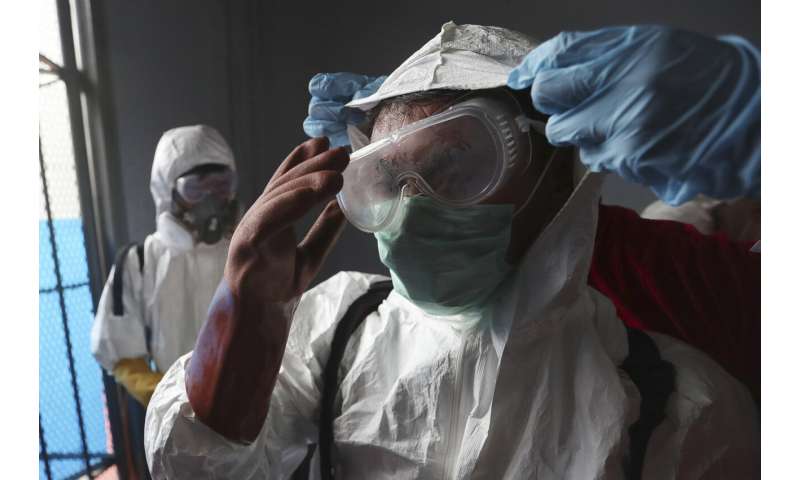 At home, the U.S. Army prepared mobile military hospitals for deployment in major cities, and motorists waited in long lines for nurses to swab their nostrils at new U.S. drive-thru testing sites. Deaths have reached at least 205 and New York City is rapidly becoming a U.S. epicenter, with more than 4,000 cases.

New York Gov. Andrew Cuomo said the state needs to acquire thousands of ventilators, which would help the critically ill breathe, before the outbreak overwhelms hospitals. At a video conference with Trump, governors complained they were having difficulty obtaining such things as swabs and protective gear for doctors and nurses.

“We literally have people in China shopping for ventilators which is one of the largest manufacturers,” Cuomo said.

Damage to the world’s largest economy kept increasing, with the number of Americans filing for unemployment benefits surging by 70,000 last week. 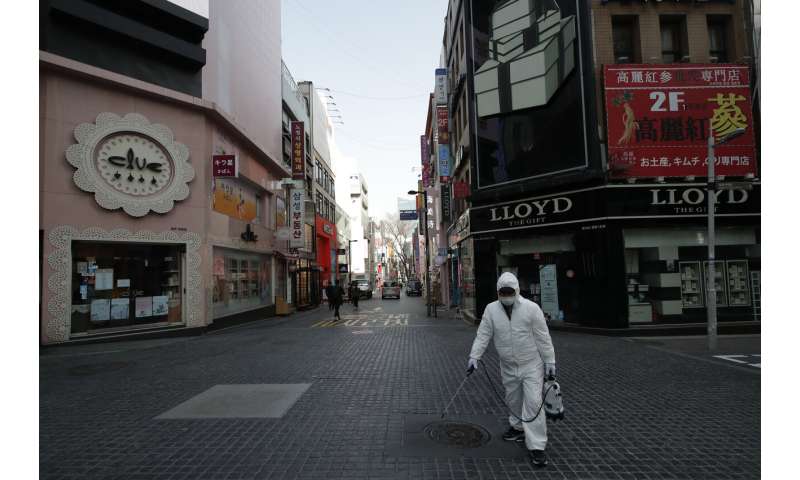 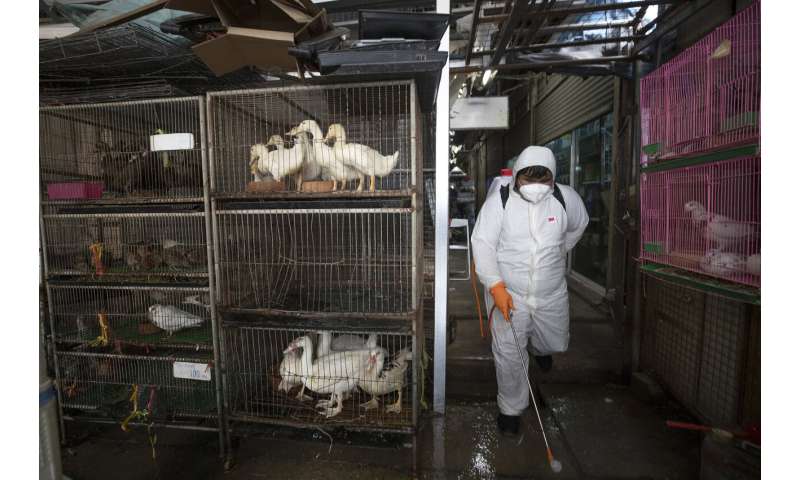 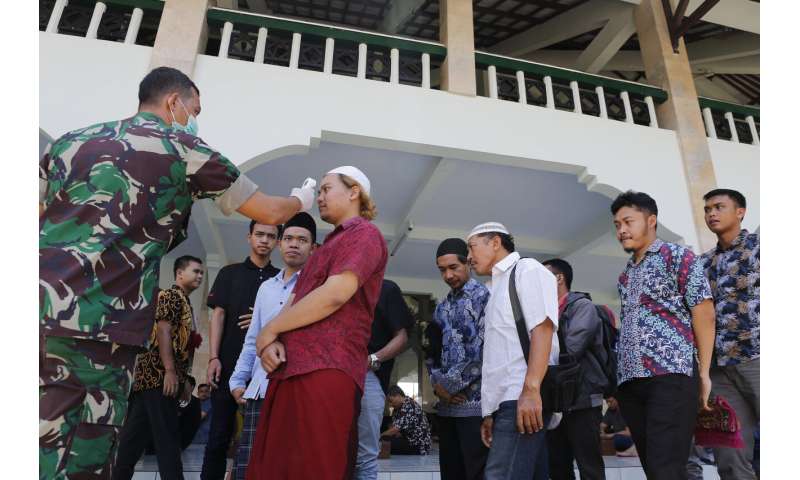 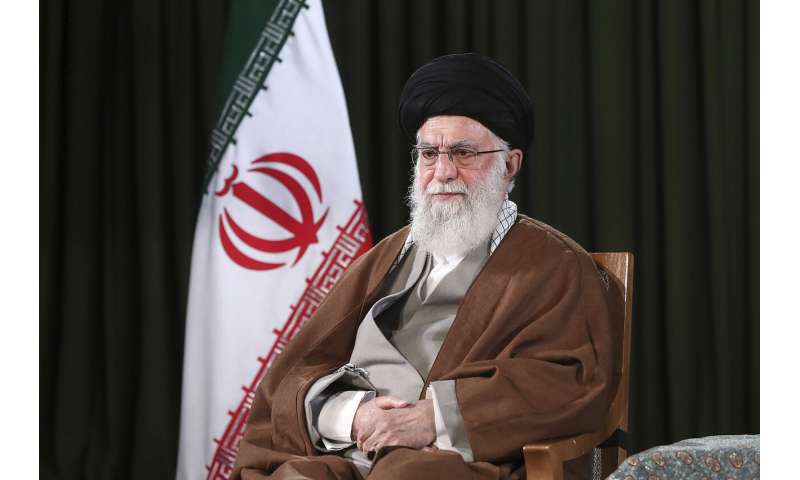 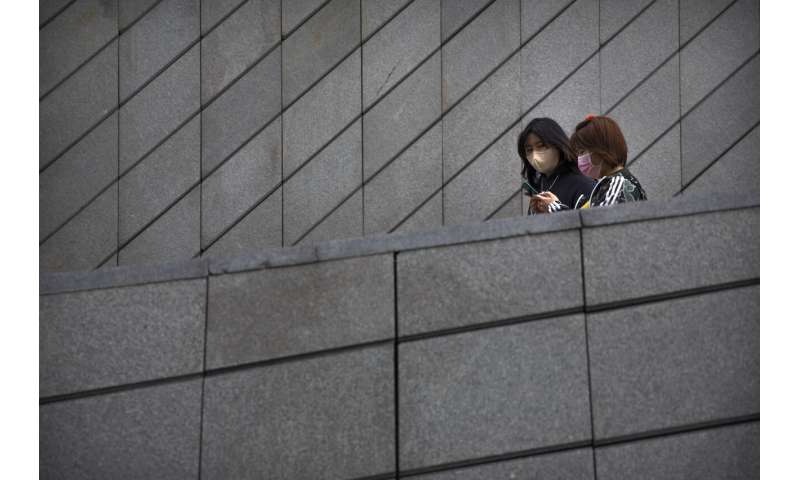 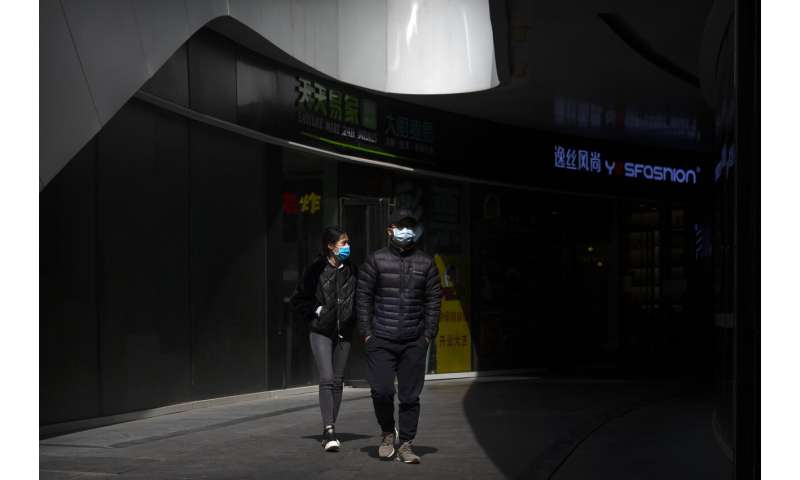 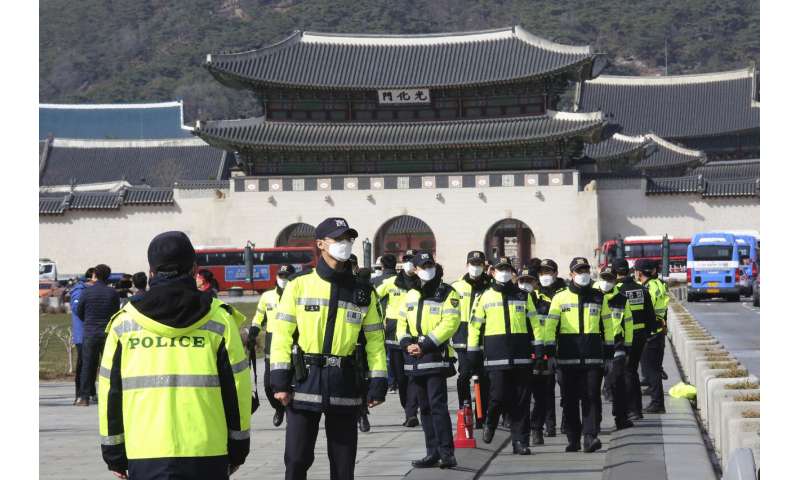 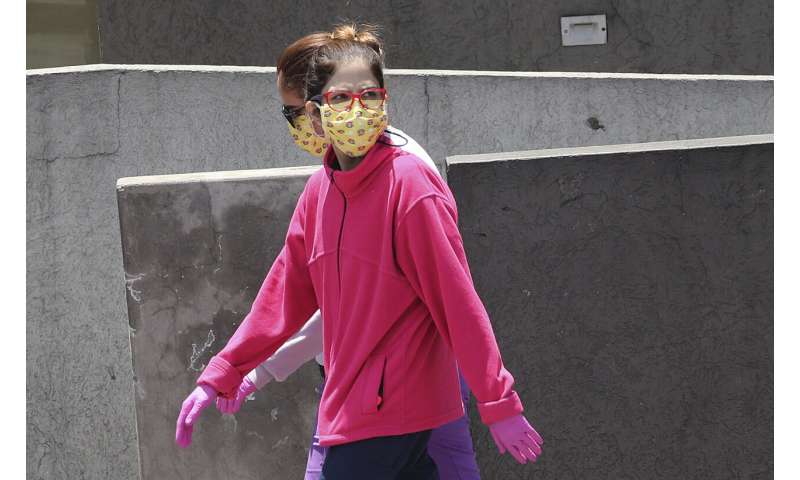 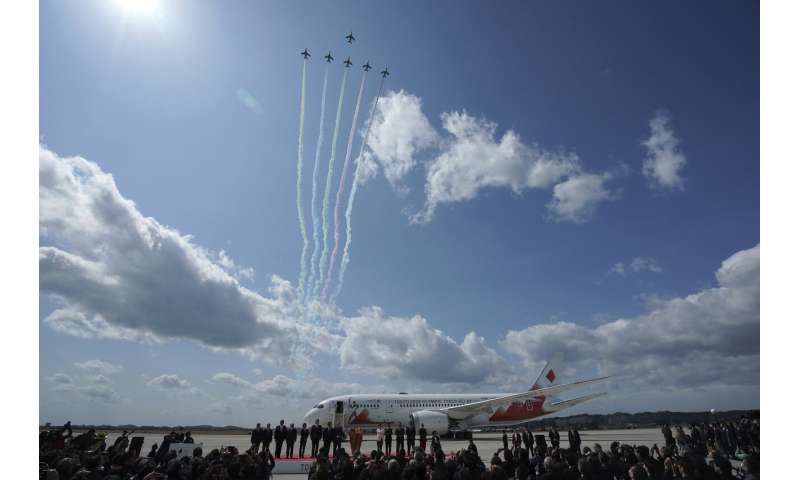 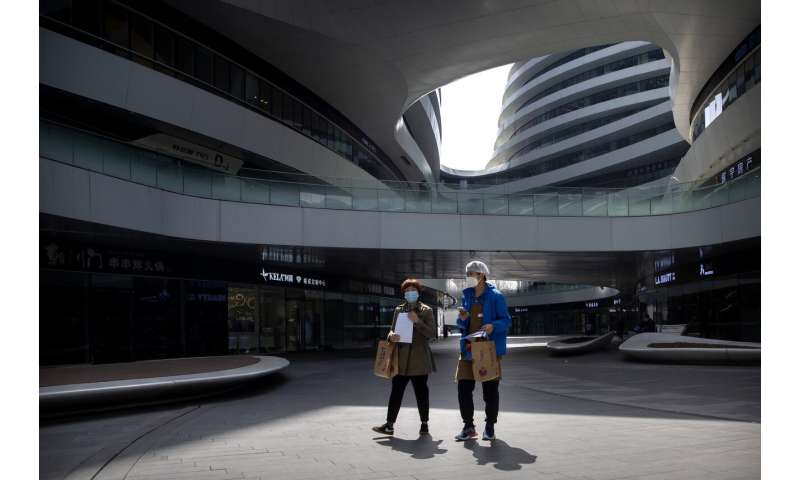 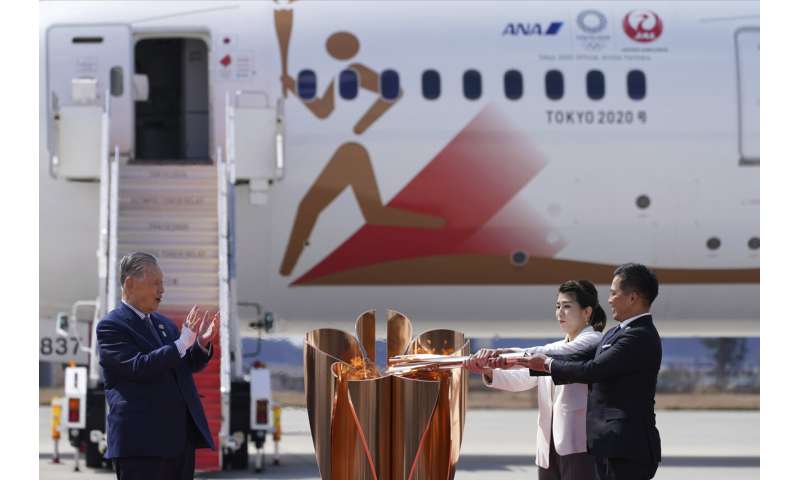 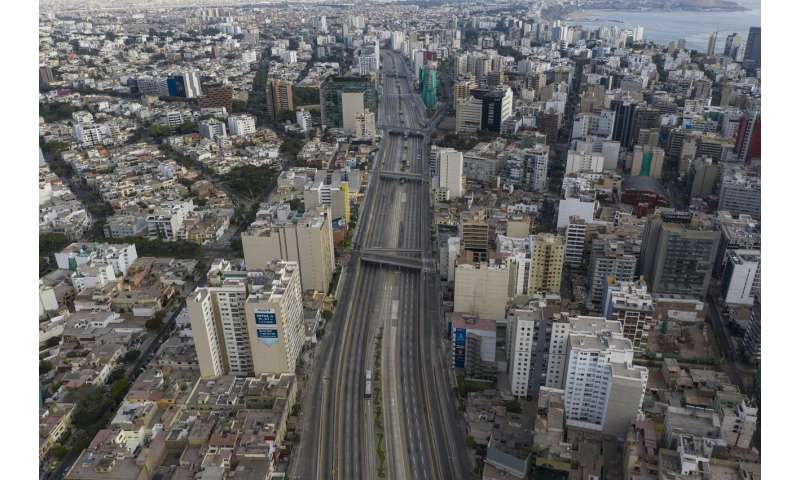 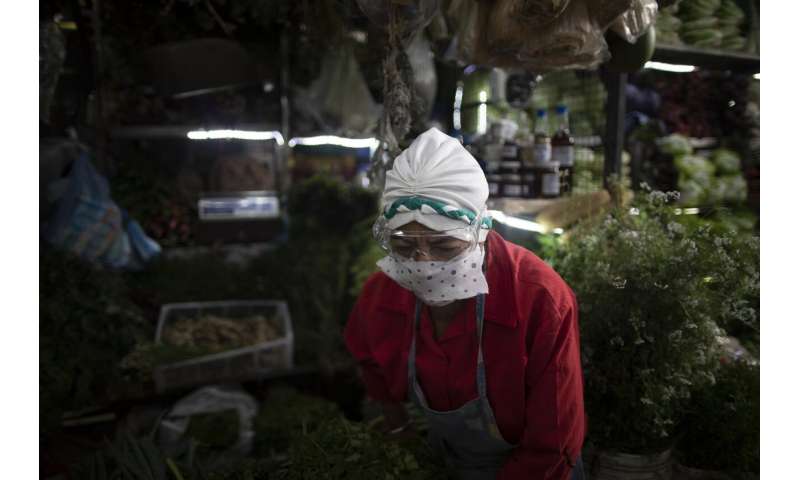 Congress is weighing a proposed $1 trillion emergency package that would dispense relief checks to households in as many as two rounds, the first of which would consist of payments of $1,000 per adult and $500 for each child.

And New York Mayor Bill de Blasio lashed out at the president as “the Herbert Hoover of your generation,” referring to the man who was president when the stock market crashed in 1929 and the Depression set in.

A Houston hospital that opened its doors to drive-thru testing quickly saw a line of hundreds of vehicles stretching more than a mile. At a white tent, workers in masks and head-to-toe protective gear swabbed motorists. Petra Sanchez waited to find out whether she had the virus.