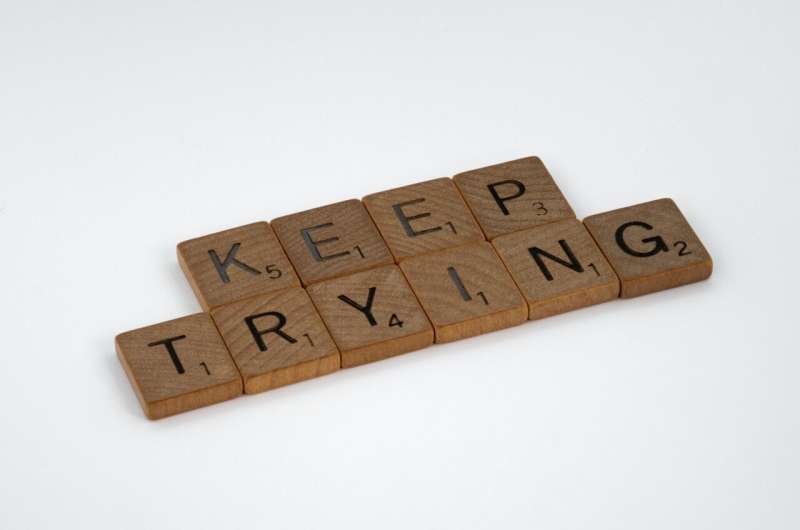 A new analysis of the personality trait of grit found that people who showed higher levels of grit also had different patterns of cognitive performance—but not necessarily enhanced cognitive performance. Nuria Aguerre of the University of Granada, Spain, and colleagues present these findings in the open-access journal PLOS ONE on June 22, 2022.

A person with grit is someone who displays notable perseverance in pursuit of long-term goals, even in the face of setbacks. Researchers typically measure it with an evaluation tool known as the Grit Scale. While previous studies have suggested a potential link between grit and certain aspects of cognitive functioning, no studies have directly examined this relationship.

Statistical analysis of the questionnaire and experimental data revealed that, contrary to the researchers’ predictions, people with higher grit scores did not necessarily score higher on overall cognitive ability. However, in line with prior research, grit was statistically linked to the personality traits of low impulsivity and high mindfulness, which are both related to self-regulation.

However, albeit to a lesser statistical extent, participants high in grit did show different patterns of cognitive performance. The researchers characterized this cognitive profile as showing cautious control: an enhanced ability to pay attention to all available information and remain sensitive to conflicting information in the present moment, while relying less on earlier information.

Overall, these findings suggest that different patterns of cognitive ability—not necessarily greater ability—may underlie grit. This is in line with other researchers’ previously proposed ideas. The researchers describe this study as exploratory and suggest that future research could delve deeper, such as by including a more comprehensive measure of grit and by also considering a cognitive ability known as fluid intelligence.