It turns out a leopard can change its spots.

The traditional view that personality traits are fixed has been upended and a new paper says there is now enough evidence to prove it’s possible for humans to alter them with effort. 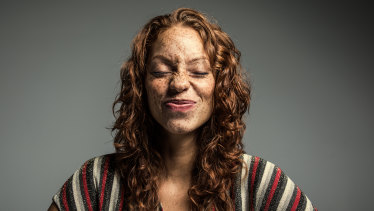 It takes effort, but we can change personality traits to improve our lives and wellbeing.Credit:Getty

Personality traits, like being sociable and outgoing, conscientious and hard-working, kind, considerate and compassionate might be a “particularly sweet spot” at the interface of social science and public policy, said the researchers from the University of California’s department of psychology.

The paper, published in American Psychologist, argues that personality change should be a target for policy change because our traits affect a range of important outcomes including our health, wellbeing, education and income.

Specifically, they said targeting personality change, through schools, occupational settings or focused interventions like therapy, could influence how policymakers addressed the long-term impact of social media and video games, how to help children to be kinder and work harder at school, how to help people adapt to new environments and how to help people age with grace and dignity.

There are a variety of ways we can transform our traits, which are partly genetic but can be influenced by environment and experience.

Though using government policies to change people’s personalities “sounds rather Orwellian”, Dr Elizabeth Temple, from the University of New England’s school of psychology, says the paper is “good” in showing how we might consider using such knowledge to improve people’s wellbeing.

Luke Smillie, an associate professor of psychology at the University of Melbourne, says that while personality change is not new to many psychologists, the research around what it takes to make those changes is.

“Personality is like 'climate', whereas a lot of other things we study in psychology — behaviour, emotion, etc — is like 'weather',” Smillie explains. “Weather fluctuates from day to day, but the climate describes a region's weather on a longer time scale (but, can also change!).”

While it takes time, there are a variety of ways we can transform our traits, which are partly genetic but can be influenced by environment and experience; both positive and negative.

“It’s a case of ‘nature’ interacting with ‘nurture’,” Temple explains.

Research has shown that certain work experiences, for instance, can increase emotional stability, agreeableness, and conscientiousness. Romantic relationships — particularly our first romance — also appear to be related to trait changes as do life transitions such as retirement.

A recent meta-analysis of more than 200 studies found that clinical interventions lead to marked changes in personality traits too, especially neuroticism. There is also evidence to support a "fake it 'til you make it" approach, Smillie says. “If you want to be more adventurous and open to experience, then look for opportunities to try new things, and take a leap where you might usually hold back,” he suggests.

Regardless of whether personality change is targeted formally through policy, it’s important to remember it is possible for all of us, Temple says, using parenting as an example of how our personality can be impacted.

“When we decide that something is unchangeable because that is ‘just their personality’, ‘the way they were born’, or ‘how they have always been’, we can actually undermine important developmental processes,” she says.

If you want to be more adventurous and open to experience … take a leap where you might usually hold back.

“For example, the ‘boys will be boys’ attitude is often associated with lower expectations regarding boys’ abilities to be conscientious, hence, less effort is then put into developing this aspect of their personality. Similarly, being overly concerned about the safety of girls often leads to reduced opportunities for them to explore their world and develop important competencies and feelings of self-efficacy, which can contribute to higher levels of neuroticism.”

Some traits — like conscientiousness — typically develop naturally throughout the course of our lives “without us putting in any specific effort”, Temple says.

Actively targeting traits to change, however, can be an effective way to create “a broad range of positive outcomes”, Smillie says.

“People might also have personal reasons for developing certain aspects of themselves. They might want to be kinder, more sociable, or organised (fore example, to 'get their s— together'),” he says.

But pushing people to change can “backfire”, he warns.

“For instance, my colleagues and I found that assigning people to act more extroverted than usual for a week was effortful and fatiguing, so I'd be wary of pushing people to change their traits 'for their own good',” Smillie says.