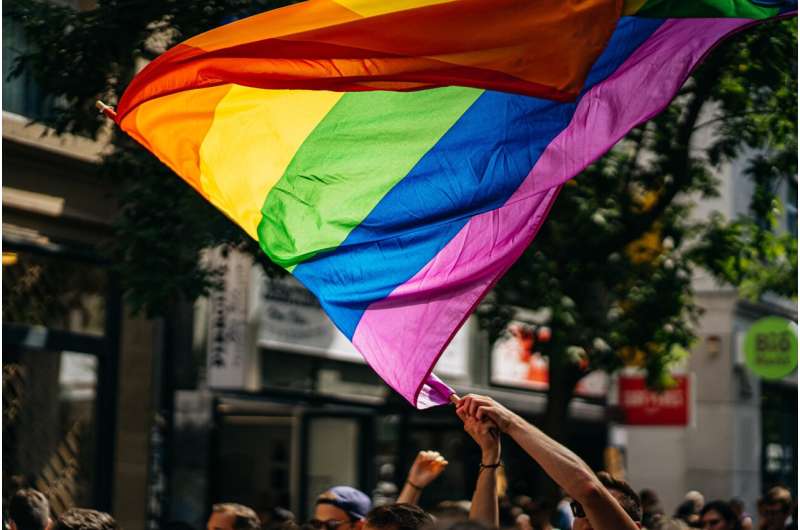 Recent studies estimate that 1.8% to 2.7%—or approximately 750,000 to 1.1 million—adolescents in the U.S. identify as transgender or nonbinary. Many of these trans youth experience high levels of negative mental health symptoms due to anti-transgender stigma, discrimination and lack of family or peer support. A 2021 study found that as much as 72% of trans youth were depressed, and half had seriously considered suicide.

We are an epidemiologist and fourth-year medical student who study ways to make clinical care more inclusive for trans and nonbinary people. We conducted a study in collaboration with the Seattle Children’s Hospital Gender Clinic that found that transgender youth on puberty blockers and gender-affirming hormone therapy are less likely to report depression and suicidal thoughts.

Puberty blockers are medications that delay puberty. By temporarily stopping the body from making the hormones that lead to puberty-related changes, young people and their families are given time to pause and make health decisions. These medications have been used for over 30 years to treat young people with puberty that starts too early, also called precocious puberty.

Gender-affirming hormone therapy, like testosterone or estrogen, are medications that allow trans youth to experience a puberty appropriately aligned with their gender.

Social support, as well as access to gender-affirming care, is known to significantly reduce poor mental health in trans youth. In addition, several recent studies have suggested that early access to puberty blockers and hormones during adolescence can have long-term positive effects that last into adulthood. Despite these benefits, many young people face significant barriers in accessing gender-affirming care. Only 1 in 5 youth who need hormones have been able to access them.

To further examine the mental health effects of puberty blockers and hormone therapy, we followed 104 trans and nonbinary youth ages 13 to 20 during their first year of gender-affirming care. After one year, we found that young people who began puberty blockers or gender-affirming hormones were 60% less likely to be depressed and 73% less likely to have thoughts about self-harm or suicide compared to youth who hadn’t started these medications.

In addition, young people who were unable to start these medications within three to six months of their first appointment with a medical provider had a two- to threefold increase in depression and suicidal thoughts. Our findings suggest that delays in prescribing hormones and puberty blockers may worsen mental health symptoms for trans youth.

What this means for anti-transgender legislation

2021 and 2022 have been record-breaking years for anti-transgender legislation, including attempts to criminalize gender-affirming care for trans youth.