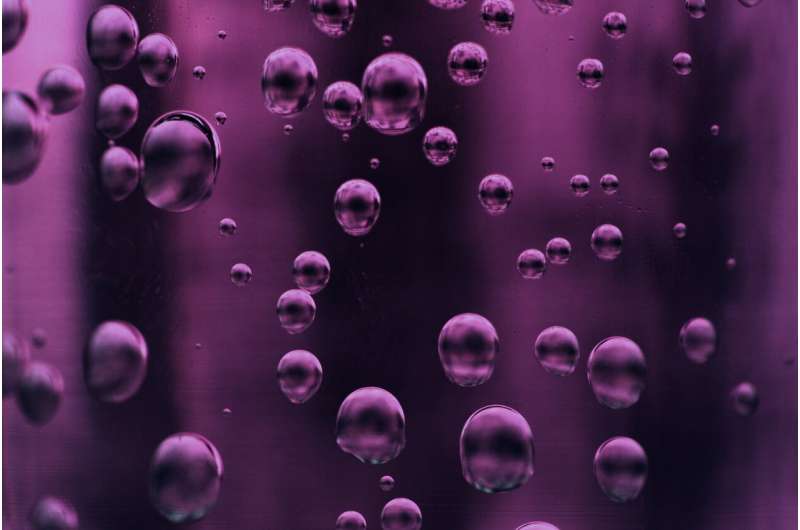 Scientists hope that tiny sacs of material excreted by cells—so-called extracellular vesicles—can be used to deliver drugs inside the body. Researchers at Karolinska Institutet now show that these nano-bubbles can transport protein drugs that reduce inflammation caused by different diseases. The technique, which is presented in Nature Biomedical Engineering, shows promising results in animal models.

Extracellular vesicles (EVs) are important in inter-cellular communication as carriers of biological signals. They are nanometre-sized membrane-coated packages excreted by cells that can deliver fatty acids, proteins and genetic material to different tissues.

The tiny bubbles are found naturally in bodily fluids, are able to pass through biological barriers, like the blood-brain barrier, and can be used as natural carriers of therapeutic substances. Consequently, EVs have garnered growing interest as potential drugs.

TNF-α and IL 6 form in the body under inflammatory conditions such as multiple sclerosis (MS) and inflammatory bowel disease (IBD), and play a key part in inflammation and the subsequent tissue damage. This knowledge has resulted in the development of biological drugs that dampen the inflammatory response by inhibiting TNF-α and IL 6.

In the present study, the researchers tried to inhibit the inflammatory substances using therapeutic EVs that express on their membranes the receptors that bind to IL 6 and TNF-α.

“We used different methods to optimize the expression of receptors and tested the different variants of EVs in inflammatory cell models to identify which strategy gave the greatest anti-inflammatory effect,” says Dhanu Gupta, doctoral student at the Department of Laboratory Medicine, Karolinska Institutet, joint first author of the study with departmental colleague Oscar Wiklander.

The researchers then examined the effects of therapeutic EVs in three relevant inflammatory animal models for sepsis (blood poisoning), MS and IBD.

In the animal model for sepsis, treatment significantly improved survival, suggesting a successful dampening of the inflammatory response.

In the MS model, the researchers also found a significant reduction in the neurological symptoms seen in MS flare-ups. Treatment with EVs expressing both receptors also showed a significant increase in survival in mouse models for IBD.