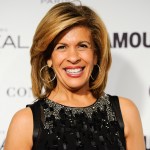 She did make it through the night, and when she was stable the next morning, a lactation consultant encouraged me to go to a meeting for new moms. I went. I went because I was a new mom and I thought that’s what new moms were supposed to do.

Being in that room was like scraping gravel over a raw wound. The other three new mothers in the room had their babies beside them. Their babies were breathing on their own. Mine was in the NICU, hooked up to machines that served as a lifeline to life. Instantly, I knew I’d made a mistake. I was not just a new mom. I was something else, and in trying to pretend I wasn’t, I broke my own heart.

Going to that meeting didn’t teach me how to nurse my baby — in retrospect, I shouldn’t have gone. But going did introduce me to the idea that “mom” is only the beginning. Beneath the mom umbrella, there are an infinite number of subgroups, and acknowledging their differences can be an act of kindness — or at least validation.

The next label I wore is more common than preemie mom, but also more easily written off. For a while, even I was guilty of dismissing the stay-at-home mom.

The end of my maternity leave coincided with the end of my daughter’s NICU stay. When my company called me back, I didn’t go as planned. How could I when she’d finally come home? (I recognize how fortunate I am to have had the opportunity to stay home, and am forever grateful.) The moment I traded blazers for leggings, I found myself justifying my choice to leave my legal job and fielding questions about what I did all day in a way I never had to when I stepped into an office every day — as if my day was suddenly all television and bonbons.  As if I had to prove something. As if I was something less now that my hours weren’t billable.

The person to whom I justified myself the most? Myself.

Somewhere along the way to adulthood, I’d learned that work is only valuable if it’s paid, that success only counts if it’s externally validated. Somehow, I’d gotten the message that staying home to raise kids wasn’t enough. But taking care of my daughter who struggled to nurse, to nap, to sleep through the night, to meet milestones, didn’t feel like nothing. It felt like I was giving more of myself than I’d ever had to before, and being able to give that, give what she needed, felt like success. As a stay-at-home mom, I learned a new definition of success. More importantly, I learned there were no hierarchies to motherhood, no title that commanded more respect than another.

Just a few years into my stint as a stay-at-home mom, when the fog of infant and toddler exhaustion began to clear, my husband was diagnosed with brain cancer. A year and a half later, he died, and I was quietly and somberly ushered into a mom club that very few (thankfully) ever see: the widowed, solo mom club. The price of entry into this club is steep, the stakes high, the heartache immeasurable.

In the role of solo mom, I was called to fill a space that had been built for two. As a solo parent, my relationship with the word “strength” changed. I learned strength had nothing to do with being or feeling strong. With lifting heavy things or even standing tall under pressure. I learned that strength is something much quieter. It’s sitting in a dark room trying to patch together a child’s heart while your heart lies in pieces. It’s making space in the storm of your own grief to absorb some of your child’s. It’s sitting alone at the parent-teacher conference and graduation and dinner table and being brave enough to take up all the space.

As a widowed, solo mom, I also learned the strength of wearing a label and seeking out others wearing the same label. That lesson was invaluable. The community of solo widowed moms I found normalized thoughts and feelings that seemed entirely abnormal. They couldn’t rebuild what had been broken, but I found that sometimes all we need is to know we’re not rebuilding alone.

I never planned to wear the labels preemie mom or stay-at-home mom or solo mom. I thought I’d be just “Mom.” While I can’t say I’m grateful to have worn any of these labels — the widowed, solo mom label in particular — I am grateful to have learned this: there’s power in wearing a label, in giving yourself grace to be the version of “Mom” you are today.

What I’ve learned is that motherhood is visceral, and the only constant is the light and love driving the heart of it all.