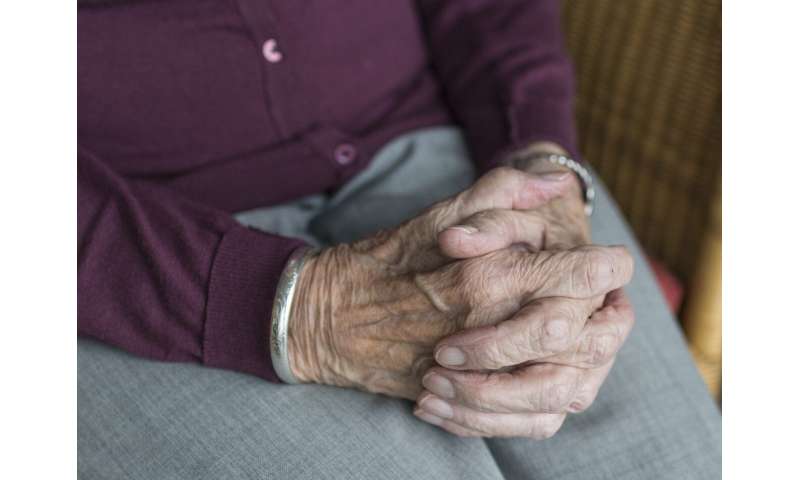 Francesca Rinaldo, MD, Ph.D., became interested in the plight of older adults during a rotation in the intensive care unit at Stanford Hospital. She noticed how often elderly patients were admitted after sustaining rib fractures, head gashes and other injuries from falls at home, and she wondered what could be done to keep them safer.

Rinaldo decided to put her surgical residency training on hold to accept a yearlong fellowship at Stanford’s Clinical Excellence Research Center, where clinicians and researchers use scientific evidence to design less costly approaches to providing high-quality health care. She was assigned to a team investigating late-life care, and she wasn’t surprised by her initial research. She found that for older people, health care costs are high, and satisfaction is low.

“Most older adults value their independence,” Rinaldo said. “They want to age in place. They want to remain functionally independent. They don’t want to be a burden on their families—either for their daily living or financially, as we all know that health care’s very expensive. And they don’t want to burden loved ones with end-of-life care decisions. Unfortunately, the reality right now is pretty much exactly the opposite of that.”

Rinaldo and her colleagues synthesized information from site visits, peer-reviewed literature and interviews with more than 50 national experts. Eventually, they zeroed in on three approaches, based on programs from around the country, that showed promise in improving the well-being of older adults while also reducing health spending. The approaches include peer support, occupational therapy, home repairs and telephone conversations about health care goals—services that fall outside the traditional definition of medical care. With recent changes to government rules, however, these benefits are now covered by private Medicare Advantage plans, making these strategies feasible on a broad level.

The study estimates that national cost savings of the approaches could range from hundreds of millions to billions of dollars annually. A paper describing the findings was published online June 17 in NEJM Catalyst. Rinaldo, now a surgical resident at Stanford, is the lead author.

“People are starting to pay more attention to how we distribute our resources and how much health care costs,” Rinaldo said. “We’re focusing more on value than volume, and there’s evidence that when you tailor care toward the preferences of older adults, they not only have better outcomes, but you actually significantly save on health care costs.”

Arnold Milstein, MD, MPH, the study’s senior author, said innovations in health care delivery designed to lower health care spending tend to be adopted slowly in the United States, but that having a good blueprint for late-life care could help.

During Rinaldo’s fellowship year, the center focused on late-life care for two reasons, Milstein said. First, previous models for redesigning care for older adults have focused on the last month or two of life, whereas late-life care typically begins one to three years before that. Second, the Congressional Budget Office has estimated that spending for health care, especially for older Medicare beneficiaries, will be the single largest source of federal budget growth over the next 20 years.

“The only reason that most clinicians change their methods of work to lower health care spending is if either the government forces them to or markets force them to,” said Milstein, professor of medicine and director of the Clinical Excellence Research Center. “Greater pressure, in turn, enables health insurance plans to be more successful in persuading doctors and hospitals in their networks to make changes in their care delivery that lowers health care spending.”

When they started their research, the team noted the increased risk of social isolation for older adults and how it often leads to cognitive and physical decline. They identified a pilot program by AgeWell Global that employed well-functioning older adults to visit chronically ill peers after hospitalizations, offer companionship and screen them for needed services. That program reduced 30-day readmission rates by 25%, according to the study. Rinaldo and her colleagues calculated that a similar program could result in annual net savings as high as $483 million if adopted widely.

The team also investigated ways to bolster the physical and emotional health of older adults. They discovered a successful model from Johns Hopkins HealthCare Solutions called CAPABLE, for Community Aging in Place—Advancing Better Living for Elders, that had deployed interdisciplinary teams to visit elderly people in their homes. A registered nurse oversaw pain and medication management, gauged symptoms of depression and communicated with the patient’s primary care doctor. An occupational therapist helped ensure the patients could perform daily tasks, and a home-repair specialist made the homes safer from hazards.

The program led to reduced spending on hospitalizations and long-term services. Rinaldo and her colleagues estimated that broad use of such a benefit by Medicare Advantage plans could save up to $29.1 billion annually.

In addition, the team explored end-of-life care wishes. They noted that although 71% of Americans say they’d prefer to die at home, 73% of people who are 65 or older die in a hospital—and more than 25% of Medicare spending is incurred in a patient’s last year of life. Rinaldo and her colleagues zeroed in on the Vital Decisions model, an approach that offered three to five telephone sessions with a behavioral health specialist, who assisted patients in defining their values and health goals and in communicating that information to their loved ones.

The program received high satisfaction ratings from patients and saved an average of $13,956 per person in the final six months of life, according to the study. Rinaldo’s team estimated that such an intervention could lower Medicare spending by as much as $8.3 billion.

Overall, Rinaldo said, she thinks the three late-life care approaches—together or individually—could work well for Medicare Advantage plans. The private plans receive a monthly amount from the government for each beneficiary, no matter what care the patient receives. In contrast, traditional Medicare pays health care providers a set amount for each service rendered.