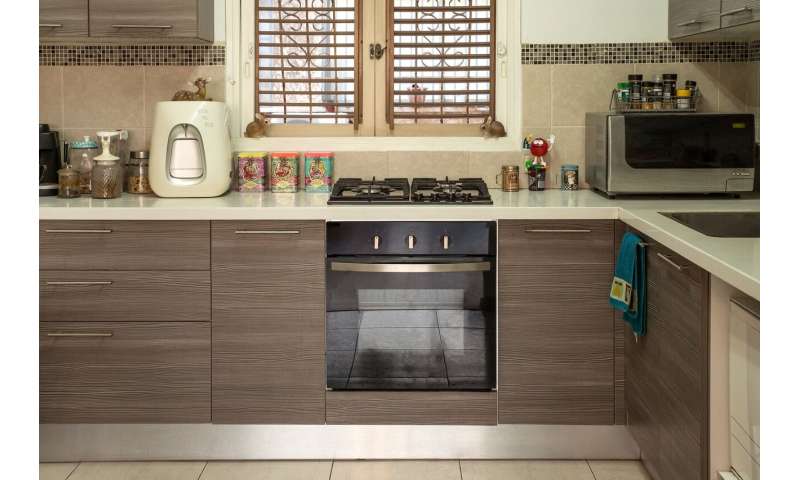 Researchers from Flinders University—Dr. Jackie Wright, Associate Professor Stewart Walker and Dr. Kirstin Ross—have analysed the contamination levels in everyday household items from a home suspected to have previously been used for cooking methamphetamine, to determine whether surface wipe samples can adequately establish contamination levels and define the health risks.

Published in the International Journal of Environmental Research and Public Health, Environmental Health experts explain while sampling commonly focuses on the collection of surface wipes, it’s difficult to understand the risk to inhabitants because those samples don’t indicate contamination levels inside objects, rather than just analysing surfaces.

“Our results demonstrate that methamphetamine has continued to mobilise after manufacture when the property was under new ownership for a period exceeding five years. This suggests that the methamphetamine is not breaking down or being removed and is constantly transferred from contaminated to non-contaminated objects,” says Dr. Ross

“The house was suspected to be a premises used to cook methamphetamine, it was then sold, lived in for several years by the new owners and then left unattended.”

“Although the time since the cooking had taken place was significant, the levels of contamination were extremely high in both household items that were part of the house when cooking was taking place (blinds, carpets, walls, etc.) and also in articles brought to the house post-cooking (rugs, toys, beds, etc.).”

The results raise questions about whether current surface detection methods allow people living inside a former meth house to understand the extent of contamination that’s present, not only on surfaces but also within building materials and items they’re exposed to on a daily basis.

“The most significant mass of methamphetamine was reported to be within the blinds. These are plastic blinds that were present when manufacture was suspected to have been undertaken. This is consistent with observations from other properties where higher levels of methamphetamine are present in materials such as PVC, polyurethane and stained and varnished timbers.”