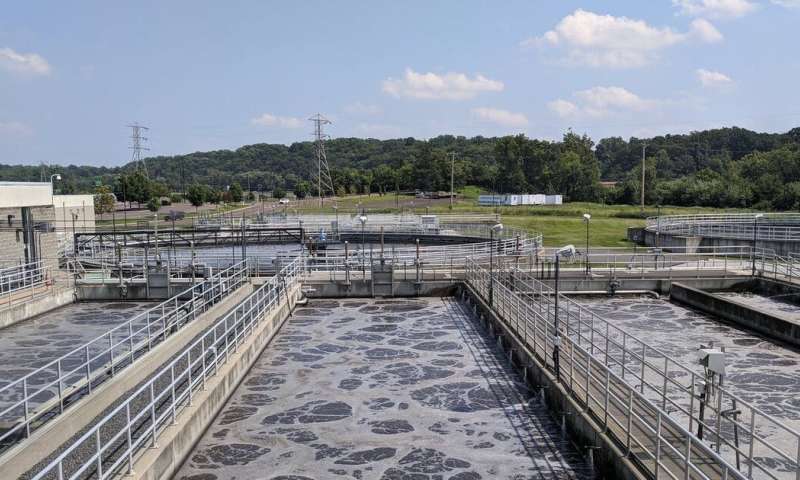 November has brought encouraging news about several COVID-19 vaccines. But members of the general public will probably not be vaccinated before the spring or summer of 2021 at the earliest. Americans will be living with this pandemic for some time to come.

We are a microbiologist and a water policy specialist, and believe that wastewater-based epidemiology, which tests raw sewage, has an important role to play. Studies have shown that testing wastewater offers an early warning signal that the SARS-CoV-2 virus, which causes COVID-19, is present in a community.

Although this approach is less targeted than testing individuals, we believe it also has advantages. Tracking infection rates through clinical testing is effective only if tests are available and reliable and people are willing to get tested. Sewage sampling doesn’t have these problems because everyone uses the bathroom. Cities as large as Boston and Chicago are collecting sewage samples as one way to track the coronavirus.

Monitoring wastewater gives public health officials and facility managers four to 10 days of advance notice, while infected individuals are still asymptomatic, to take steps to reduce the spread of COVID-19. And it can detect the genetic signal of the virus in sewer water generated by a discrete segment of the community, such as a university, public school or factory. At the University of Arizona it has enabled the school to effectively test all dorm occupants simultaneously, anonymously, inexpensively and nonintrusively.

Scientists have used wastewater-based epidemiology for years to detect the presence of polio and illegal drugs in communities. In February and March of 2020, pilot studies in the Netherlands and Massachusetts found SARS-CoV-2 in wastewater. The Netherlands study found the virus up to two weeks before clinical testing confirmed the first infected person. The Massachusetts study showed that many more people were likely infected with COVID-19 than reported cases in the area indicated.

One of us (Charles Gerba), working with University of Arizona microbiologist Ian Pepper, began testing sewage at the Pima County, Arizona, treatment plant in March 2020. This work is funded by the Water and Energy Sustainable Technology Center at the University of Arizona.

Then Pepper and Gerba launched an experiment to determine the presence of the SARS-CoV-2 virus on the University of Arizona campus. As the school took steps to reopen, they regularly tested 16 sites around campus, using manholes to access sewer flows from buildings. The university funded this sampling.

On Aug. 18 and 20, before students moved into the dorms, Pepper and Gerba conducted a baseline survey. No SARS-CoV-2 RNA was detected.

Then, on Aug. 25, a test of sewer water from the Likins Hall dormitory detected the presence of SARS-CoV-2’s RNA, or genetic material. On the 26th, clinical tests of 270 of the dorm’s 311 residents, all of whom were asymptomatic for COVID-19, confirmed one had the virus. Separately, another student who was symptomatic reported to the Campus Health Service and was positive.

The two students were immediately relocated to an isolation dorm. Over the next two days, tests of the remaining students were negative. Without wastewater sampling, the two infected students could have transmitted the virus to other dorm residents.

Through the following month Pepper and Gerba tested water from campus dorms twice each week. Students were tested every time levels of viral RNA in sewage from their dorm exceeded a certain value. Every time the sewer water tested positive, subsequent clinical testing found an infected student. If virus concentrations in sewage exceeded a certain level, dorm residents were retested the next day and then again after infected students had been removed from the building.

After monitoring the dormitories for the first four weeks of classes, virus levels in sewage dropped to levels that were below a threshold of concern, and in some cases were undetectable. This trend was reflected in a decrease in cases in the dormitories. Since Oct. 19, the university has not registered any cases among approximately 7,000 students living in campus dormitories.

The university did experience a spike in cases involving students living in places where sewage was not tested, such as off-campus apartments, fraternities and sororities. Pepper and Gerba are now testing sewers from off-campus student housing. 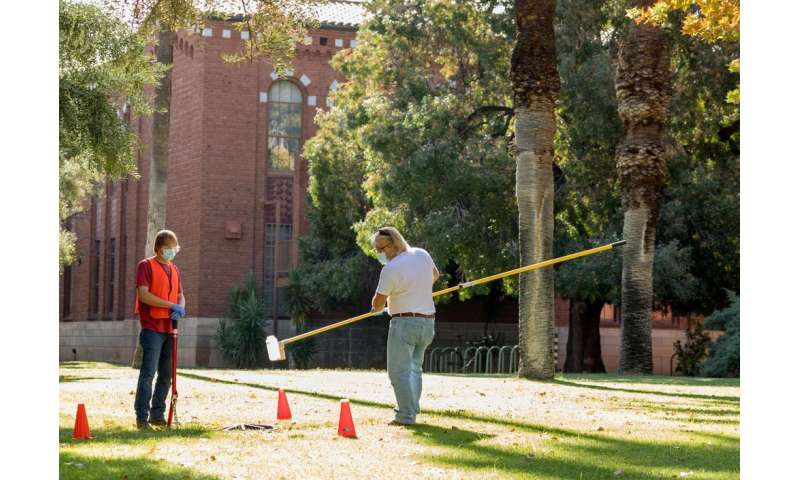 Wastewater testing has two important limitations for COVID-19 control. First, a negative result does not mean that no one is infected. People may be in the early stages of infections and not yet excreting the virus.

Second, sewage testing cannot currently determine how many people associated with a particular sample are infected, although a Cambridge startup called Biobot is working to answer this question.

But wastewater testing can indicate whether infections are going up or down. Tests on the University of Arizona campus allowed scientists to determine whether the viral loading, or trend, was spiking or subsiding.

In Tucson, Pepper and Gerba found that virus concentrations in wastewater decreased 99% after state and local officials imposed a stay-at-home order and mandated masks in the spring of 2020, and increased when these restrictions were lifted in the summer. These findings are important because they confirm that stay-at-home orders and mask mandates reduce the virus’s spread.

In late October Pepper and Gerba’s tests picked up a sharp increase in the virus at the Pima County plant. A week later, public health officials announced a 66% increase in cases over the week before. 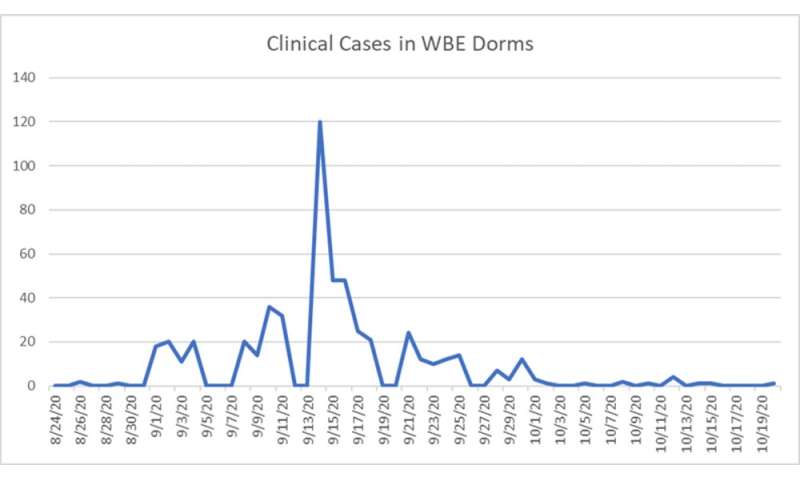 Federal agencies are moving to use wastewater-based epidemiology against the pandemic. In August the Centers for Disease Control and Prevention and the Department of Health and Human Services established a National Wastewater Surveillance System – a national database of samples submitted by state, local and tribal health departments and laboratories. The system will analyze data to provide public health guidance, summarize and interpret national data for the states and the public and ensure data comparability across the country.

The National Institutes of Health currently is seeking bids from private companies to test up to 30% of the country’s municipal wastewater treatment plants, and expects to award a total of US$19 million to five to 10 grantees. However, we believe that this approach can also provide valuable information at discrete locations, such as factories and universities, before their wastewater enters municipal sewer systems.

Pepper and Gerba’s tests cost $150 per sample for the chemical reagents, but now private companies are entering this market. Competition has driven the price as low as $20 per test, although lab processing fees may add another $120 to $400. At least one S&P 500 company, IDEXX Laboratories, now sells kits to public and private laboratories for testing municipal plants or upstream locations.

One constraint is that many public health laboratories do not have the machines that run tests to analyze for the presence of the coronavirus, which are called thermocyclers. Other supply chain shortages could emerge as this technology is adopted more widely.

The World Health Organization, the CDC and the U.S. Environmental Protection Agency are moving to create guidelines, methods and standards for wastewater-based epidemiology for COVID-19. These measures are critical to ensure that the tests are repeatable and reproducible – the gold standard for good science.