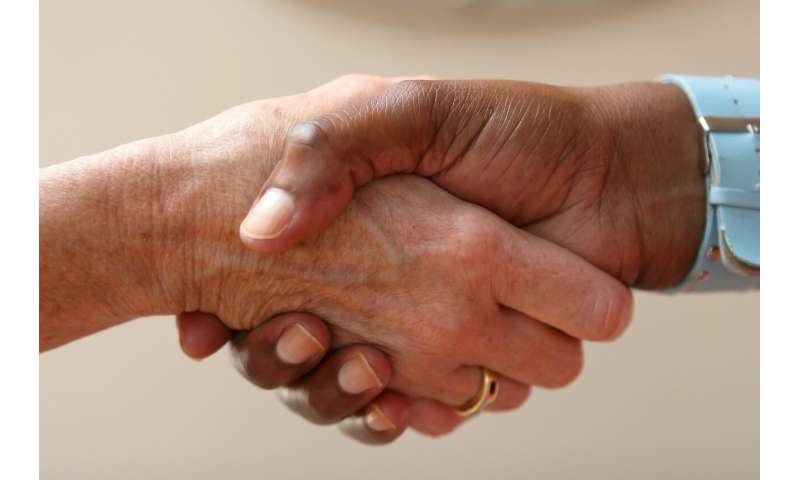 Can a single COVID-19 patient infect dozens of others? Although transmission rates in the current outbreak appear to be far lower, a variety of factors can lead to an individual infecting many.

The concept of so-called “super-spreaders”—patients who typically infect far more people than the standard transmission rates—emerged in previous outbreaks of diseases such as Sars and Mers.

Amesh Adalja, an expert in emerging infectious diseases at John Hopkins University, said the term was not scientific and there was no set quantity of transmissions that would define a super-spreader.

“But, in general, it is usually a markedly higher figure when compared to that of other individuals,” he told AFP.

The novel coronavirus has a typical transmission rate of 2-3—that is, every confirmed case appears to infect between 2 and 3 other people on average.

But the pandemic has thrown up at least two patients who appear to have been super-spreaders.

One suspected super-spreader, a British national, appears to have infected a dozen others when he returned from Singapore and then went skiing in the Alps.

He recovered, but may have infected another five people after returning home.

In South Korea, which has the second highest number of COVID-19 cases outside of Italy, a woman known as Patient 31 appears to have infected dozens of others.

But in an ever better-connected world, it can be challenging to definitively link transmissions to an individual patient.

“It’s possible that what we call super-spreaders exist, those patients who don’t only infect 2-3 others but could infect dozens,” said Eric Caumes, head of infectious and tropical diseases at Paris’ Pitie-Salpetriere Hospital.

“The problem is we aren’t spotting them.”

According to Olivier Bouchaud, head of infectious diseases at that Avicenne hospital in Paris’ suburbs, variable transmission rates could be down to how fast a patient sheds the virus once infected.

“That’s just a hypothesis at this point,” he said. “Obviously we don’t have a clear explanation, and there’s nothing specific to COVID-19.”

Another unknown is the role played by young children, who are less severely affected by the virus but are capable of transmitting it—part of the reason many countries have moved to close schools in recent days.

Cristl Donnelly, professor of Applied Statistics at the University of Oxford, said all disease transmission was by nature “highly variable”.

“But we are not all the same, we vary in our immune systems, in our behaviour, and in where we happen to be,” she said.

“All of these things can affect how many people we would transmit to.”

He said that the biggest factors determining transmission were environmental, made worse in dense-populated cities.

“These circumstances often are: crowding; a confined space with poor ventilation; poor infection control, meaning lots of non-porous, hard surfaces which can keep a virus viable for a longer time; a favourable ambient humidity; and the infected person usually being in the early phase of their illness, when virus secretions are at their peak,” he said.

It’s due to these contributing factors that many experts are reluctant to talk in terms of super-spreaders.