Eating in the evening is associated with a higher intake of calories, as well as lower quality food, according to a new study. 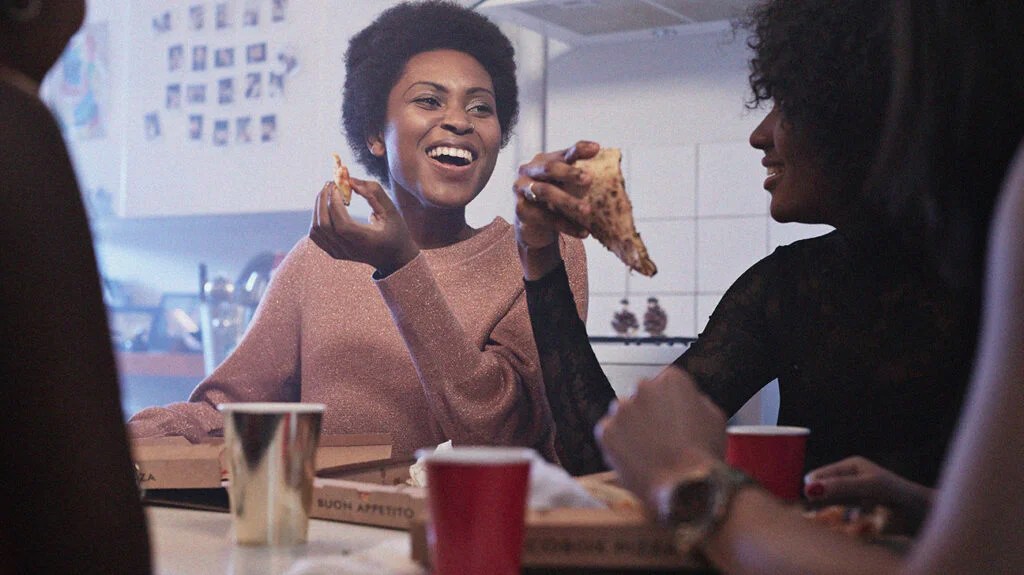 Maintaining a healthful diet is associated with how late in the day people consume most of their food, according to research presented at the European and International Conference on Obesity (ECOICO 2020).

The study found that people who consume most of their calories in the evening tend to consume more of them and have a lower quality diet.

The study’s aim was to explore the connection between the evening consumption of calories — the measure of energy intake (EI) — and diet quality. Judith Baird, a researcher from the Nutrition Innovation Centre for Food and Health at Ulster University in Northern Ireland, United Kingdom, led the study.

Previous studies have found that hunger follows a daily rhythm and that this rhythm is, in some ways, not what people might expect. Although people typically cease eating during an extended period of sleep, they break that fast with what is often the smallest meal of the day.

Meanwhile, hunger tends to be strongest late in the day, peaking at about 8:00 p.m., after most people have completed the majority of their daily activities.

EI consumption naturally tends to be a response to hunger, and other research has investigated the effect of meal timing on metabolism and other bodily processes. The new study, however, looks at its implications for the quantity and quality of food that people consume.

Data used in the study

Beginning in 2008, the U.K.’s National Diet and Nutrition Survey (NDNS) captured detailed information regarding food consumption, nutrient intake, and nutritional status for individuals over the age of 18 months. Each year, the survey collected responses from a representative sample of 1,000 people. Baird and her colleagues analyzed data from 1,177 adults who participated in the survey from 2012 through 2017.

Overall, the researchers found that the participants were, on average, consuming nearly 40% (39.8%) of their daily EI after 6:00 p.m.

Looking at the data more closely, the researchers divided people into quartiles according to the proportion of their daily EI that they consumed after 6:00 p.m. The people in the lowest quartile consumed less than 31.4% of their EI in the evening, while those in the highest quartile ate more than 48.6% during evening hours.

What the data say

The researchers detected two significant trends in the data. First, the study found that eating later affected the total EI for the day.

People who consumed most of their daily EI earlier tended to eat fewer calories over the course of a day.

The findings also suggested that meal timing affects the nutritional quality of food. Baird and her colleagues assessed individuals’ diets as they had reported them in the food diaries that they had supplied to the NDNS. To do this, they consulted the rankings listed in the Nutrient-Rich Food Index. The index rates foods according to their ratio of important nutrients to calorie value.

People who consumed more of their calories during the evening tended to have significantly poorer quality diets.

The study authors present their insights as just one facet of a deeper understanding of the effect of a person’s daily food rhythms and the amount and quality of food that they consume. They conclude:

“Timing of energy intake may be an important modifiable behavior to consider in future nutritional interventions. Further analysis is now needed to examine whether the distribution of energy intake and/or the types of food consumed in the evening are associated with measures of body composition and cardiometabolic health.”