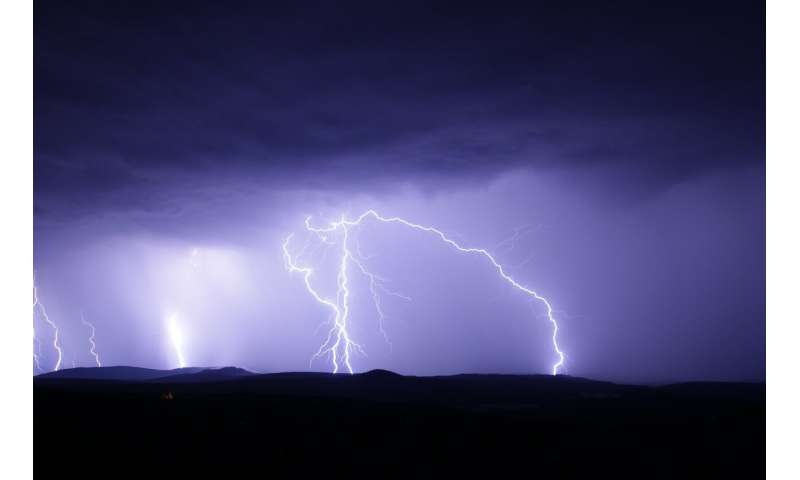 A team of researchers from the University of Oregon, Harvard Medical School, and the University of Illinois has found evidence of an increase in the number of people going to the emergency room for respiratory problems in the days before a thunderstorm. In their paper published in the journal JAMA Internal Medicine, the group describes their study of Medicare data and thunderstorms and what they learned from it.

Over the past several decades, there has been anecdotal evidence of spikes in emergency room visits for patients with respiratory complaints in the days leading up to major thunderstorms. It was first described in 1983 in England and then twice again in Australia in 1987 and 2016. At that time, scientists had no explanation for the spikes, though they suspected that it was linked to an increase in pollen in the air. In this new effort, the researchers looked at Medicare data describing emergency room visits for people over 65 with respiratory problems over the years 1999 to 2012, and compared it with atmospheric conditions for those involved.

The researchers found that there were, indeed, spikes in emergency room visits by people with respiratory problems such as COPD or asthma prior to thunderstorms. They also extrapolated the data to make estimates for the U.S. as a whole, suggesting that there were approximately 52,000 extra ER visits due to approaching thunderstorms for people over 65 with respiratory ailments over the time period they studied.