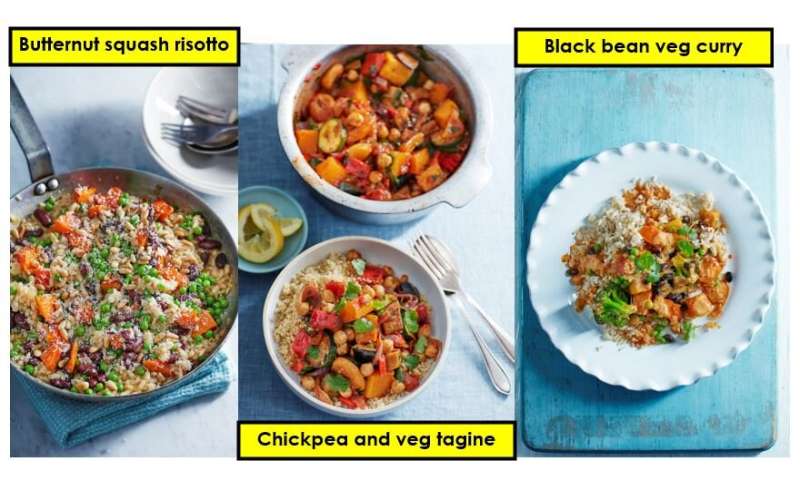 On a gram for gram basis, animal proteins are more effective than plant proteins in supporting the maintenance of skeletal muscle mass with advancing age, shows research presented this week at The Physiological Society’s virtual early career conference Future Physiology 2020.

The number of vegans in the UK has quadrupled since 2006, meaning that there are around 600,000 vegans in Great Britain. While we know plant-based diets are beneficial for the environment, we don’t actually know how healthy these diets are for keeping muscles strong in elderly people.

Scientists generally agree that the primary driver of muscle loss with age—at least in healthy individuals—is a reduction of muscle proteins being built from amino acids. These amino acids come from protein that we eat and are also formed when we exercise.

Oliver Witard of King’s College London is presenting research at The Physiological Society’s Future Physiology 2020 conference about soy and wheat proteins showing that a larger dose of these plant proteins is required to achieve a comparable response of building muscles.

Simply transitioning from an animal-based protein diet to a plant-based diet, without adjusting total protein intake, will likely to be detrimental to muscle health during ageing. A more balanced and less extreme approach to changing dietary behaviour, meaning eating both animal and plant-based proteins, is best.

Witard and his colleagues conducted carefully controlled laboratory studies in human volunteers that involve the ingestion of plant compared with animal-based protein sources. To test changes in participants’ muscles, they use several techniques including stable isotope methodology, blood sampling, and skeletal muscle biopsies to see how quickly the muscles were building up from amino acids.

It’s important to note that this research to date has only compared two plant-based protein sources, namely soy and wheat. The researchers in this field will be conducting further research on other promising plant proteins such as oat, quinoa and maize.