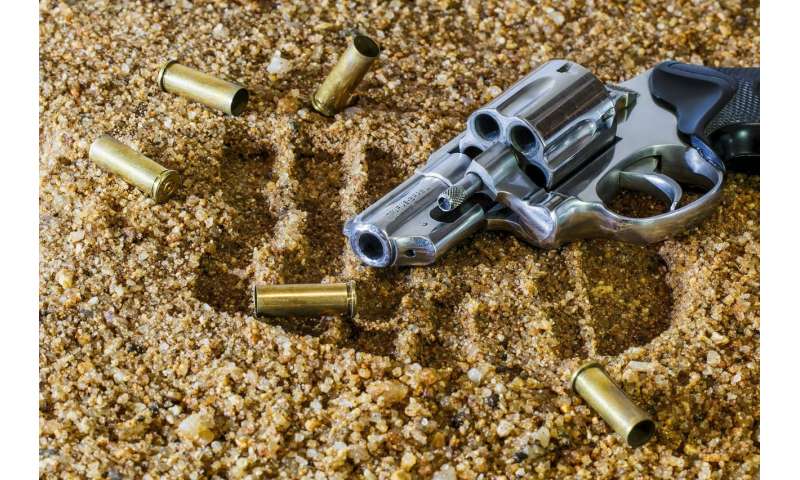 Large-scale behavior change is a critical component when it comes to mitigating the effects of the COVID-19 pandemic. But, as one West Virginia University researcher points out, it can also be leveraged to address a separate, yet, equally important, persistent public health crisis: gun violence in our nation’s schools.

As School of Public Health Professor and Chair Keith Zullig highlights in a Journal of Adolescent Health editorial, gun access is strongly correlated with unintentional and intentional injury, with many acts of violence occurring at school. According to a 2018 special report in the New England Journal of Medicine, firearms are the second leading cause of death for adolescents.

“In school shootings alone in the United States between 1996 through 2019, there have been approximately 196 students and 30 school staff killed and another 243 wounded,” Zullig said. “Although the likelihood of a school shooting in any given school district remains statistically low, in the absence of strong legislation, schools have taken action by implementing active shooter drills.”

Despite the fact that little research has attempted to include the perceptions of students impacted by these active shooter drills—often referred to as “lockdown drills,” which involve confining students to specific areas with additional instructions in the event of an incident—the vast majority (95 percent) of American public schools had active shooter drills in place during the 2015-2016 school year.

Researchers have discovered that, in many cases, active shooter drills are having an adverse effect on students.

“It’s been reported that the drills youth have received caused emotional distress, where about 60 percent reported feeling unsafe, scared, helpless, or sad as a result of experiencing active shooter drills,” Zullig said. “Moreover, although about 58 percent of youth reported that active shooter drills teach them what to do if such a situation presents itself, they were uncertain of their ultimate benefit.”

Part of this can be attributed to schools implementing only portions of evidence-based active shooter drill strategies.

Zullig points out that additional research is needed to better understand the critical components of effective shooter drills and how to successfully implement them, as well as how to best prepare students.

He outlines a multifaceted approach and several evidence-based tactics that can be used to complement active shooter drills, with many of them being behavior- and relationship-driven.

“At the individual level, monitoring patterns of behavior and responding quickly to students experiencing strain may be useful in identifying vulnerable students early and enable school personnel to connect them with appropriate services before tragic violence occurs,” he said.

“Systems-level approaches are also necessary,” he added. “For instance, school leaders could focus on developing a strong school climate to foster trusting and positive relationships and connectedness among faculty, staff, and students. A strong school climate, coupled with identifying facilitators and barriers to successful implementation of evidence-based strategies, could prove effective.”

From the interpersonal and organizational perspective, Zullig points out that school leaders play a key role in fostering a safe and supportive learning environment because they set the tone and the expectations for behavior which, in turn, affect faculty, staff and students.

Research demonstrates that higher perceptions of academic support are not only strongly associated with higher reported grade point averages, but also with an increase in feeling safe at school and lower reported incidents of fighting and being bullied.

Social-emotional learning programs and school-based bullying interventions can also be key. Examples include increased teacher involvement and supervision and clear order and disciplinary policies that lead to stronger relationships among teachers, students, and their school.

Still work to be done

Zullig suggests there is still much work to done at the community and public policy levels, too.

“In an effort to encourage greater action from lawmakers, grass roots efforts led by capable advocacy groups must continue to point out successful examples from other industrialized nations where gun violence has been significantly reduced,” he said.

He points to Japan as an example, where, in 2014, they experienced just six gun deaths compared to 33,599 in the United States—a milestone that could only be accomplished through a variety of policies, including mandatory educational training, written and shooting examinations, mental health and drug screenings, and criminal records searches.

And while not all of Japan’s policies would be possible in the United States, research suggests “child access protection laws display the strongest evidence of subsequent reductions in firearm deaths when compared to right-to-carry and stand your ground laws.”