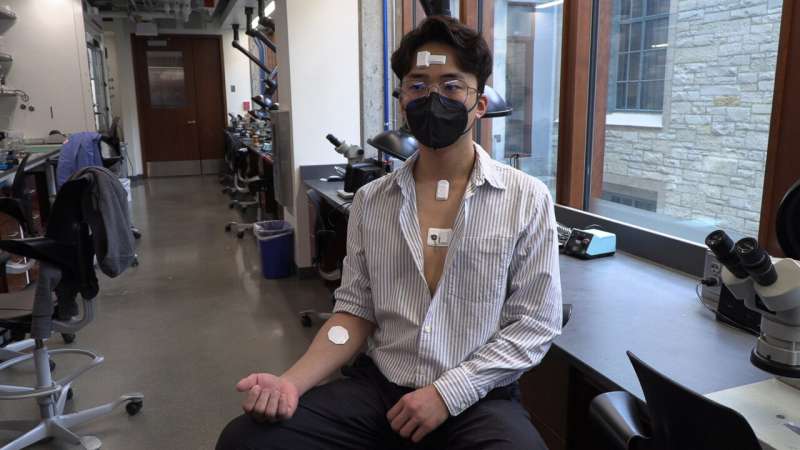 The study will be published Friday (May 27) in the journal Science. The work was led by Northwestern’s John A. Rogers, Igor R. Efimov and Dr. Rishi Arora.

The sensors communicate with each other to continuously monitor the body’s various physiological functions, including body temperature, oxygen levels, respiration, muscle tone, physical activity and the heart’s electrical activity.

The system then uses algorithms to analyze this combined activity in order to autonomously detect abnormal cardiac rhythms and decide when to pace the heart and at what rate. All this information is streamed to a smartphone or tablet, so physicians can remotely monitor their patients.

The new transient pacemaker and sensor/control network can be used in patients who need temporary pacing after cardiac surgery or are waiting for a permanent pacemaker. The pacemaker wirelessly harvests energy from a node within the network—a small wireless device that softly adheres to the patient’s chest. This technology eliminates the need for external hardware, including wires (or leads).

To enable the system to communicate with the patient, the researchers incorporated a small, wearable haptic-feedback device that can be worn anywhere on the body. When the sensors detect an issue (such as low battery power, incorrect device placement or pacemaker malfunction), the haptic device vibrates in specific patterns that alert wearers and inform them of the problem.

Insights from the experts

“This marks the first time we have paired soft, wearable electronics with transient electronic platforms,” Rogers said. “This approach could change the way patients receive care providing multinodal, closed-loop control over essential physiological processes—through a wireless network of sensors and stimulators that operates in a manner inspired by the complex, biological feedback loops that control behaviors in living organisms.

“For temporary cardiac pacing, the system untethers patients from monitoring and stimulation apparatuses that keep them confined to a hospital setting. Instead, patients could recover in the comfort of their own homes while maintaining the peace of mind that comes with being remotely monitored by their physicians. This also would reduce the cost of health care and free up hospital beds for other patients.”

“In current settings, temporary pacemakers require a wire that is connected to an external generator that stimulates the heart,” Efimov said. “When the heart regains its ability to stimulate itself appropriately, the wire has to be pulled out. As you might imagine, this is a pretty dramatic procedure to pull out a wire connected to the heart. We decided to approach this problem from a different angle. We created a pacemaker that simply dissolves and does not need to be removed. This avoids the dangerous step of pulling out the wire.”

“Current pacemakers are quite intelligent and respond well to the changing needs of the patients,” Arora said. “But the wearable modules do everything traditional pacemakers do and more. A patient basically wears a little patch on their chest and gets real-time feedback to control the pacemaker. Not only is the pacemaker itself bioresorbable, it is controlled by a soft, wearable patch that allows the pacemaker to respond to the usual activities of life without needing implantable sensors.”

A bioelectronics pioneer, Rogers and his lab have been developing soft, flexible, wireless wearable devices and bioresorbable electronic technologies for nearly two decades. In the new study, Rogers and his collaborators combined and coordinated their bioresorbable, leadless pacemaker with four different skin-interfaced devices to work together. The skin-mounted devices are soft, flexible and can be gently peeled off after use, eliminating the need for surgical removal. The pacemaker naturally dissolves in the body after a period of need.

“We wanted to demonstrate that it’s possible to deploy multiple different types of devices, each performing essential functions in a wirelessly coordinated manner across the body,” Rogers said. “Some are sensing. Some are delivering power. Some are stimulating. Some are providing control signals. But they all work together, trading information, making decisions based on algorithms and reacting to changing conditions. The vision of multiple bioelectronic devices all talking to one another and performing different functions at different relevant anatomical locations is a frontier area that we will continue to pursue going into the future.” 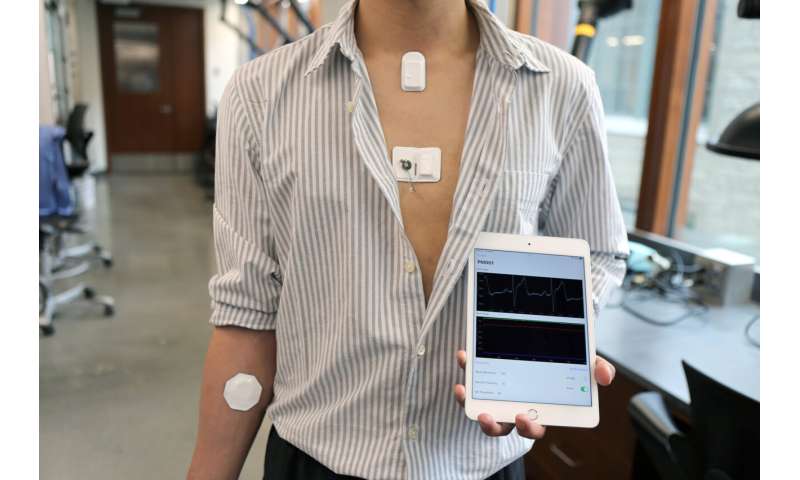 Since Northwestern’s transient pacemaker was first introduced a year ago, the researchers have made multiple improvements to advance the technology. While the previous device was flexible, the new device is flexible and stretchy, enabling it to better accommodate the changing nature of a beating heart.

The new iteration also uses a biocompatible adhesive developed in Rogers’ and Efimov’s labs. The adhesive allows the lightweight, thin device to softly laminate onto the heart’s surface without needing sutures. Another new benefit: As the transient pacemaker slowly and harmlessly dissolves, it now releases an anti-inflammatory drug to prevent foreign-body reactions.

Perhaps the most impactful advance is the device’s ability to provide pacing on-demand, based on when the patient needs it. Synced with the pacemaker, the chest-mounted cardiac module records an electrocardiogram in real time to monitor heart activity. In the study, researchers compared this wireless technology to gold-standard electrocardiograms and found it was as accurate and precise as clinical-grade systems.

“The cardiac module literally tells the pacemaker to apply stimulus to the heart,” Efimov explained. “If normal activity is regained, then it stops pacing. This is important because if you stimulate the heart when it’s unnecessary, then you risk inducing arrhythmia.”

“The pacing system is completely autonomous,” said Yeon Sik Choi, a postdoctoral fellow in Rogers’ lab and co-first author of the paper. “It can automatically detect a problem and apply treatment. It’s easy and self-contained with minimal external needs.” 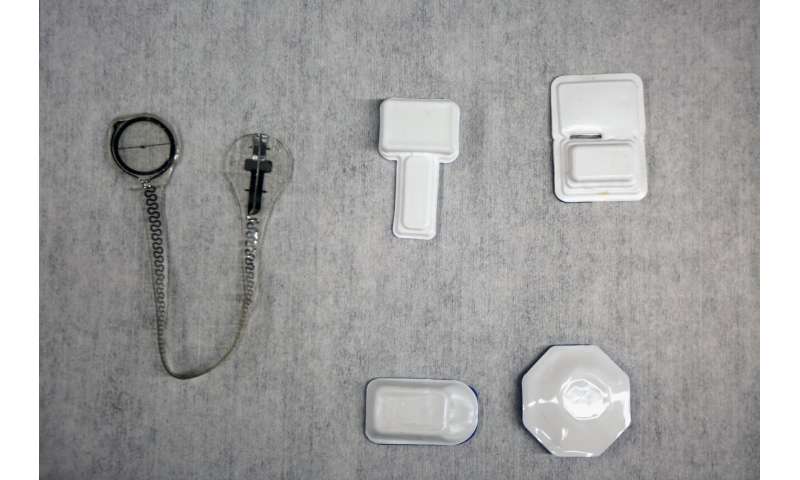 Rogers, Efimov, Arora and their teams believe their system would be most beneficial for the most vulnerable patients. Every year, approximately 40,000 babies are born with a hole in the wall that separates their heart’s upper chambers. About 10,000 of these cases are life threatening, requiring immediate surgery. After surgery, 100% of babies receive a temporary pacemaker.