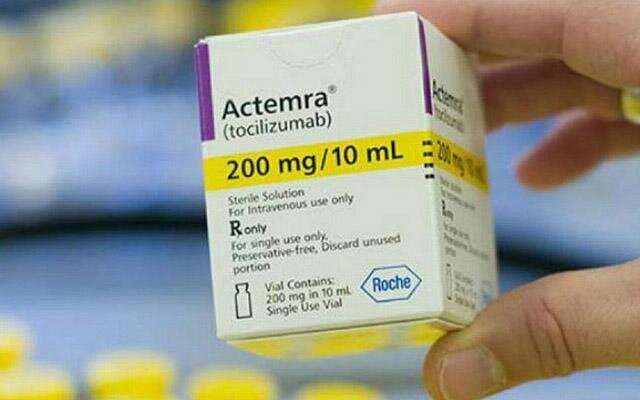 In a study published online February 25, 2021 in The New England Journal of Medicine, a repurposed drug used to treat arthritis did not significantly improve the outcomes of patients with severe COVID-19 pneumonia.

Results of the Phase III clinical trial, conducted by an international team led by senior author Atul Malhotra, MD, research chief of pulmonary, critical care and sleep medicine at UC San Diego Health, found that tocilizumab did not significantly improve clinical status or mortality rate at 28 days for participants who received it compared to a placebo.

“Although our trial was negative based on primary outcomes, we did see some benefits, including an improvement in length of stay of eight days with tocilizumab compared to placebo, as well as fewer days on the mechanical ventilator with our intervention,” said Malhotra.

“Although it is important to be cautious in interpreting secondary outcomes, our trial helped in the design of subsequent studies which do show some improvement in outcomes with tocilizumab, particularly when given in combination with corticosteroids.”

Marketed as Actemra, tocilizumab is an immunosuppressive drug used primarily to treat rheumatoid arthritis and systemic juvenile idiopathic arthritis, a severe form of the disease in children. The therapy works by using humanized monoclonal antibodies to specifically target and block cellular receptors for interleukin-6 (IL-6), a small protein or cytokine that plays an important role in triggering inflammation as an early immune response to disease.

In some patients with COVID-19, the immune response runs amok, overexpressing IL-6 and generating a “cytokine storm,” which can lead to potentially life-threatening damage to lungs and other organs. Cytokine storms have been linked to a number of inflammatory diseases, from respiratory conditions caused by coronaviruses such as SARS and MERS to some forms of influenza to non-infectious diseases, such as multiple sclerosis and pancreatitis.

Researchers hoped that the heightened role of IL-6 in respiratory diseases and the fact that many severe cases of COVID-19 involve respiratory failure, hospitalization and death pointed to tocilizumab as a potentially effective therapy. Early case reports and retrospective observational studies buttressed that optimism.

The Phase III clinical trial, which began April 2020 and was conducted in 62 hospitals in nine countries, involved 452 patients with confirmed cases of severe COVID-19 pneumonia, randomized into a group of 294 persons who would receive an intravenous infusion of tocilizumab and 144 persons who received a placebo. Malhotra expressed his gratitude to his team at UC San Diego as well as the countless individuals around the world who helped in the execution of a carefully done study.

The researchers found no significant difference in how the two groups fared, and no reduced mortality rate associated with tocilizumab, though they noted the trial was not designed to fully assess that outcome.

No safety issues arose regarding the use of tocilizumab, and the authors said study data suggested the treatment may have some therapeutic benefit during hospital stays and in shortening stays in intensive care units. In both cases, though, they said more research was required.

“Since this trial launched, a lot has been learned about the virus and about how COVID-19 manifests in different people, in different ways and stages,” said Malhotra. “These findings need to be understood in that context. We looked at very sick patients. There are very few proven therapies for severe COVID-19. Tocilizumab and some monoclonal antibody treatments may still have utility in specific circumstances, but more work needs to be done.