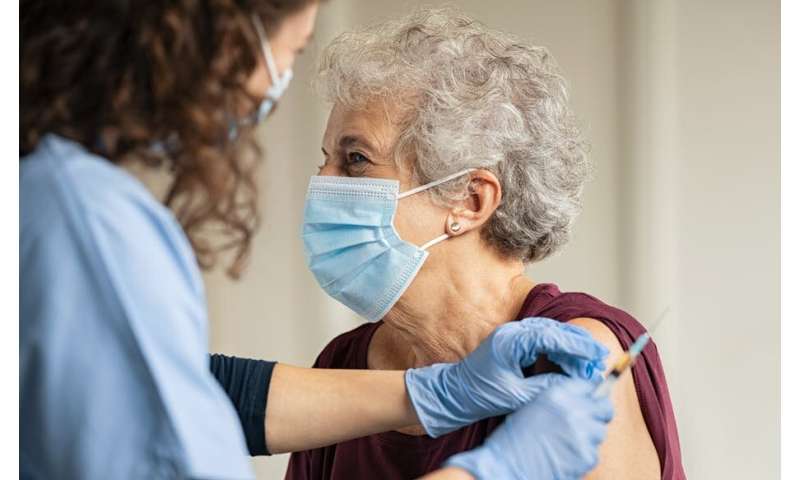 The Pfizer/BioNTech vaccine for COVID-19 has reached the end of clinical trials and is now being rolled out in multiple countries. Regulatory bodies in the UK, Canada and the US have granted temporary or emergency use authorisation for the vaccine to be given to the public.

This is a landmark moment. Building a biological barrier against the virus is now a possibility. A highly effective vaccine, used in combination with current physical barriers, raises hope that bringing an end to the pandemic is achievable.

And after the tantalizing interim results released by Pfizer last month, we can now see the full peer-reviewed results of its phase 3 trial. Here’s what they tell us.

Approximately 37,000 people were included in the trial’s safety analysis. Half received two doses of the vaccine, the other half a saline placebo injection.

Importantly, the vaccine was tested in people at higher risk from COVID-19. Just over 40% of the participants were over 55 years old, about one-third were overweight and another third were obese. Individuals with pre-existing conditions that increase vulnerability—such as diabetes, pulmonary disease and HIV—were also included.

However, the vaccine was tested in some groups more than others. The majority (83%) of participants were white, and most of the trial (77%) occurred in the U.S. (with additional participants in Argentina, Brazil and South Africa). As is common, pregnant women were excluded, and will likely be excluded from vaccination programs too until we understand whether these vaccines are safe to use during pregnancy.

Nevertheless, the safety profile of the vaccine is good—across different ages, ethnicities, both sexes and in individuals with pre-existing diseases.

Some participants reported side-effects after being immunized, such as headaches, fatigue or pain at the injection site. Most of these reactions were mild to moderate, and they resolved themselves within three days. No further reactions were reported afterwards for at least two months after the second immunization.

Analysis of over 36,000 individuals was used to calculate the vaccine’s efficacy (the percentage of people it protected from the disease under controlled conditions). Nine vaccinated participants became infected with the virus, compared with 169 individuals injected with the placebo. This equates to 95% efficacy. Most importantly, protection was high across different groups, regardless of age, ethnicity or underlying health conditions.

Some participants became infected in between taking the first and second doses, highlighting the need to get the second dose (efficacy after just the first dose was only 52%). If you take both doses, it’s very likely you’ll be protected from COVID-19, at the very least in the short term.

But still a lot find out

Overall, this trial provided confidence in the vaccine’s efficacy and robustly documented its safety. However, this doesn’t mean the study shows what will happen in the real world. We cannot presume that the experiences of 19,000 vaccinated individuals will extrapolate to millions of people.

It’s impossible to detect less common side-effects, for example. This is why very close monitoring of the vaccine now needs to happen as it rolls out, and authorities will need to rapidly respond if people have unexpected reactions to it. Decisive action has already been seen in the UK in response to previously unseen side-effects in people with a significant history of allergic reactions.

Similarly, it’s possible that the efficacy of the vaccine in the real world—what we call its effectiveness—may also decrease as it is used in more diverse populations and over longer time periods.

And there are still key questions that need to be answered—particularly around the length of protection the vaccine will offer. It’s almost certain that the immune response initially generated will wane over time. We don’t yet know the lowest amount of immunity that needs to be retained to protect against infection, nor what type of immunity provides this protection.

If vaccine-induced immune responses—such as antibodies or T cells—can wane to very low levels but still prevent infection, then this vaccine will protect people for a long time. But if immune responses must be constantly kept high for protection, it won’t.

At present, we only have two methods to find out which is the case. The first is to continue monitoring the effects of the vaccine in the clinical trial participants. But to get a robust answer, there will have to continue to be people in the unvaccinated, placebo arm of the study, which poses an ethical question. How do you balance the need to retain a placebo cohort with the rights of all participants to be able to access a successful vaccine? The trial protocol suggests that follow-up should last for 24 months after vaccination.

This balance might be achieved by initially prioritizing vaccination for the most vulnerable placebo participants and aiming to persuade the less vulnerable participants to remain in the trial. But if huge numbers of participants leave the trial, then the robustness of the analysis will deteriorate. We would then never know with good confidence how well this vaccine works over time.