A new study adds to evidence that autoimmunity plays a role in the development of Parkinson’s disease. The research also offers hope that early preventive treatment could offset the damage. 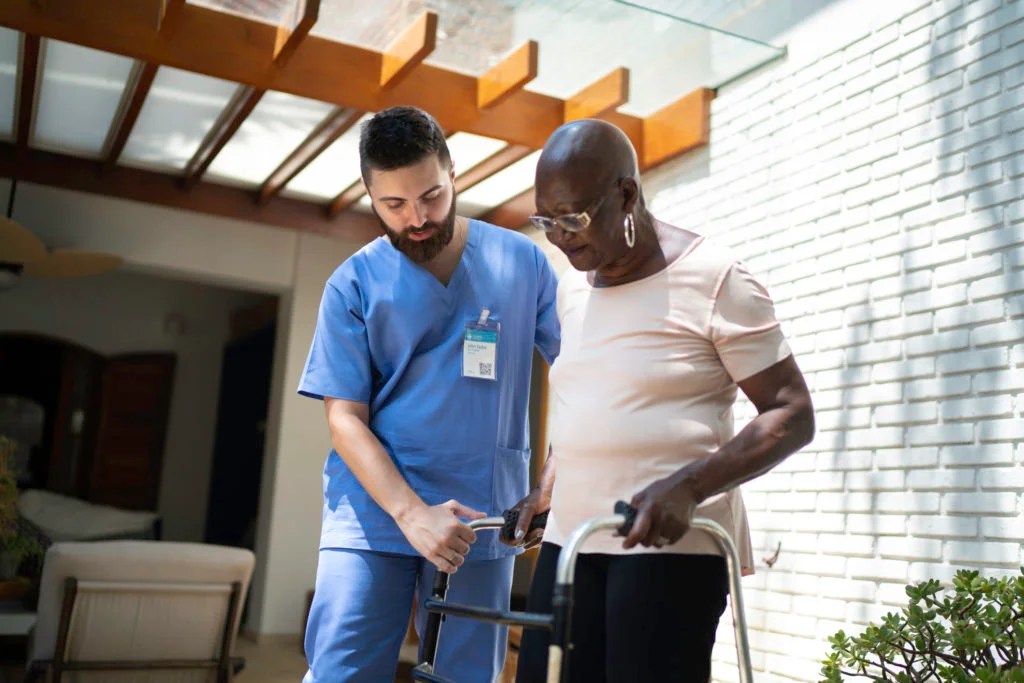 Parkinson’s disease is a chronic, progressive disorder. Its characteristics tend to include tremor, rigidity, slowness of movement, and impaired balance.

Parkinson’s results from a loss of nerve cells in a part of the brain called the substantia nigra. These cells produce dopamine, a chemical messenger, or neurotransmitter, involved in controlling movement.

Most people with Parkinson’s are older than 50 when they receive the diagnosis, but some develop motor symptoms, involving problems with muscle control, at an earlier age.

Years before motor symptoms arise, other symptoms of Parkinson’s can appear, including a reduced sense of smell, constipation, mood changes, and REM sleep behavior disorder, which involves physically acting out dreams.

The existence of these prediagnostic symptoms suggests that damage to dopamine-producing nerve cells begins long before the person experiences trouble with movement.

A new study — spearheaded by researchers from the La Jolla Institute for Immunology (LJI), in California — adds to evidence that the immune system may be responsible for the damage to nerve cells.

The research, which appears in Nature Communications, also indicates that this autoimmune attack could start more than a decade before the person receives a Parkinson’s diagnosis.

The findings offer hope that doctors may be able to diagnose the disease earlier and that immunosuppressant treatment could slow, or even prevent, the loss of dopamine cells.

“Once these cells are gone, they’re gone,” says Cecilia Lindestam Arlehamn, Ph.D., the first author of the study and an assistant professor at LJI. “So, if you are able to diagnose the disease as early as possible, it could make a huge difference.”

A 2017 study involving some of the same researchers was the first to suggest that autoimmunity plays an important role in the development of Parkinson’s disease.

The team discovered that a protein called alpha-synuclein acts like a beacon for the immune system’s T cells, causing them to attack brain cells, and thus contributing to the progression of Parkinson’s.

The authors of the present study report the case of a male whose blood contained T cells that reacted to alpha-synuclein at least a decade before doctors diagnosed him with Parkinson’s disease.

“This tells us that detection of T cell responses could help in the diagnosis of people at risk or in early stages of disease development, when many of the symptoms have not been detected yet,” says LJI professor Alessandro Sette, a corresponding author of the new study.

“Importantly, we could dream of a scenario where early interference with T cell responses could prevent the disease from manifesting itself or progressing.”

The male began to experience motor symptoms in 2008 and received a diagnosis of Parkinson’s disease in 2009, at the age of 47.

He contacted the scientists at LJI after reading about their earlier study and offered to donate samples of his blood that had been taken between 1998 and 2018 for an unrelated purpose.

The samples revealed that as far back as 1998, T cells in his blood were targeting alpha-synuclein.

In other words, there was autoimmune reactivity at least 10 years before he began to develop motor symptoms.

To investigate how autoimmune reactivity changes in the years after diagnosis, the team recruited 97 people who received a Parkinson’s diagnosis less than a decade ago.

They took blood samples and compared the samples’ immune reactivity to alpha-synuclein to that of blood from 67 healthy control participants matched for age.

The team discovered that T cells targeting alpha-synuclein are most abundant around the time of diagnosis. As the disease progresses, their numbers decline, with few of these cells remaining 10 years after diagnosis.

In their paper, the researchers concede that the autoimmune response that they highlight may not be specific to Parkinson’s. Future studies will need to investigate whether T cells target alpha-synuclein in other neurodegenerative diseases, as well.

But if the reactivity is specific to Parkinson’s, it adds to evidence that most of the damage to dopamine-producing nerve cells occurs early in the illness.

Previous research has suggested that the number of nerve cells in a key region of the substantia nigra decreases by up to 90% in the first 4 years after diagnosis.

This could explain why attempts to develop treatments to slow the progression of Parkinson’s disease have so far been unsuccessful: The condition may become irreversible after the majority of dopamine-producing neurons have been lost.

If people received immunosuppressant therapy before they developed motor symptoms, however, this could protect the cells.

With this in mind, the researchers are interested in monitoring people at high genetic risk of developing Parkinson’s, as well as people who have early symptoms, such as REM sleep disorder.

If tests show that their T cells are reacting to alpha-synuclein, the participants could benefit from receiving experimental treatments to dampen their immune response.

There is some evidence that a kind of immunotherapy, called anti-tumor necrosis factor (TNF) therapy, might work.

In one study, people who received anti-TNF therapy for inflammatory bowel disease were 78% less likely to develop Parkinson’s disease, compared with people who didn’t get the treatment.

Still, as the authors of the present study note:

“Attempts to develop treatment to slow the progression of [Parkinson’s disease] have so far been unsuccessful. One of the important factors in the lack of success is that it may be difficult to modify the disease when treatment is initiated after the majority of [nerve cells in the substantia nigra] have already been lost.