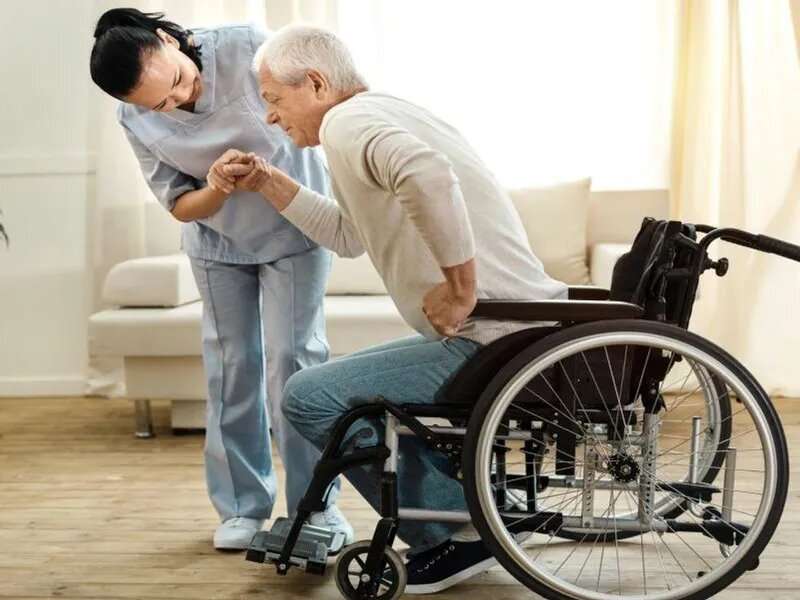 The pandemic has worsened longstanding staffing shortages at U.S. nursing homes and other long-term care facilities. Now, a new study shows that high employee turnover rates have yet to improve.

Researchers found that after initial workforce losses in the early phase of the pandemic, U.S. hospitals, outpatient centers and other health care settings were getting back to pre-pandemic turnover rates by late 2021.

That has not been the case, however, in the long-term care that many elderly and disabled Americans rely on. There, turnover rates remained higher than pre-pandemic levels through October 2021—the last month of the study period.

Experts said the pattern reflects well-known problems in long-term care that worsened during the pandemic.

“Long-term care was in trouble before the pandemic,” said researcher Bianca Frogner, a professor at the University of Washington School of Medicine. “These are tough jobs with low pay.”

And then came COVID, which first hit nursing homes and other long-term facilities—and hit them hard, Frogner said. Elderly residents were dying at alarming rates, staff lacked personal protective equipment, families were no longer able to visit, and long-term care seemed to be forgotten amid the focus on hospitals.

Not surprisingly, the study found, employee turnover rose in the pandemic’s initial months—as it did in hospitals and outpatient care. But while turnover rates gradually returned to near normal in those other settings, the problem has persisted in long-term care.

“There’s a lot that has to be fixed in long-term care,” said Susan Reinhard, senior vice president and director of the AARP Public Policy Institute.

Like Frogner, Reinhard pointed to the fundamental issues that came long before the pandemic. Much of the long-term care workforce is composed of nursing aides and assistants who receive much less education and training, and far less pay, than registered nurses or doctors.

Yet their work is physically and emotionally demanding, Reinhard said, and the pandemic only amplified that. Among the strains they faced was feeling forgotten.

According to Reinhard, the first distribution of Provider Relief Funds specific to nursing homes—critical to paying for staff protective equipment—did not go out until May 2020. Meanwhile, most states did not address the needs of home health aides at all.

While COVID is no longer ravaging long-term care facilities as it once did, Reinhard pointed out, it has not gone away, either. She said some workers may be leaving and taking other job opportunities that even if not higher-paying, may carry less stress and risk.

AARP has been tracking nursing home staff shortages. The latest figures, updated last month, show that 36% of U.S. nursing homes were understaffed. That number varies widely by state, though—from a low of 5.5% in California to over 80% in Alaska.

Reinhard, who was not involved in the new study, called it a “valuable contribution.”

“I don’t think we’ve known much about how turnover is recovering,” she said.

The findings—published April 8 in JAMA Health Forum—are based on data from a federal survey of U.S. households.

They show that in the year before the pandemic, employee turnover was higher in long-term care—which includes both facilities and home care—versus hospitals and outpatient care. At that point, the turnover rate was just over 4%.

Once the pandemic hit, that figure began to climb, and as of October 2021 had yet to improve—hovering around 6%.

Frogner’s team also looked at specific jobs, and found that turnover rates were highest among aides/assistants, followed by licensed practical and vocational nurses. That, Frogner said, is consistent with the higher turnover in long-term care.

In yet another consistent pattern, turnover rates were particularly high among people of color and women with young children. Those groups make up a large share of the lower-paid health care workforce, Frogner said, and they were also especially hard-hit by the pandemic.

However, she pointed out, those disparities existed before the pandemic, too. “That suggests there’s something systemically wrong,” Frogner said. “This is something we need to acknowledge and pay attention to.”

Reinhard said it’s critical to heed the lessons of the pandemic going forward. She noted that some states are pushing for increased wages for workers, while the Biden Administration recently announced a plan aimed at quality of care and “workforce sustainability” in nursing homes.

Among the proposals is to create “career pathways” that help aides and assistants work toward nursing positions.

In this study, home health care was wrapped into long-term care, and it is not clear how turnover changed among home health aides specifically.