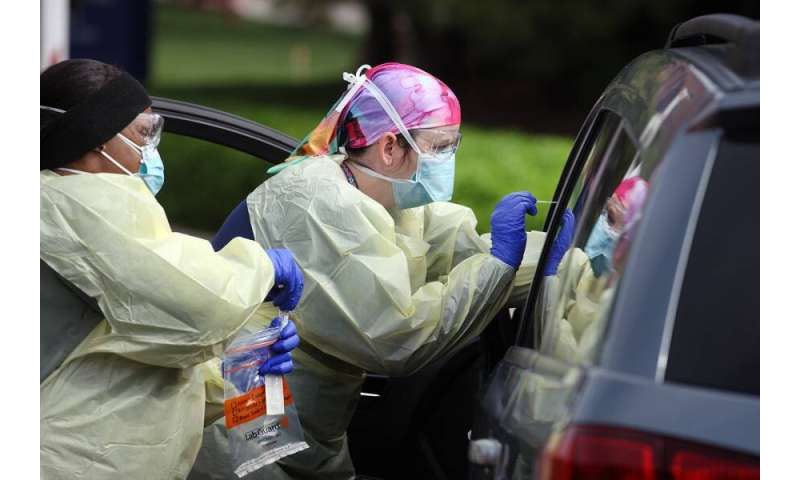 As COVID-19 began to spread abroad and then within the United States, Jim Kyung-Soo Liew decided to join the fight against the pandemic by putting his expertise in big data and artificial intelligence to work.

With the help of a data-gathering team of scientists from his software company and student volunteers from the Carey Business School where he is an associate professor, Liew created a map that tracks drive-through testing stations across the U.S., including in Alaska and Hawaii.

The Carey Business School spoke with Liew about how the mapping project originated, how it works, and why he believes it provides a valuable service during the crisis.

Can you describe the purpose of the project?

We are tracking data on drive-through COVID-19 testing stations because this method of testing, we believe, is the safest one presently available. By testing people who remain in their vehicles, the chance of infection to the health care worker is greatly reduced. This model of testing is also efficient: as soon as the service is complete, the individual simply drives off, and the next individual pulls up.

How did the project come about?

It pieced itself together as I was following the COVID-19 outbreak in South Korea with intense concern, as my brother-in-law and his family live on the U.S. military base in Daegu, South Korea. As I followed the news reporting on how South Korea was responding to the outbreak, I was intrigued by the efficacy of their drive-through testing kiosks in detecting and containing the spread of the virus and therefore “flattening the curve.”

Since I employ a team of data scientists for my machine learning and artificial intelligence full-stack software company, I turned to them to help me rapidly build and deploy a map showing all drive-through testing kiosks operating in the United States. Fortunately, I was prepared to deploy this task quickly since I have done research using latitude and longitude data.

The map is updated several times a day and is being heavily promoted on social media sites such as LinkedIn and Twitter. 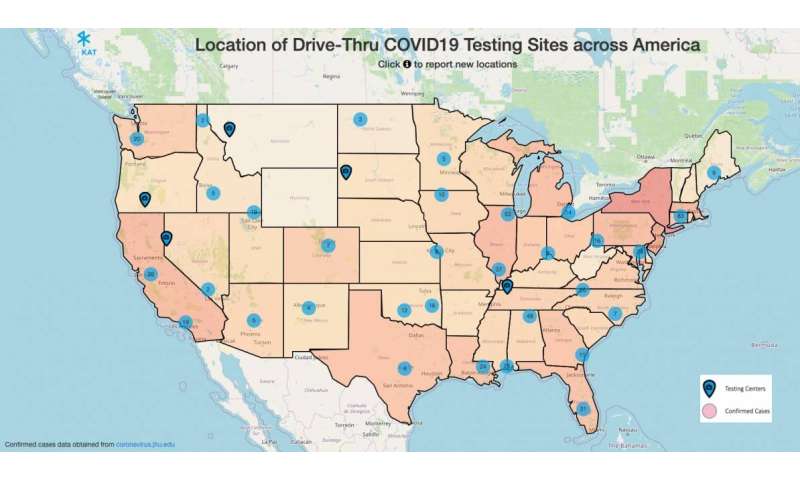 How is your team compiling the data?

To get the project off the ground quickly, my team initially compiled the data by hand. As the number of sites increased rapidly, I expanded my team to include 50 volunteer students from Carey. The volunteers search for drive-through kiosks across the U.S. by perusing online local news sites and input that data into a form. The form populates a database, and the data renders up on our site. We post the location of the site and include a link to the news site containing information about the testing kiosk.

We have also built an application programming interface that we are happy to share with anyone who can help get this data to the end users. At a time when information about COVID-19 is either scarce, confusing, or simply unknown, our project goal is to provide the power of information directly to individuals so they can protect their health and the health of loved ones and neighbors, and subsequently slow down and contain the further spread of COVID-19.

Further down the road, testing will also enable us to confidently resume returning to work, school, and our communities.

What do you see as the role of artificial intelligence and big data in tackling a global emergency such as COVID-19?

Because of COVID-19, the year 2020 has caused the health care technology industry to quickly shift in the direction of other industries that are leveraging AI to solve urgent pandemic-related problems. AI is being used now in the construction of better models that predict the global spread of the virus, for example. Another project uses AI to build more precise geo-location risk identification systems, an effort being prominently spearheaded by Google and Apple, who announced a partnership to share mobile proximity data for contract tracing. Other companies are using non-traditional data sets, such as social media chatter, tweet locations, cell phone movement and migration, credit card purchases, and job-seeking activity by recently furloughed employees.