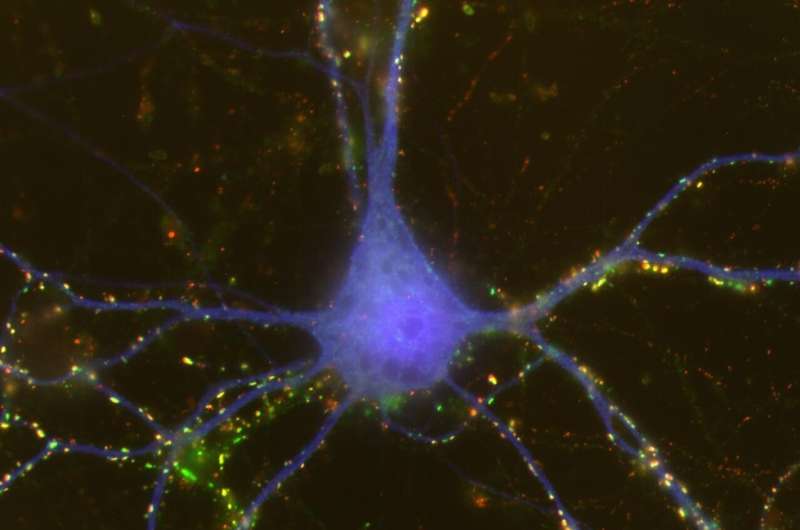 During development, brain cells may find different ways to connect with each other based on sex, according to researchers at the Marshall University Joan C. Edwards School of Medicine.

The study, recently published in eNeuro, an open access journal for the Society of Neuroscience, showed a significantly more robust synaptogenic response in male-derived cells compared to female-derived cells when exposed to factors secreted from astrocytes, which are non-neuronal cells found throughout the central nervous system. This difference was driven largely by how neurons responded to thrombospondin-2 (TSP2), a protein with cell adhesion properties that is normally secreted by astrocytes. In the study, TSP2 prompted a strong increase in synapses in male neurons while showing no effect on female neurons.

This work provides strong evidence that synapses, which serve as the basic building blocks for brain connectivity, may be formed by vastly different mechanisms during early development.

“Our goal is to better understand at a basic cellular level if there are sex differences in how cellular networks form in the brain,” said W. Christopher Risher, Ph.D., an assistant professor of biomedical sciences at the Joan C. Edwards School of Medicine and corresponding author on the study. “In this study, for the first time, we see evidence that events which were always assumed to be occurring in the same manner, regardless of sex, may actually be completely different in males compared to females. The fact that these differences involve astrocytes, which have traditionally been ignored in neuroscience but have recently become a hot topic for study, makes them all the more intriguing.”

Risher’s team, led by first author Anna Mazur, Ph.D., isolated brain cells (neurons and astrocytes) from male and female newborn rats for this study. Once the cells were isolated, they were cultured for up to two weeks in various combinations with each other and then imaged on a fluorescent microscope to determine how many synapses were formed at the end of the experiment. In addition, the cells were treated with TSP2 as well as numerous regulators of estrogen signaling, in order to determine the effect of each of these factors on synapse formation in male- and female-derived cultures.

“The fact that we have identified molecular pathways present in males that are either absent or less prominent in females indicates that there may be much that researchers have missed in the area of synaptic development, simply because we weren’t looking separately at males and females,” Risher said.