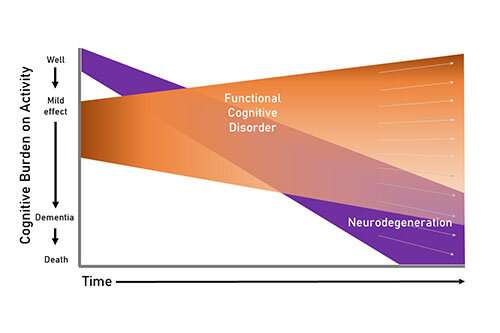 Experts estimate up to one third of people attending specialist memory clinics could have a condition that is commonly mistaken for early dementia.

In a paper published in the journal, Brain, UK academics and clinicians have collaborated to develop a diagnostic definition of the widely recognized but poorly understood condition, Functional Cognitive Disorder (FCD).

Dr. Harriet Ball from the University of Bristol, first author of the paper, said providing diagnostic criteria was an incredibly important step toward improving diagnosis, management and research into FCD and other cognitive disorders.

“Dysfunction of day-to-day thinking processes is a feature of FCD but it is often misdiagnosed as early dementia. We estimate up to a third of people attending specialist memory clinics have FCD. While FCD involves impairment of thinking processes, unlike dementia, it is not expected to progress. From a patient’s point of view, that is a very different prognosis and one that requires different management.

“As clinicians, our aim is to unravel the causes of early memory symptoms, and importantly, identify those that can improve over time rather than deteriorate towards dementia. Having clear diagnostic criteria for FCD will enable us to better characterize the condition and better explain it—and its prognosis—to patients and their families,” said Dr. Ball.

The position paper: Functional cognitive disorder: dementia’s blind spot is the collaborative effort of 25 of the UK’s leading experts on the topic and represents the first agreed clinical definition of FCD.

This definition will allow a new phase of research into FCD as researchers can now consistently identify patients for studies. The next stage for this work, which has already begun, involves assessing clinical markers and understanding the epidemiology, all of which will help to build treatment studies.

“While some people do spontaneously recover, this is often related to how long it has gone on for and how entrenched it has become. Treatment up to now has focused on management of aspects that we know can help in general, for example cutting down medications that might be making things worse, working on better sleep patterns; but in future we’d like to test specific cognitive therapies which could prove much more successful,” said Dr. Ball.

Dr. Ball said the definition also had important benefits in terms of strengthening research into dementia.