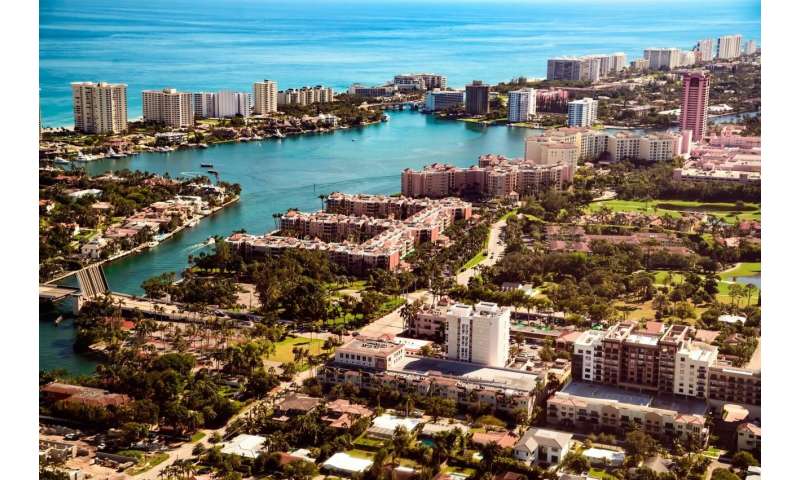 Researchers from Florida Atlantic University and collaborators conducted one of the first known studies to examine how cognitive functioning is affected differently by the neighborhood environment depending on one’s apolipoprotein E (APOE) genotype—a genetic risk factor for Alzheimer’s disease (AD). For the study, researchers categorized 4,716 participants from the Multi-Ethnic Study of Atherosclerosis as carriers of APOEε2 (lower AD risk), APOEε4 (higher AD risk), and APOEε3, the most common variant, which is considered to have neutral risk for developing AD.

Results of the study, published in the journal Health & Place, suggest that the cognitive benefits of living in neighborhoods with greater access to social, walking and retail destinations may be limited to individuals with a reduced genetic risk for cognitive decline, specifically APOE ε2 carriers.

“The positive influence of neighborhood environments on cognition may be strongest among individuals who are at the lowest risk for Alzheimer’s disease,” said Lilah M. Besser, Ph.D., M.S.P.H., senior author who led the study, an assistant professor in FAU’s School of Urban and Regional Planning within the College for Social Design and Inquiry, and a member of the FAU Brain Institute (I-BRAIN). “The risk of cognitive decline among APOE ε4 carriers may be difficult to overcome even when living in beneficial neighborhood environments.”

AD is the sixth leading cause of death in the United States and more than 5.8 million Americans are living with the disease. By 2050, this number is projected to rise to nearly 14 million. According to the Alzheimer’s Association, in 2019, AD and other dementias cost the nation $290 billion. By 2050, these costs could rise as high as $1.1 trillion.