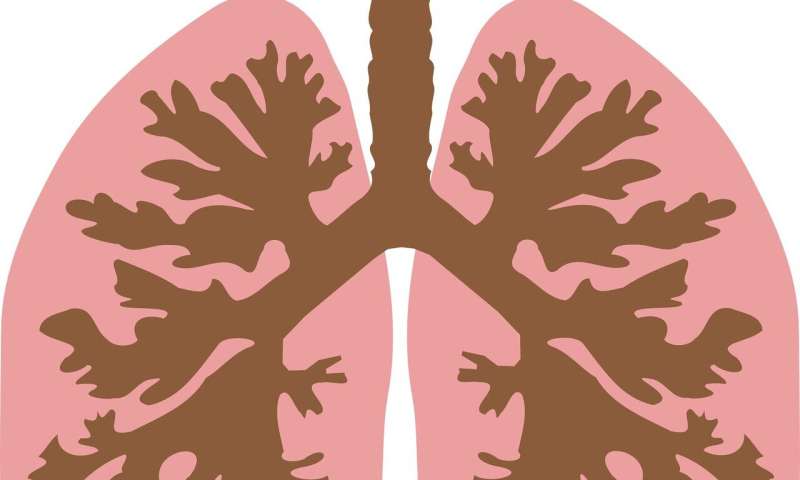 In the respiratory system, when the airway becomes irritated by small particles, infections or other invaders, the body’s immune system is signaled to attack. Once the immune system is primed, it sends white blood cells called eosinophils and mast cells to the affected area to immediately begin to fight.

The weapons of choice for these immune cells are chemical compounds, such as histamine and cytokines, that cause the airway to become inflamed. Past research showed that eosinophils and mast cells possess a special type of protein on their surface, known as Siglec-8, which uniquely fits and locks onto a second, and previously unknown, glycoprotein. When this mysterious molecule and Siglec-8 are bonded, the inflammatory response dies down.

Johns Hopkins Medicine researchers, led by Ronald Schnaar, Ph.D., professor of pharmacology at the Johns Hopkins University School of Medicine, found the mystery glycoprotein using mass spectroscopy. Called DMBT1S8, the molecule is an isoform, or nearly identical twin, of a known protein, DMBT1, that is believed to play a role in defending the respiratory tract’s mucosal cells. DMBT1S8 remained hidden until now because of its close likeness to DMBT1.

The discovery was announced in a study published on August 10, 2020, in the Journal of Allergy and Clinical Immunology.

Newly formed DMBT1 is processed in a pancake-like structure called a Golgi body within a human cell. The Golgi body, which acts as the cell’s postal system, delivers proteins and lipids to various locations. Like Clark Kent turning into Superman as it goes through the Golgi body, DMBT1 transforms into DMBT1S8 before leaving the submucosal gland to meet eosinophils and mast cells in the respiratory tract. There, the binding of DMBT1S8 to Siglec-8 halts inflammation and saves the airway from distress.