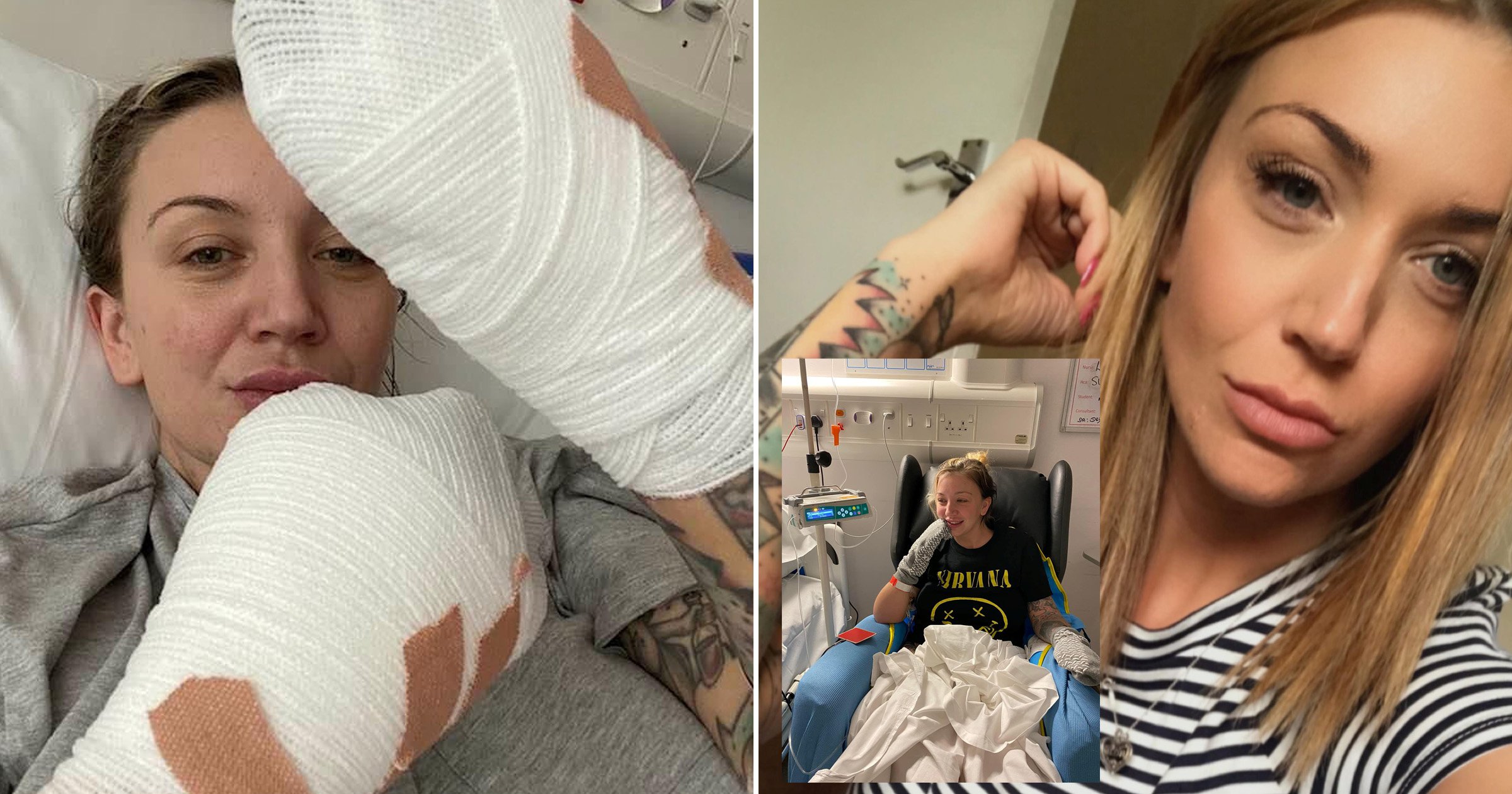 Christmas Day is a memorable occasion for so many reasons.

But for Sadie Kemp, it will be remembered as the day her life changed forever.

The 34-year-old was enjoying Christmas dinner with her family last year when she suddenly collapsed, after experiencing extreme back pain.

Sadie was taken to A&E and given pain relief, and was advised to come back if things got any worse.

But the following day, the NHS worker was rushed back to hospital and placed in an induced coma.

When she woke up in the new year, she saw her hands and feet had turned blue due to a septic reaction to a kidney stone.

Sepsis is a life-threatening reaction to an infection. It happens when your immune system overreacts to an infection and starts to damage your body’s own tissues and organs.

Doctors told the mum-of-two that all four of her limbs might need to be amputated, in order to stop the sepsis from spreading.

But Sadie’s body fought back at the infection.

The mum, from Peterborough, tells The Mirror: ‘I woke up from a two-week stint on life support.

‘They had been pumping me full of medicines to keep my organs alive but the limbs furthest away had suffered.

‘There was no blood supply to my arms and legs and the tissue had started to die.

‘At first they told me they were going to take all four limbs but as the days went on the skin started to heal.’

However, despite the sepsis retreating, it was too late to save Sadie’s hands.

Just this week doctors were forced to amputate all ten of the 34-year-old’s fingers, as they had become too septic to save.

Now experts are deciding whether Sadie will also need to have her legs amputated, too.

The kidney stone infection has left Sadie with life-changing injuries – and she’s unable to work as a result.

Now the mum’s friends are fundraising to pay for her bills and nursery fees, while she recovers.

Sadie also hopes to raise funds to get bionic fingers in the future, so she can regain control of her hands.

So far, more than £13,000 has been raised from donations, but family and friends hope to get to the target of £20,000 – so Sadie can continue to live as normal as possible.

They also stress they will be setting up a separate fundraiser for her bionic limbs – as research suggests costs currently stand at around £25,000 per hand.

The GoFundMe page can be found here.