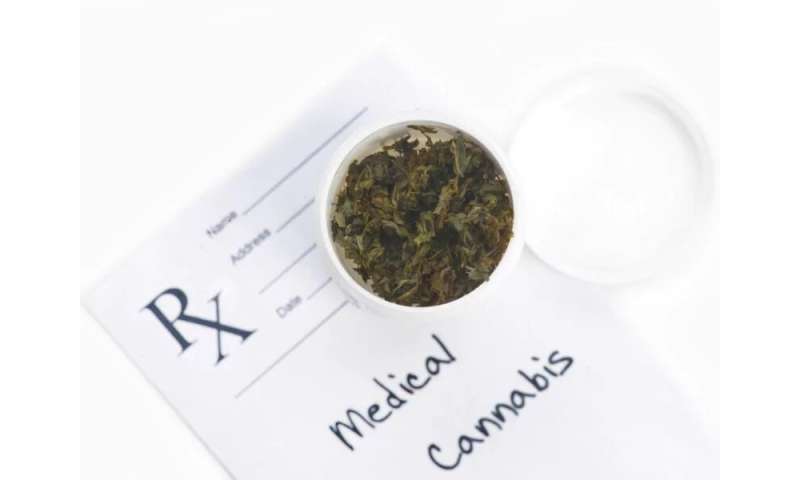 (HealthDay)—Folks struggling with depression are much more likely to turn to marijuana to ease their symptoms these days, and that’s not necessarily a good thing, researchers report.

Depressed people are more than twice as likely to have used pot within the last month and three times more likely to use it nearly every day in 2015-2016, a far higher number than 10 years before, the new study found.

Experts say this boom in use among the depressed is probably linked to the spread of marijuana legalization across the United States, particularly for medical purposes.

“Its accessibility has increased over the specific time period that this study measures,” noted Michael Wetter, director of adolescent and young adult medicine with the UCLA David Geffen School of Medicine.

The problem is that previous studies have shown pot actually can worsen mood disorders like anxiety or depression, said Dr. Elie Aoun, assistant professor of clinical psychiatry with the Columbia University College of Physicians and Surgeons.

“Marijuana does not change anything in the underlying brain pathology that contributes to depression,” Aoun said. “It just numbs your feelings so you can get through a couple of hours without thinking about your problems. When the effect dissipates, you’re going to be more depressed than you were before.” He and Wetter were not part of the research.

The new study relied on data drawn from the National Health and Nutrition Examination Survey, a federal poll regularly conducted by the U.S. Centers for Disease Control and Prevention.

The researchers, led by Deborah Hasin, from Columbia University Medical Center, analyzed responses from two periods—2005-2006 and 2015-2016—to identify people with symptoms of depression and track their self-reported marijuana use.

A depressed person had 2.3 times greater odds of reporting any cannabis use during the previous month in 2015-2016, a nearly threefold increase in risk from the decade before, researchers found.

Because the study is observational, it can’t say in which direction this association runs—if depressed people are more likely to turn to pot, or if marijuana use fuels depression.

“I think it’s probably both of these things at the same time,” Aoun said. “Marijuana could be causing depressive symptoms. Also, people who are depressed who are looking for treatment are seeking out options to help reduce the impact or burden of their depressive symptoms. When traditional treatment options are insufficient, they are turning to marijuana.”

THC, the chemical in pot that causes intoxication, has been shown to increase levels of dopamine in the brain, Wetter said. Dopamine is a “feel good” neurotransmitter that directly stimulates the pleasure centers in the brain.

That might make a depressed person feel better temporarily, but it’s really masking feelings that will return, Aoun said.

“Drugs don’t introduce new feelings that you don’t have in you,” Aoun said. “They just allow for disinhibition. If you’re depressed and you smoke marijuana, it’s not going to cure your depression.”

What’s more, these dopamine rushes alter your brain chemistry in ways that can exacerbate your depression.

“It requires more use in order to feel good,” Wetter said. “When you don’t have that, you will start to feel the symptoms of more increased depression. You experience the crash, if you will.”

“When states are pushing for the legalization of medical marijuana without credible evidence, you’re sending so many wrong messages,” Aoun said.

Not enough medical research has been done to firmly establish marijuana’s health benefits, but legalization has nonetheless made pot into a seemingly legitimate alternative for folks struggling with a mood disorder, Aoun said.

He compared pot to insulin, a treatment for diabetes tested in large-scale research studies before it became available to patients.

“With marijuana, it’s been a completely different story where these decisions are really driven primarily by companies with a significant financial interest in promoting marijuana use,” Aoun said.

People with depression or anxiety would be better off talking to their doctor about taking an approved prescription medication, Wetter said.

“People will tend to say I would rather use something that is natural and organic versus something synthetic, like Prozac or an SSRI,” Wetter said. “It is organic, it is natural, so it can’t be bad for you. If you’re feeling bad and this makes you feel better, how can it be bad? How can it be wrong?”