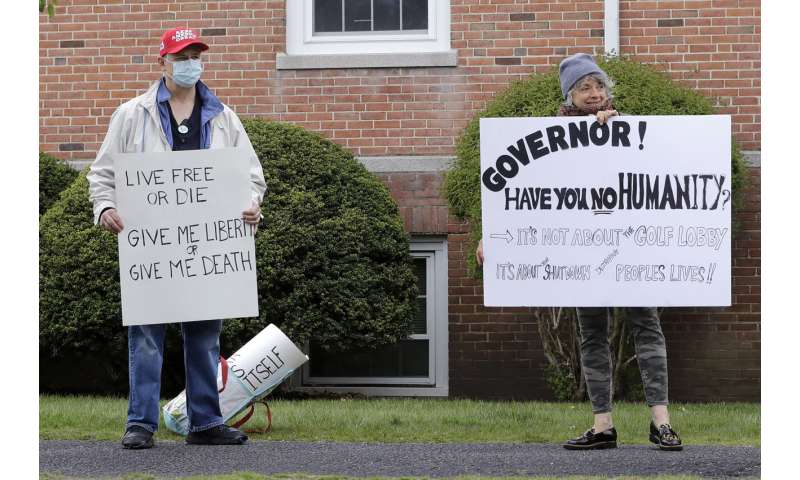 With states across the country beginning to reopen businesses, Massachusetts’ governor is facing mounting pressure to follow suit even as coronavirus deaths reached another grim milestone.

The state reported 129 new deaths Monday, bringing the total to 5,108.

Republican Gov. Charlie Baker recently allowed golf courses to open after an outcry and gun shops began selling again after owners sued. Now, with virus deaths topping 5,000, state leaders and health experts are urging restraint amid growing angst among businesses owners and residents over when and how the economic restrictions will be lifted.

Many business owners are increasingly worried about their livelihoods.

“I’ve worked my entire life since I was like 13 and it’s part of who I am,” said Dawn Desrosiers, who owns a hair salon, Hair 4 You, in the small central Massachusetts town of Hubbardston. “For someone to say I can’t, it’s just been a big blow.”

Desrosiers, who started an online petition calling for salons to be able serve one customer at a time, said she has had to pick up landscaping and housing cleaning work just to get by. She said she believes she can operate safely and fears her shop won’t last too much longer if she can’t get customers or government aid soon, she said.

“It’s awful, stressful, thinking am I going to survive?” she said.

There are signs that the virus’ spread is slowing in the hard-hit state. But Baker has cautioned that those sprigs of hope could be lost if residents don’t remain vigilant.

“We still have a lot of work to do when it comes to getting to the point where we feel like we have our hands and our arms around this virus,” Baker recently told reporters.

The governor has said the goal is to allow some businesses to reopen in a “limited fashion” starting May 18, assuming the situation continues to improve. On Monday, he unveiled a four-phase plan for reopening businesses—called Start, Cautious, Vigilant and the New Normal—but did not say which industries would reopen in which phase.

Massachusetts has seen a downward trend in the number of people hospitalized for COVID-19, and the percentage of those testing positive for the virus is lower than in April even as the state has increased the number of tests it’s conducting.

Yet, the number of deaths doubled in just over two weeks.

More than half of the deaths in Massachusetts have occurred in nursing homes and other long-term care facilities, and more than 98% of people had underlying conditions. In one of the deadliest known outbreaks at a long-term care facility in the country, more than 70 residents sickened with the coronavirus have died at a home for aging veterans in the western Massachusetts city of Holyoke. 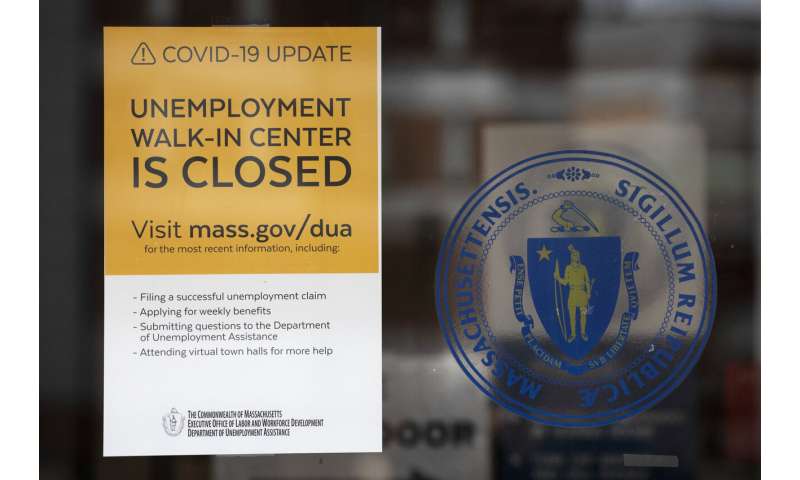 The state’s death toll is most likely higher because the count does not include people who have died but were never tested.

Dr. Jeremy Faust, an emergency medicine physician in Boston, said it’s dangerous to reopen until the total number of deaths from any cause returns to levels seen in a typical year.

“That’s how you know that the effect this virus is having on our society is no longer on the historic scale that it was the past few weeks,” said Faust, with Brigham and Women’s Hospital.

Worcester Mayor Joseph Petty said he was concerned about opening too quickly after dozens of employees at a Walmart in the city tested positive.

“A lot of people are hurting. I get that, but you can’t open up and really expect to close again,” he said. “I think you really have to open up methodically with a plan and see with it … with the scientists and the doctors, the public health experts tell you what to do.”

With more than 78,000 confirmed COVID-19 cases, Massachusetts has the third highest number among U.S. states behind New York and New Jersey. The state’s hardest hit communities include Chelsea, a densely populated suburb of Boston with a large immigrant population. Worcester has also seen a number of cases.

There have been more than 80,000 deaths across the U.S., according to Johns Hopkins University. The number of infections is thought to be far higher because many people have not been tested, and studies suggest people can be infected without feeling sick.

Criticism of Baker reached a new intensity last week when hundreds of protesters with flags bearing President Donald Trump’s name and signs with messages such as “Tyranny is not Leadership” gathered outside the statehouse calling on the governor to reopen the economy. And a federal judge rebuked Baker for closing gun shops, saying he infringed on residents’ Second Amendment rights.

After one golf course owner vowed to defy the shutdown order and begin booking tee times again anyway, Baker allowed golf courses to reopen, with some restrictions. That has angered other businesses who also want to reopen.

“To hear that was just like a slap in the face,” Cheryl Purcell of Pooch Paws, a Hanover pet grooming salon, told WBZ-TV. “It’s a joke now, to me.”

Ice cream shop owner Judith Herrell said she’s eager to have her business back to normal again. But she believes the risks are still too great.