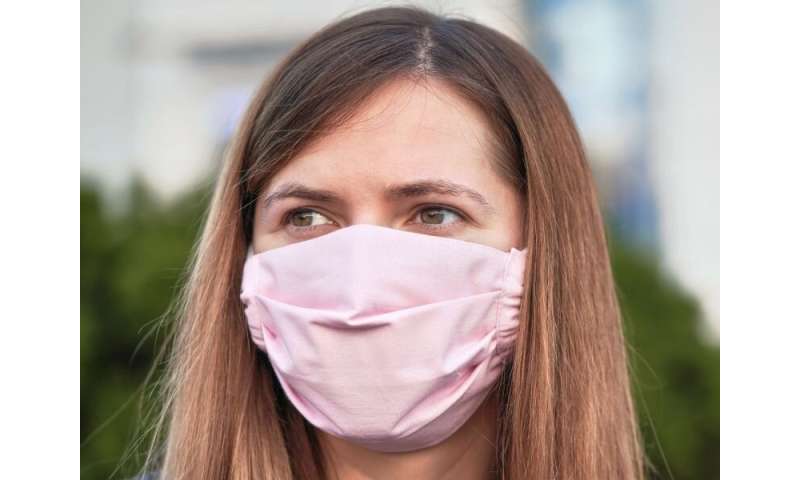 (HealthDay)—Despite more Americans saying they know someone who’s been sickened or even died from COVID-19, there’s been a decline in the percentage who say they always wear a mask when they leave their home.

Two-thirds (66%) of U.S. adults surveyed in a new HealthDay/Harris Poll said they “always” donned a mask when leaving their home and weren’t able to socially distance, compared with 72% in a poll conducted in October. The proportion of Americans who now say they wear a mask outside the home is edging closer to the 61% reported in an August survey conducted by The Harris Poll.

The decline in mask wearing is surprising, given that the same poll finds the proportion of Americans with a direct connection to COVID-19 is on the rise.

Close to two-thirds of U.S. adults (63%) said they or someone they know (including acquaintances) had been hospitalized due to, or passed away from, COVID-19, and half (50%) said they had direct experience with COVID-19. That includes:

Overall, more than two in five U.S. adults (43%) now know someone who has been hospitalized or passed away due to COVID-19.

“As COVID-19 cases and deaths in the U.S. continue to rise, our current survey data put this harrowing reality into further perspective,” said Kathy Steinberg, vice president of research for public release at The Harris Poll.

“The majority of Americans have close connection to the serious impacts of the virus, as 43% know someone who has been hospitalized or passed away from COVID-19, which is up from 36% just two months ago in October,” she noted.

“Despite these frightening and shared experiences, the proportion of Americans who frequently wear a mask is declining, especially for men and younger adults,” Steinberg said. “It will be crucial to reinforce the continued importance of masks and social distancing even as vaccine distribution begins.”

As seen in prior polls, partisanship is closely tied with decisions around mask use. In the new poll, 71% of Democrats said they “always” wear a mask when leaving their home, versus 61% of Republicans.

Still, consistent mask wearing has declined among all parties since October, when a poll pegged rates at 82% among Democrats, 66% among Republicans and 69% among Independents.

One expert had some theories about why mask wearing is declining as more people are affected by the pandemic.

“Although it is not clear why there is a disconnect between less stringent mask wearing and increased exposure to loved ones sick or dying of COVID, some theories are being considered,” said Dr. Teresa Murray Amato, chair of emergency medicine at Long Island Jewish Forest Hills, in New York City.

“The pandemic has been active in the United States for several months and people have had to undergo quarantining, social isolation and disruption in normal routines,” she said.

“Wearing a mask for some means having to acknowledge that we are still in a pandemic and that life has not returned to what it was. For others, it may be that hearing about the vaccine rolling out represents hope and the feeling that we are no longer going to need to wear masks,” Amato added.

“This finding is troubling for those of us in health care, as we know that wearing a mask will significantly reduce the chance of both transmitting and acquiring the infection,” she said. “And although we are very hopeful about the vaccines, we do not have enough data to know if vaccination will stop the transmission of the virus.”

Another expert stressed that mask wearing is more important than ever.

“Now that much more is known about how to treat the disease early, the fact that there are therapeutics now that help with the early disease management, and the vaccine is here and is beginning to be administered gives us a real hope that there is a way out of this pandemic,” said Dr. Theodore Strange, interim chair of medicine at Staten Island University Hospital, in New York City.