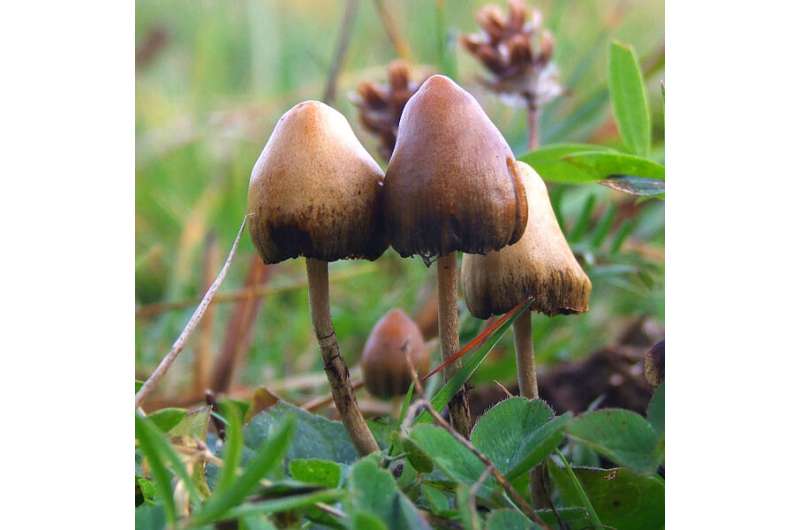 Psilocybin, the psychedelic compound found in magic mushrooms, helps to “open up” depressed people’s brains, even after use, enabling brain regions to talk more freely to one another.

These are the findings of a new analysis of brain scans from close to 60 people receiving treatment for depression, led by Imperial College London’s Centre for Psychedelic Research. The team behind the study believes it may have untangled how psilocybin exerts its therapeutic effects on the brain.

Psilocybin is one of a number of psychedelics being explored as a potential therapy for psychiatric disorders. Several studies have trialed a synthesized form of the drug to treat patients with depression and anxiety, with promising results.

The new results, taken from two combined studies, reveal that people who responded to psilocybin-assisted therapy showed increased brain connectivity not just during their treatment, but up to three weeks afterwards. This “opening up” effect was associated with self-reported improvements in their depression. However, similar changes in brain connectivity were not seen in those treated with a conventional antidepressant (called escitalopram), suggesting the psychedelic works differently in treating depression.

According to the team, the findings, published today in the journal Nature Medicine, are a promising advance for psilocybin therapy, with the effects replicated across two studies. They explain that patterns of brain activity in depression can become rigid and restricted, and that psilocybin could potentially help the brain to break out of this rut in a way that traditional therapies cannot.

The paper’s senior author Professor Robin Carhart-Harris, former Head of the Imperial Centre for Psychedelic Research who is now based at University of California, San Francisco, said: “The effect seen with psilocybin is consistent across two studies, related to people getting better, and was not seen with a conventional antidepressant.

“In previous studies we had seen a similar effect in the brain when people were scanned whilst on a psychedelic, but here we’re seeing it weeks after treatment for depression, which suggests a ‘carry over’ of the acute drug action.”

Initial findings from two studies carried out at Imperial reported a reduction in measures of depression, but the mechanism underpinning how the treatment exerts these effects has been unclear.

Both trials found improvements with psilocybin therapy, as measured by improved participant scores on clinical questionnaires. Analysis of the brain scans revealed altered communication or connectivity between brain regions.

More specifically, they found an increase in communication between those brain regions that are more segregated in depressed patients. They found a correlation between this effect and symptom improvement in both trials—while the strength and duration of effect varied between participants, it was strongest in those who reported an improvement in symptoms. The researchers added that while follow-up data is still being analyzed for participants, initial changes in brain activity one day following treatment were a good predictor of whether a person would still show improvement at six months.

Professor Carhart-Harris added: “We don’t yet know how long the changes in brain activity seen with psilocybin therapy last and we need to do more research to understand this. We do know that some people relapse, and it may be that after a while their brains revert to the rigid patterns of activity we see in depression.”

The authors caution that while these findings are encouraging, previous trials assessing psilocybin for depression took place under controlled, clinical conditions, using a regulated dose formulated in a laboratory, and involved extensive psychological support before, during and after dosing, provided by mental health professionals.

Patients with depression should not attempt to self-medicate with psilocybin, as taking magic mushrooms or psilocybin in the absence of these careful safeguards may not have a positive outcome.

Professor David Nutt, head of the Imperial Centre for Psychedelic Research, said: “These findings are important because for the first time we find that psilocybin works differently from conventional antidepressants—making the brain more flexible and fluid, and less entrenched in the negative thinking patterns associated with depression. This supports our initial predictions and confirms psilocybin could be a real alternative approach to depression treatments.”