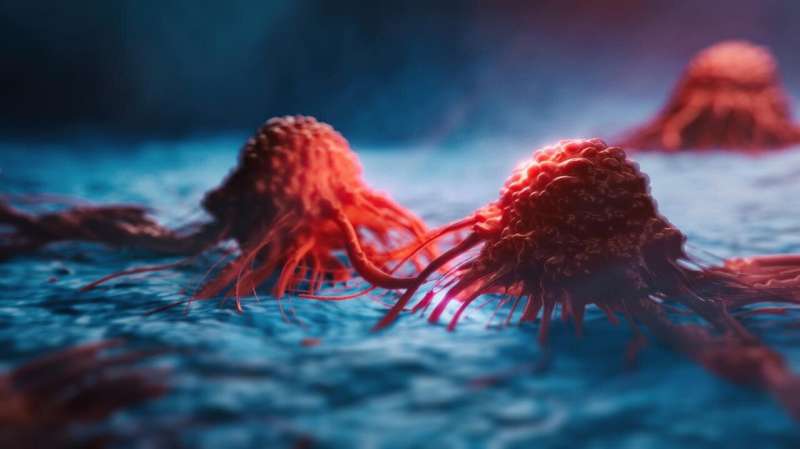 Mutations that inactivate the ARID1A gene in ovarian cancer increase utilization of the glutamine amino acid making cancer cells dependent on glutamine metabolism, according to a study by The Wistar Institute published online in Nature Cancer. Researchers also showed that pharmacologic inhibition of glutamine metabolism may represent an effective therapeutic strategy for ARID1A-mutant ovarian cancer.

Up to 60% of ovarian clear cell carcinomas (OCCC) have inactivating mutations in the ARID1A tumor suppressor gene. These mutations are known genetic drivers of this type of cancer, which typically does not respond to chemotherapy and carries the worst prognosis among all subtypes of ovarian cancer.

“Metabolic reprogramming is a hallmark of many cancers, including OCCC, so in this study we assessed whether ARID1A plays a role in regulation of metabolism,” said Zhang, corresponding author on the paper. “We found that its inactivation in cancer cells creates a specific metabolic requirement for glutamine and exposed this as a vulnerability that could be exploited for therapeutic purposes.”

The authors inactivated ARID1A in wild type ovarian cancer cells and observed increased glutamine consumption. Glutamine is normally required for cancer cells to grow, but Zhang and colleagues unveiled a stronger dependence of ARID1A-mutant cells on this amino acid, which significantly enhanced the growth suppression induced by glutamine deprivation.

ARID1A is part of a protein complex called SWI/SNF that modulates gene expression. The authors investigated the transcriptional effect of ARID1A inactivation and found that GLS1, which encodes for the glutaminase enzyme, was the top upregulated gene among those controlling glutamine metabolism. Accordingly, GLS1 was expressed at significantly higher levels in tumor samples from patients with other cancer types that also carry mutations in the SWI/SNF complex.

The team evaluated the therapeutic potential of inhibiting the glutamine metabolism by blocking the glutaminase enzyme with the CB-839 inhibitor. It has been reported that this molecule is under investigation in clinical trials and is well tolerated as a single agent and in combination with other anticancer therapies.

When tested in vivo on OCCC mouse models, CB-839 significantly reduced tumor burden and prolonged survival. These studies were expanded to mice carrying patient-derived tumor transplants, confirming that CB-839 impaired the growth of ARID1A-mutant but not ARID1A-wildtype tumors.

Researchers also combined CB-839 with anti-PDL1 treatment and revealed a synergy between glutaminase inhibitors and immune checkpoint blockade in suppressing the growth of ARID1A-mutant OCCC tumors.

“Our findings suggest that glutaminase inhibitors warrant further studies as a standalone or combinatorial therapeutic intervention for OCCC, for which effective options are very limited,” said Shuai Wu, Ph.D., first author of the study and a staff scientist in the Zhang Lab.