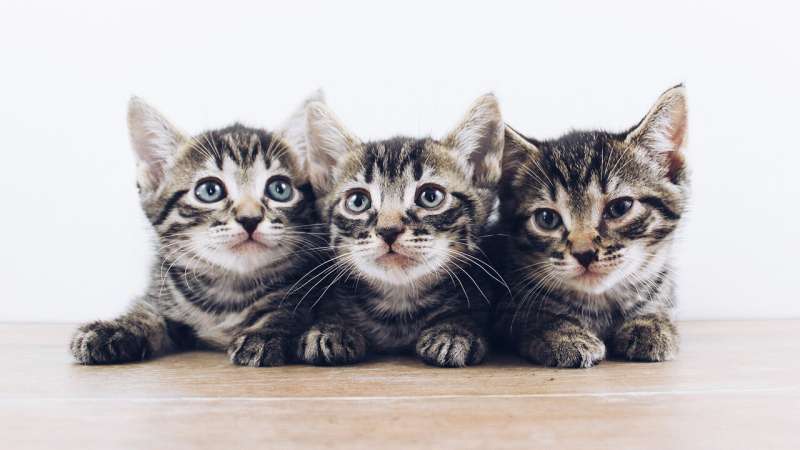 Kittens could be the model for understanding infectious, sometimes deadly, diarrheal disease in both animals and children, according to new research from North Carolina State University.

“We were looking for causes of infectious diarrhea in kittens, which has a high mortality rate, and came across this pathogen,” says Jody Gookin, FluoroScience Distinguished Professor in Veterinary Scholars Research Education at NC State and corresponding author of the research.

“The interesting thing about aEPEC is that you can find it in both healthy and sick individuals. Having it in your intestinal tract doesn’t mean you’re sick, but those that are sick have a higher burden, or amount of the bacteria, in their bodies.”

Gookin and Victoria Watson, a former Ph.D. student at NC State and lead author of the study, performed a genomic analysis of aEPEC isolates from both healthy kittens who were colonized by the bacteria and kittens with lethal infections to try and determine why aEPEC causes illness in some kittens but remains dormant in others.

With collaborators at the University of Maryland, Gookin and Watson then compared the genomic data from both groups of kittens to human aEPEC isolates. However, there were no specific genetic markers that allowed the researchers to distinguish between the groups of isolates.

“The aEPEC isolated from humans is the same as that found in healthy and sick kittens,” Gookin says. “There weren’t any unique genetic markers that could explain why one group of bacteria causes disease while the other one doesn’t. The only thing we found were behavioral differences between the isolate groups.

“The pathogenic, or disease-causing, isolates had more motility—they were better swimmers. AEPEC bacteria cause disease by attaching to epithelial cells lining the intestine. Those cells then secrete fluids, causing diarrhea. So the better or further aEPEC bacteria could swim, the easier it would be to find cells and attach.”

The findings point to kittens as a potentially invaluable model for further exploration of aEPEC on the molecular level to inform treatment approaches for both humans and felines.