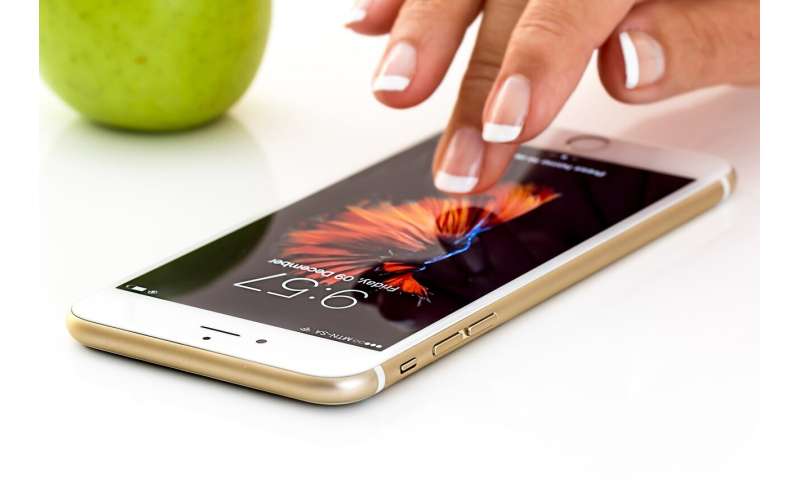 As smart phones have become a pervasive part of daily life over the last decade or so, they’ve changed the way people socialize and communicate. They’re always around and always within reach, or nearly always.

So what happens to people’s brains and bodies when their phones are out of reach, or within reach but not usable?

That’s what Dave Markowitz, assistant professor in the School of Journalism and Communication, and colleagues sought to find out in a recent study published in PLOS One, a peer-reviewed, open-access scientific journal.

Markowitz is interested in understanding the psychology of communication behavior, including language patterns and how media affects social and physical processes. As part of his doctoral thesis at Stanford University, he devised a study examining how subjects responded when exercising self-control with their phones.

He recruited 125 participants for the study, who were assigned to one of three groups and then directed to sit alone in an empty room for six minutes, though they weren’t told the duration. Here’s how the groups were divided up:

“The surprising finding for me was the reduction in concentration difficulty when people had to resist” using the phone, Markowitz said.

One possible reason that resisting the phone led to perceived improvement concentration? Most people think phones are valuable and seeing it front of them, even though they could not use it, offered something to think about compared to sitting without their phone, he said

“At least having it front of you was psychologically better than not having it all,” he said. “Having some form of external stimulation, even if it wasn’t used, I think that can focus the mind a bit.

It suggests having the phone present is better than not, but what’s not clear is whether the phone is special, or if the participants would have reacted the same way with a book in front of them that they weren’t allowed to read or pick up, he said.

Markowitz’s findings fit with research by Tim Wilson at the University of Virginia, who found that when people were given time for “just thinking,” they experience psychological consequences—less enjoyment, more difficulty concentrating, more mind wandering—compared to if they had some form of external stimulation.

“The mind can wander and lose focus when you’re not given a thinking aid,” which can be less psychologically positive for people, he said.

Markowitz said his study also fits in a framework of trying to understand if technology, or media in general, are mirrors or modifiers of human behavior.