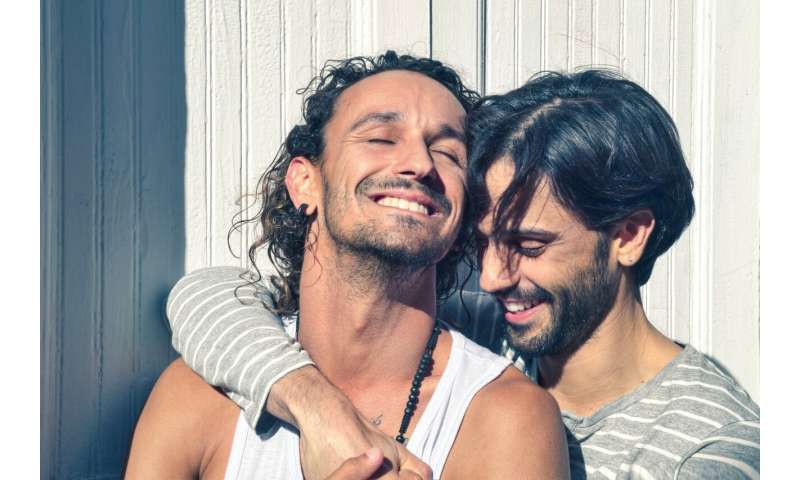 Sexual consent for gay, bisexual, and other men who have sex with men (GBM), presents a unique challenge in comparison to those of other sexes and sexual orientations.

These are the findings of a new comprehensive study which took in detailed and personal first-hand (qualitative) accounts from this community of men from the United States, Canada, the UK, and several Western European nations including Germany, France, Italy, Netherlands.

Published in the Journal of Sex Research, the study shows how a series of issues including communication barriers, obligation/expectation to engage in sex, masculinity norms, and sexual positions can create struggles for GBM to face when they attempt to navigate sexual consent during their sexual encounters with other men.

While numerous men in the study reported having no issues negotiating sexual consent, many did. In total 78% of the 350 men interviewed reported various issues around consent negotiation, whilst 64% described instances where some form of unwanted sexual experience occurred.

Lead author Raymond McKie, M.S., a Ph.D. candidate from the University of Ottawa, states that the stories of the men interviewed presents a “unique” picture and reveals “important trends” that this population of men experience—including issues prior, during, and post, a sexual encounter.

“These findings highlight the complications that can arise from a reliance on non-verbal approaches to negotiating sexual consent among GBM. Sexual scripts are constructed based on societal norms and ideals around sexuality. However, for GBM, these scripts and norms are less clear, and as such, GBM are left to navigate their understanding of sexual consent from a perspective that does not always fit their sexual interactions and desires,” he says.

“For instance, many respondents recounted how the stereotypes around gay men’s hypersexuality made consent negotiation more complicated and challenging. Participants discussed a sense of a normative pressure to always be ready for and interested in sex. Further, sexual settings (e.g. bathhouses, cruising areas, gay clubs with dark rooms meant for sex) made consent negotiation even more complicated at times as the man was already in a space seeking for sex, but perhaps not with the person who chose to pursue them,” McKie describes.

Many of those questioned spoke to some form of communication barrier that complicated navigating away from an unwanted sexual experience or made it more difficult to assert themselves in order to have the kind of sexual encounter they wanted. For example, participants reported communication issues around risk, sexual positioning, and expectations to engage in sex.

“Once an unwanted sexual situation was underway, many described using several different methods for diverting the sexual encounter by either lessening intimacy/intensity of the sexual act, turning the partner off to end the encounter early, or ‘giving in’ to unwanted sexual experiences in order to avoid confrontation with a partner,” McKie says.

“Further, in situations where one is actually not interested in sex (either in general or with a particular partner), this can lead to feelings of obligation or other complications related to experiencing a lack of agency in the encounter. Some men also reported concerns that failing to meet these stereotypical expectations could result in aggression or social ostracization.”

He explains, “These instances include with both casual and long-term partners, and often coincided with occasions where the respondent had initially been interested in sex with someone, but later changed their mind. Still others described trying to exit an unwanted sexual situation, but then having to deal with aggression or drug involvement that prevented them from reasoning with their partner(s).”

There were no major differences in experiences expressed by men from different geographic regions, and the study recognizes that more research is now needed to understand the intricacies and intersectional challenges faced by individuals who are marginalized and individuals from different cultures with less access to LGBTQ+ resources and communities (e.g., the global south, rural communities, locations with different laws and religious beliefs).

“This should not be taken to suggest that all GBM experience negative sexual encounters nor that the vast majority of their encounters are negative,” the report states. It is hoped, however, that this research—the first qualitative study to examine the sexual consent and boundary challenges experienced within a multinational sample of GBM—will further the understanding of the unique challenges faced, and could ultimately lead to more satisfying sexual encounters, more consistent use of safer sexual practices, and less regret when GBM are better able to take ownership of their own desires.”