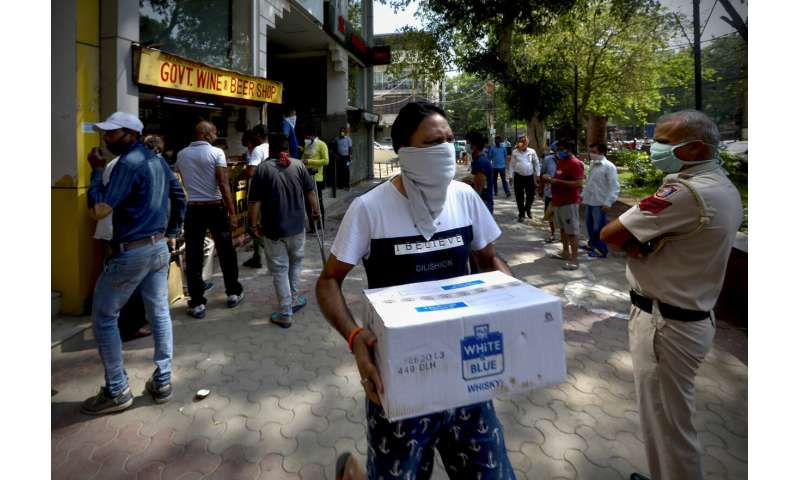 India relaxed some coronavirus lockdown restrictions on Monday even as the pace of infection picked up and reopenings drew crowds of people.

The near-total 5-week lockdown on India’s 1.3 billion population achieved a slowdown in the spread of the virus but has caused immense hardship for India’s legions of poor people, who could neither stay in cities without work nor travel to their home villages and waited in line daily for hot meals. Some degree of lockdown will continue at least until May 18.

A tentative return to normal life, albeit with masks, social distancing and stringent hygiene standards, resumed in low-risk areas with few or no cases, while constraints on movement and work continued elsewhere in the country. In New Delhi, a designated hot spot where many lockdown restrictions remained, construction workers, Uber drivers and self-employed people such as housekeepers returned to work.

During the lockdown, only businesses deemed essential, such as grocery stores, banks and pharmacies, were open. The sale of alcohol was banned. But on Monday, a broader array of business was permitted. More than 100 people, not all observing social distancing norms, stood in line to enter a liquor store. 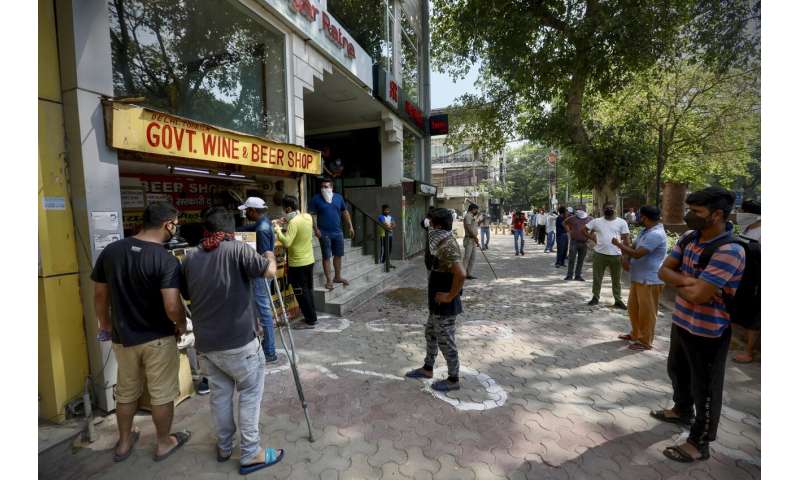 At another liquor store in Old Delhi, a usually highly congested area around the Mughal-era Red Fort, about 200 would-be shoppers pushed and shoved each other to enter. Police wielded their bamboo batons to break up the crowd.

Neeraj Mehta went to a liquor store in East Delhi, but the crowd scared him off. “The government should just keep the liquor shops shut if such crowds are going to gather,” he said.

Migrant workers who fled Indian cities en masse when the lockdown took effect March 25, only to become stranded on the road and quarantined by state governments, were traveling by special rail service to their home villages. The Railways said it would charge a highly subsidized rate, but opposition political leader Sonia Gandhi said the Congress party would cover the cost.

“Thousands of migrant workers and laborers were forced to walk home several hundred kilometers on foot without food, without medicines, without money, without transportation, without anything but the desire to return to their families and loved ones,” Gandhi said in a statement. 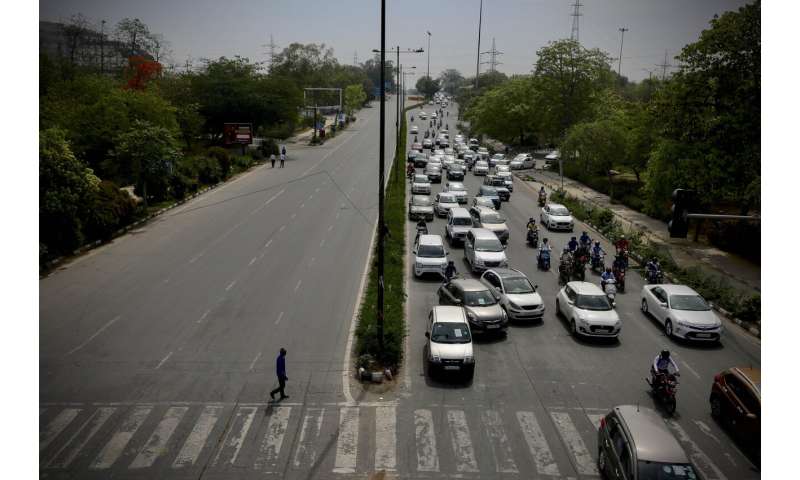 Still, the infection rate was growing at 5.5% compared to 4.7% two day ago, according to the Brookings Institution think tank.

“Active cases now growing at 5.5%, so doubling every 13 days. Not good. Hotspot management (containment and contact tracing and testing) needs to be much better,” tweeted Shamika Ravi, a Brookings Institution fellow.