You know sex should feel good (amazing, ideally), but for many women, that’s not always the case. In fact, 75 percent of women experience some kind of pain during intercourse at some point in their lifetime, according to the American College of Obstetrics and Gynecology (ACOG). One common form of discomfort during penetrative sex is a burning or stinging sensation (not fun!).

If you have a one-off experience with your vagina burning during particularly rough penetration or without using enough lube, there’s no reason to be freaked out. That’s normal. But, if you have a consistent burning pain during or right after sex, it’s worth it to investigate what the cause is, says Lauren Streicher, MD, clinical professor of obstetrics and gynecology at Northwestern University.

The cause of the pain isn’t always cut-and-dry (no pun intended). Often times, women chalk up vaginal burning to a urinary tract infection (UTI), or a sexually transmitted infection (STI). It’s true that you may experience burning down there when you pee if you have a UTI, and it could seem like that’s related to sex if you pee right after intercourse. But pain from a UTI is generally not caused by or amplified by sex. If you have an STI, such as gonorrhea, chlamydia, trichomoniasis, or genital herpes, you may also have vulvar or pelvic pain, but sex isn’t going to affect that pain necessarily. 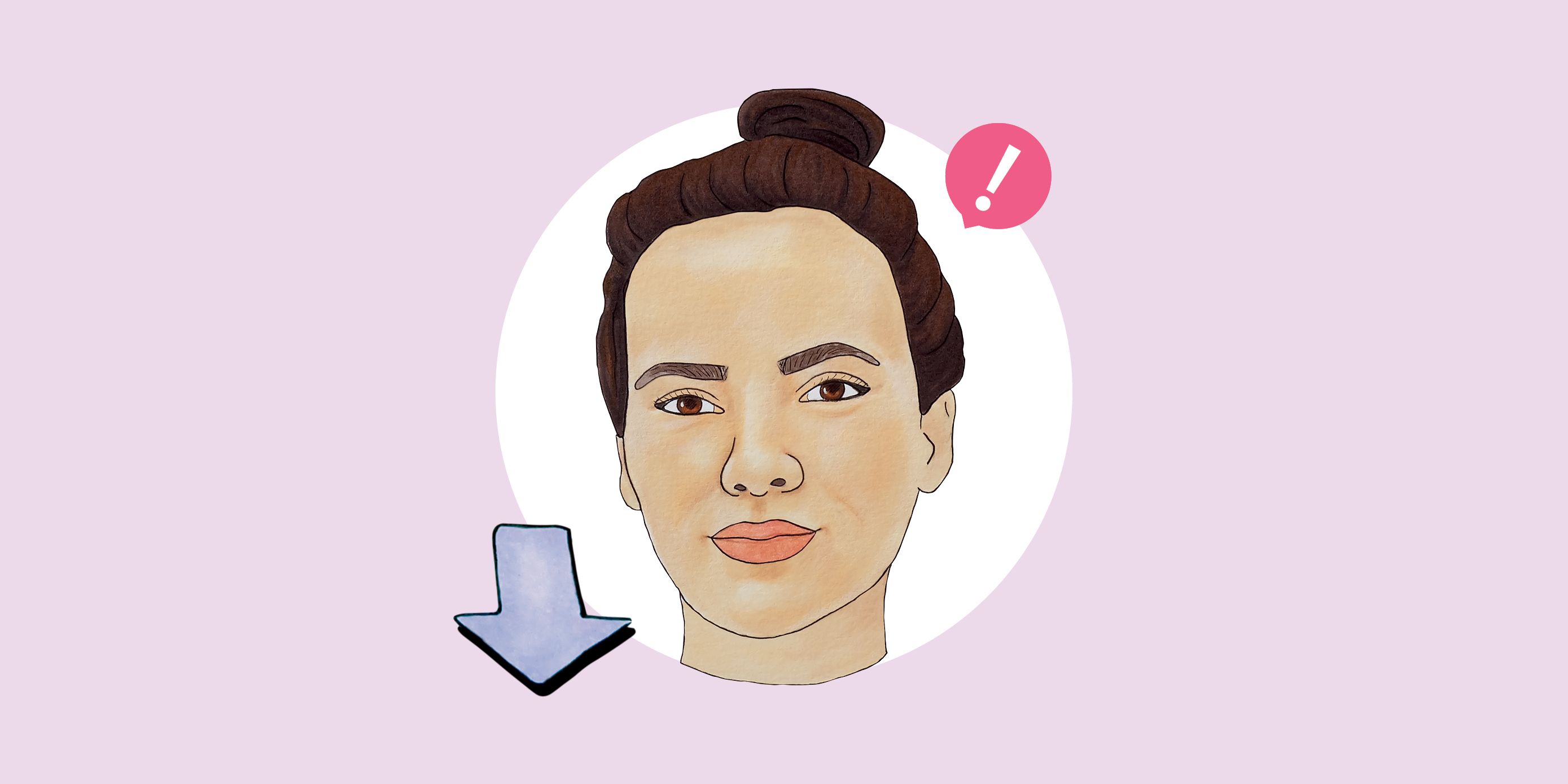 Now, there are some conditions that contribute to painful intercourse, which is often caused by vaginal dryness from lack of lubrication. “You may have burning upon entry, not because there’s something wrong with the opening to the vagina, but you could have pelvic pain because the body isn’t lubricating and is therefore ‘clamping down,’” Dr. Streicher explains.

Here’s more on what conditions may be causing the dryness and burning feeling during or after sex—and what you can do about each one.

If you’ve ever had one, you know that yeast infections aren’t the most comfortable experience. Typically, Dr. Streicher says, you’ll feel itchiness, and may have redness at the opening of the vagina, along with thick white discharge. But, there’s a chance it may burn during sex too. “There can be burning from the inflammation of the tissue,” says Dr. Streicher.

Symptoms of a yeast infection might be similar to a bacterial infection called bacterial vaginosis, or BV, which is caused by an imbalance of pH in the vagina. BV causes vaginal irritation, but not necessarily added irritation during or after sex. 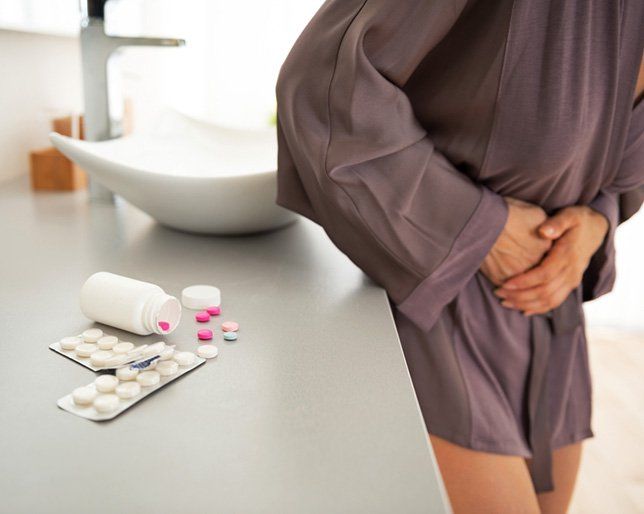 You probably won’t have the redness that you would with a yeast infection either. You may experience foul odor, thin white discharge, and pain (that doesn’t get worse with intercourse, necessarily), Dr. Streicher explains. You can get an antibiotic from your doctor to treat BV.

Treatment: Yeast infections are typically treated with an antifungal. There are over-the-counter versions you can get, but if you haven’t had a yeast infection before, you should definitely see your doctor so they can make sure that’s the underlying issue you’re dealing with, says Dr. Streicher. They’ll be able to prescribe stronger antifungal medications as well.

This condition is common in young women and often causes pain or burning at the opening of the vagina during sex. (It’s also sometimes referred to as vulvodynia, but technically, that only refers to vulvar pain, whereas vestibulodynia includes vaginal pain.)

“This is essentially caused by hypersensitivity on the nerve endings in the vagina,” Dr. Streicher says. Vestibulodynia can be hormonal too, and potentially triggered by low-dose birth control pills, which may contribute to vaginal dryness by lowering testosterone levels (which is a huge factor in your sex drive!), she adds.

Treatment: If you confirm with your gyno that you’re experiencing vestibulodynia and you think the reason is your BC, speak with your doctor about potentially changing the prescription or using a different method, such as an IUD.

Vaginismus is a different condition from vestibulodynia, though there is sometimes an overlap in symptoms, Dr. Streicher says. Basically, with vaginismus, the muscles surrounding the vaginal opening are constricting, and this can also result in dryness and burning when you have penetrative sex.

Treatment: Patients with vaginismus may benefit from working with a pelvic floor specialist, who can help gently stretch the tissues of the vagina and release muscle tension.

Some women are sensitive to certain personal care products, such as scented vulvar washes and soaps, and it can cause an inflammatory reaction that may feel like burning or stinging pain, Dr. Streicher says.The same goes for lube, which ironically, many women use to combat dryness. Another potential but rare cause of an inflammatory burning reaction is an allergyor inflammatory response to semen, says Dr. Streicher. 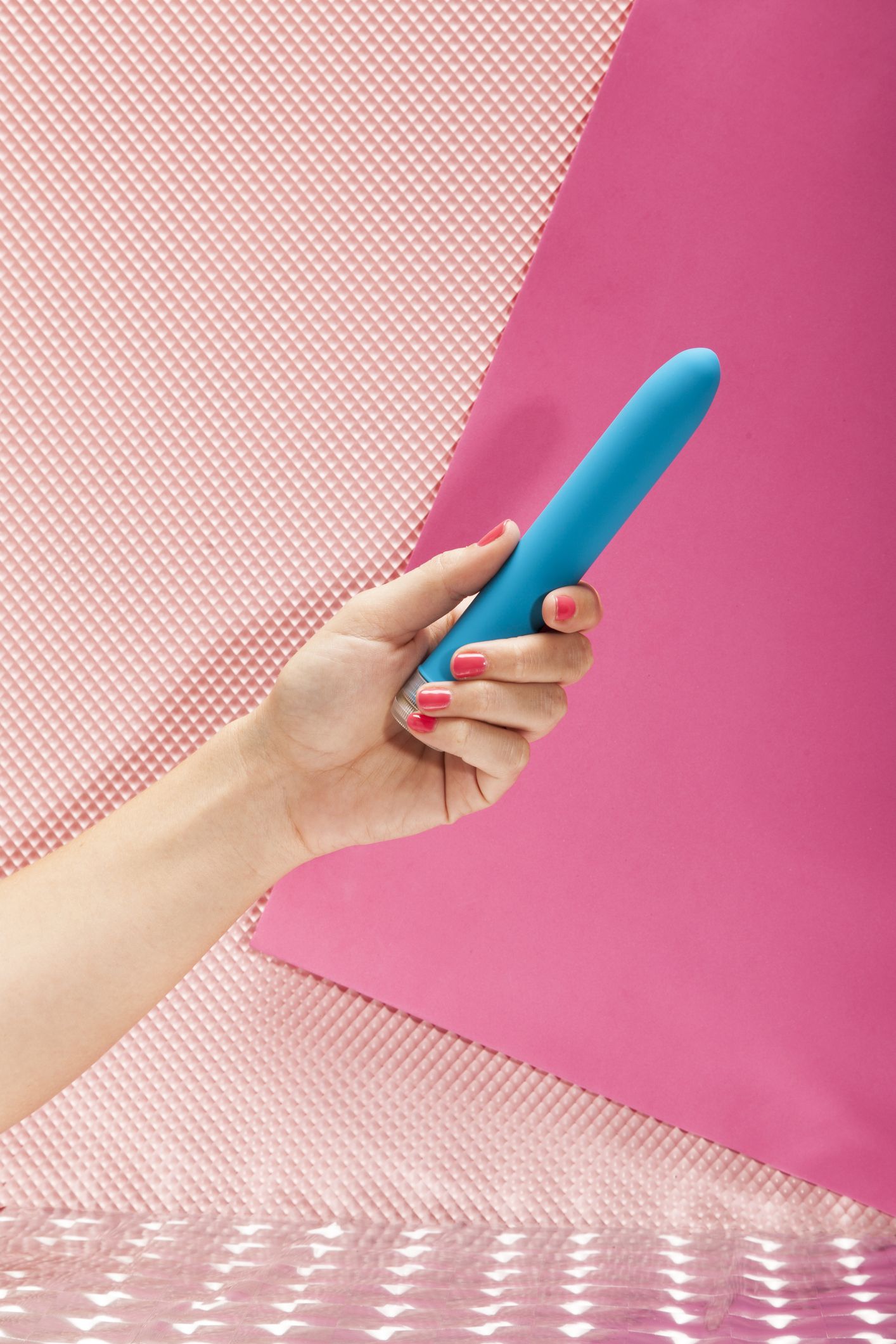 Treatment: To prevent irritation, it’s a good idea to skip feminine washes and just gently clean the outside areas of your vulva with unscented soap and warm water, steering clear of the vagina. When it comes to lube, you don’t need to stop using it, but it’s best to go with a silicone-based lube to minimize inflammation, especially if you have sensitive skin, Dr. Streicher suggests. If an inflammatory reaction to semen is the problem, using a condom every time you have sex should solve it.

The average age women in the U.S. enter menopause is 51, says Dr. Streicher. But women can start perimenopause, the transition period into menopause, any time after 40. Some women start menopause even earlier as a result of chemotherapy, radiation treatments, or certain medications. Perimenopause and menopause inhibit the body’s ability to naturally lubricate itself, which can lead to dryness, and a burning or stinging sensation, during intercourse. 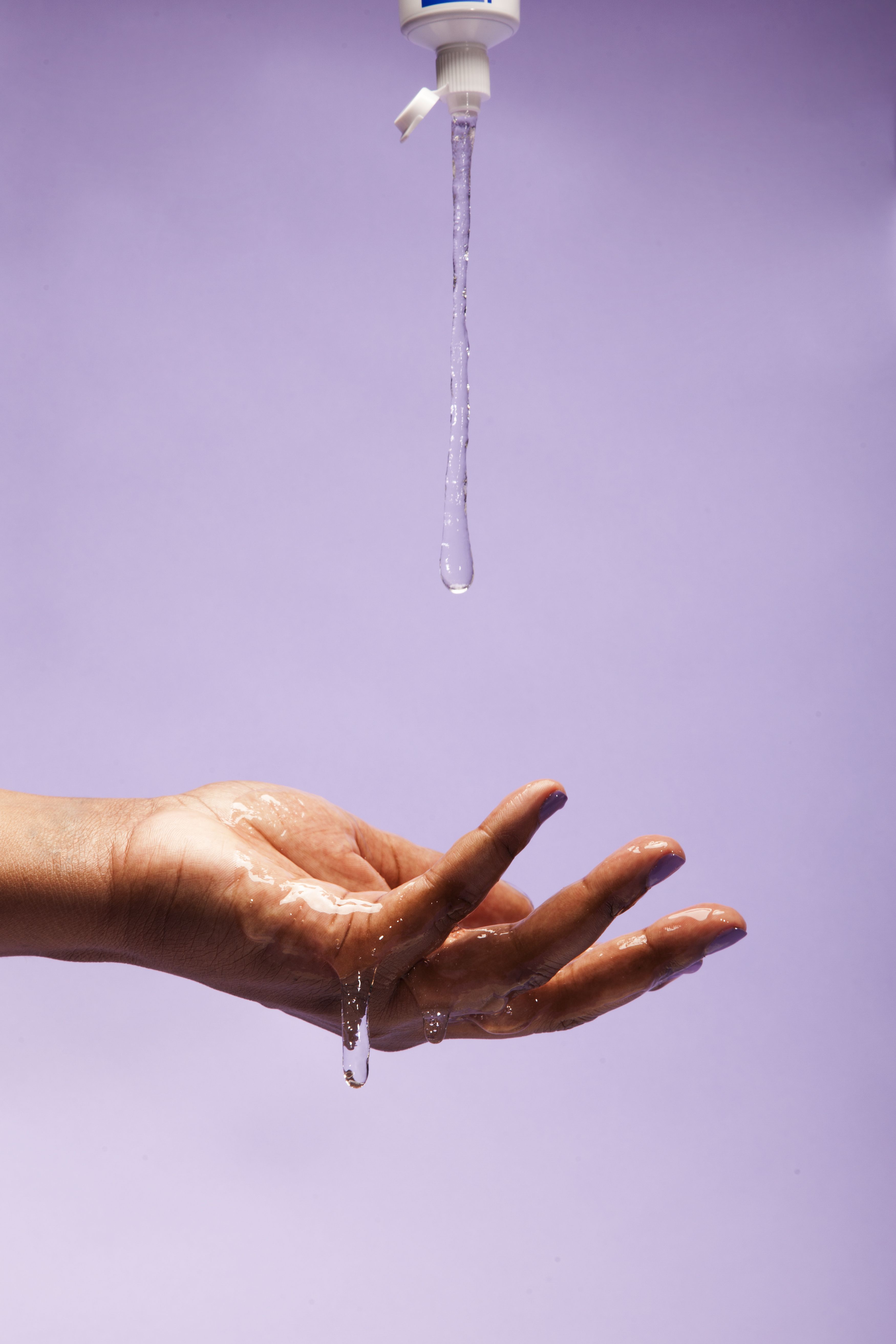 Treatment: Your doctor may be able to help by prescribing estrogen pills, creams, or rings—or can refer you to a specialist who will. Adding more lube to your sex life can also help.

Aside from menopause, other hormonal changes can contribute to vaginal dryness and that burning sensation during penetration. During the postpartum period, for example, your body may be low in estrogen, especially if you’re breastfeeding, and that means your body won’t be able to lubricate itself as it naturally would. Also, some women (even those who don’t have vestibulodynia) may have lack of lubrication and pain during sex due to hormonal changes from low-dose birth control. 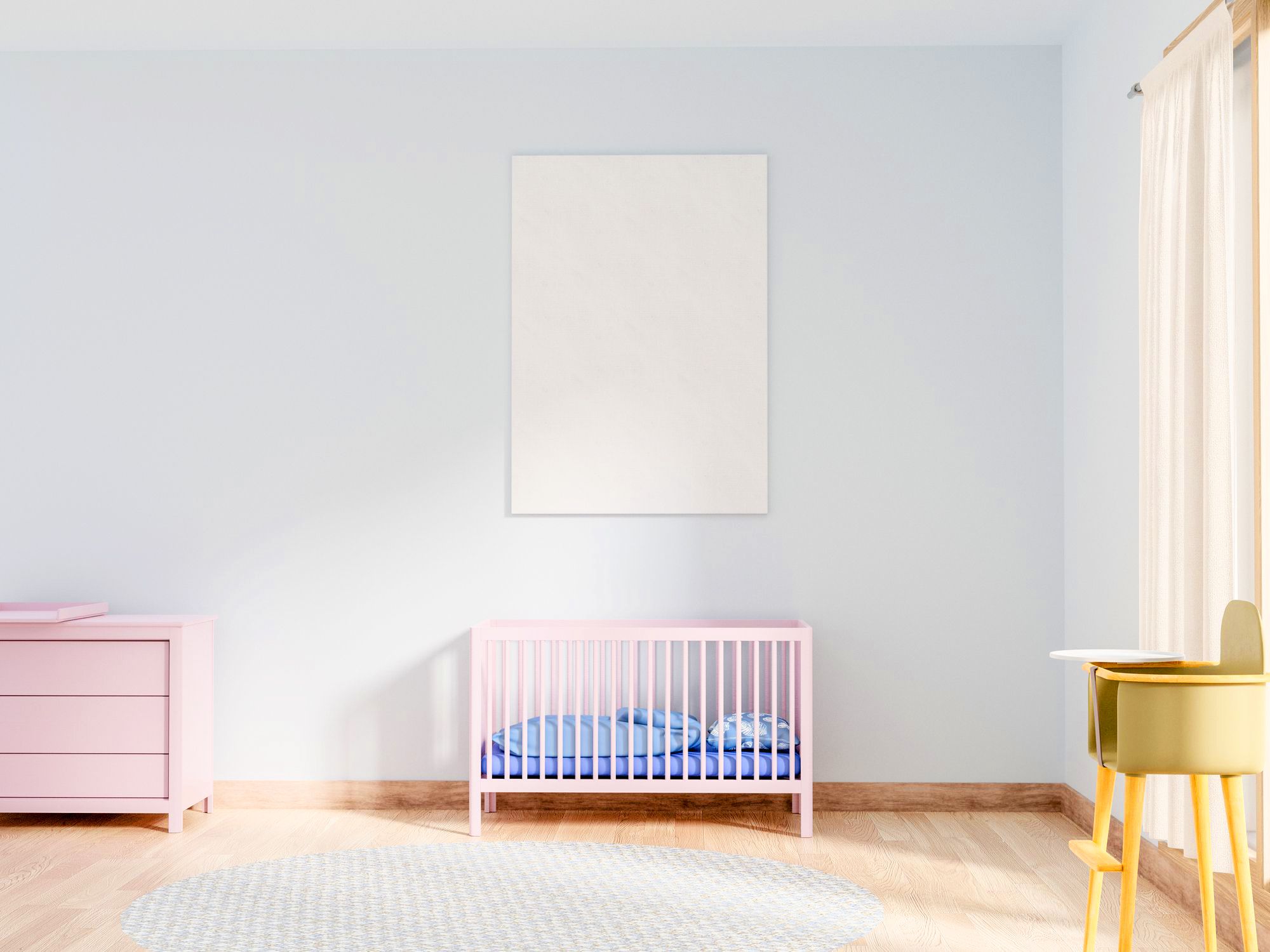 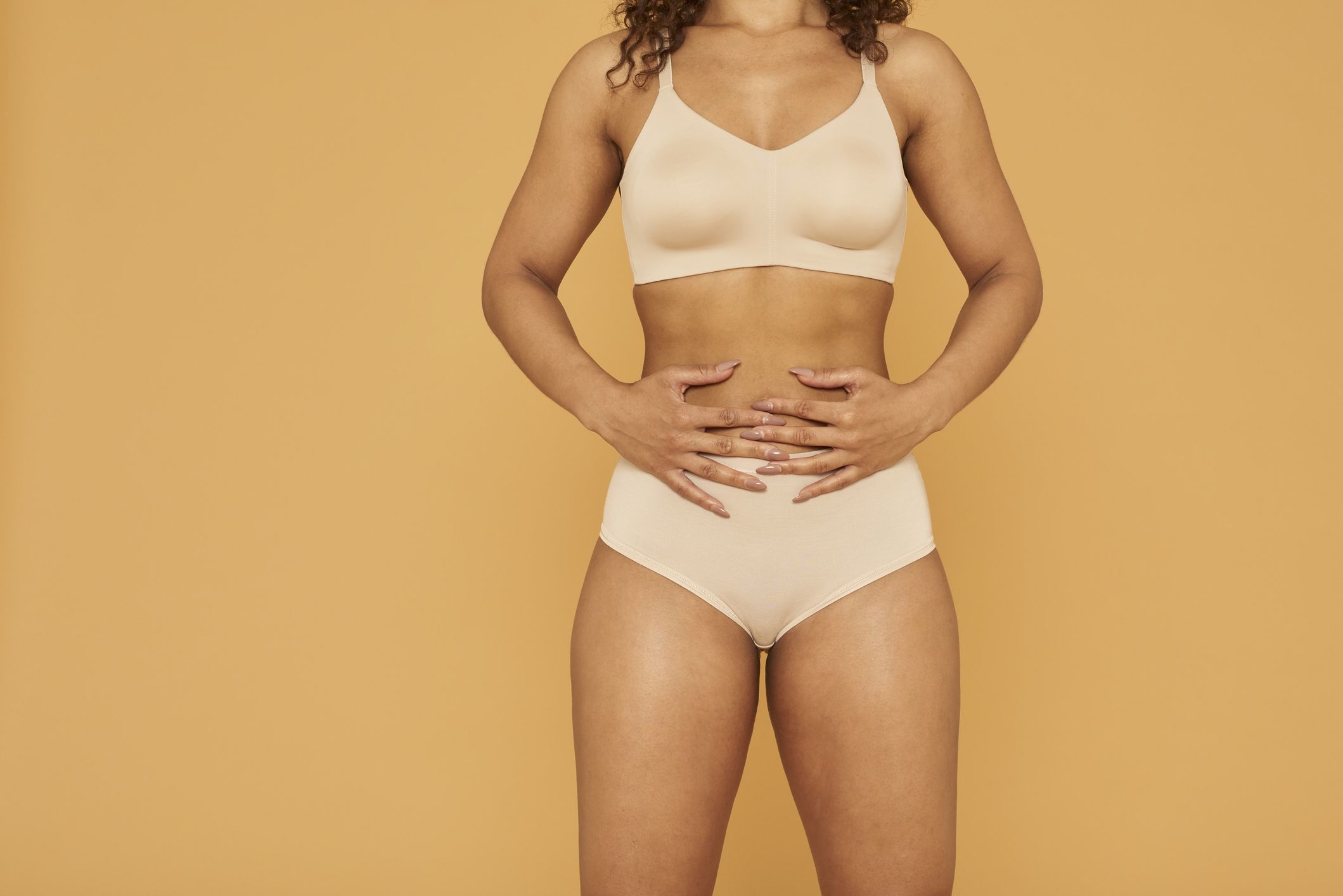 Treatment: Again, there are treatment options to make sure your hormones are regulated and helping you stay lubricated. It may be as simple as changing your birth control method. But there isn’t just one correct solution, and it varies from person to person. So, it’s best to contact your doctor, who can either prescribe something for your specific case orcan put you in touch with another expert.

Last but not least, the vaginal dryness and burning you’re feeling may arise from lack of arousal. There often isn’t one singular cause, though; there could be issues within your relationship or with your partner that are interfering with your ability to get turned on.

Your mental health could also be a factor: Depression and anxiety can impact your desire and lubrication. Your body could also be reacting to certain triggers and having a trauma response during sex that results in physical pain.

Treatment: Dr. Streicher points out that there are many potential treatments, including medications you can take for low libido and vaginal dryness. Start by bringing up what you’re feeling to your health-care provider. They may be able to offer solutions, or can send you to a medical sex specialist or a mental health professional, depending on your needs.

Bottom line: No matter which of the conditions above you’re dealing with, there are solutions that can get rid of the burning sensation you’re feeling during sex, and make the experience more pleasurable (which you deserve!). Talk to your doctor so they can help you find the right fix.