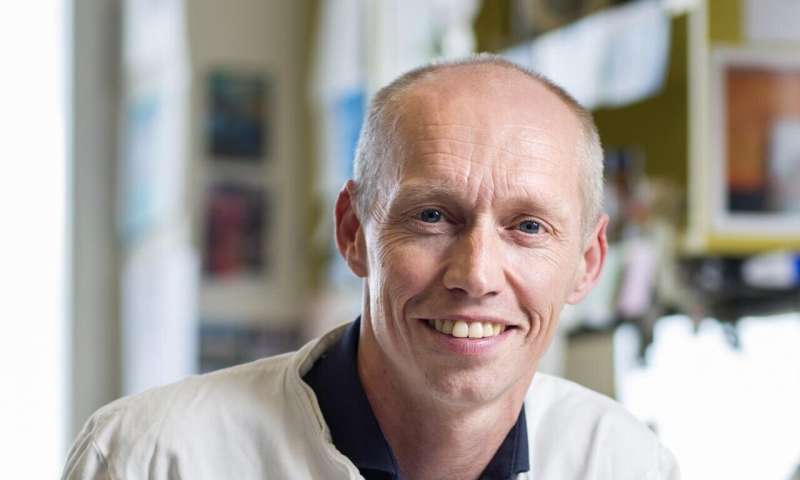 Now, a research group under the leadership of professor and virologist Søren Riis Paludan from the Department of Biomedicine at Aarhus University, Denmark, has identified a mechanism which is activated in the cells of the immune system when they are attacked by disease. The discovery involves the protein STING, which sends signals to the nucleus of the cell when an infection threatens.

“Until now we’ve known that the STING protein migrates from an inactive part of the cell to an active when the immune system is alerted, but with this study we can for the first time describe the mechanism that causes the ‘migration’. At the same time, we’ve identified a new protein, STEEP (‘STING ER exit protein’), which is responsible for this migration. These are both breakthroughs in terms of understanding the basic disease mechanisms,” says Søren Riis Paludan about the study, which has just been published in Nature Immunology.

Previous research has shown that the cells in the immune system are activated through signaling systems organized in what are known as cascades. A system of step-by-step reactions which are e.g. initiated by infection, or when cancer cells are eaten by immune cells. One of these is the cGAS-STING signal cascade, which plays a key role in a number of diseases. The new study shows that STING’s ‘journey’ within the cell trains the activity of the STING signal cascade.

“This part of the process is particularly important because of STING’s essential function as part of an innate immune system. The new findings help us to better understand how infectious diseases affect the immune system,” says Søren Riis Paludan.

For many years, it has been common knowledge that a well-functioning immune system is extremely important for our health. Even a commonplace infection becomes life-threatening if the immune system is not ready for the fight.

“The immune system is essential in the fight against infection, but if it isn’t regulated precisely by the body’s own fine-tuning system, it becomes over-activated and creates disease. For example, an overactive immune system has made some COVID-19 patients very ill and difficult to treat,” says Søren Riis Paludan.

Identifying the mechanism behind STING’s journey and the discovery of the new protein STEEP opens the way to a previously unknown branch in our understanding of the immune system.