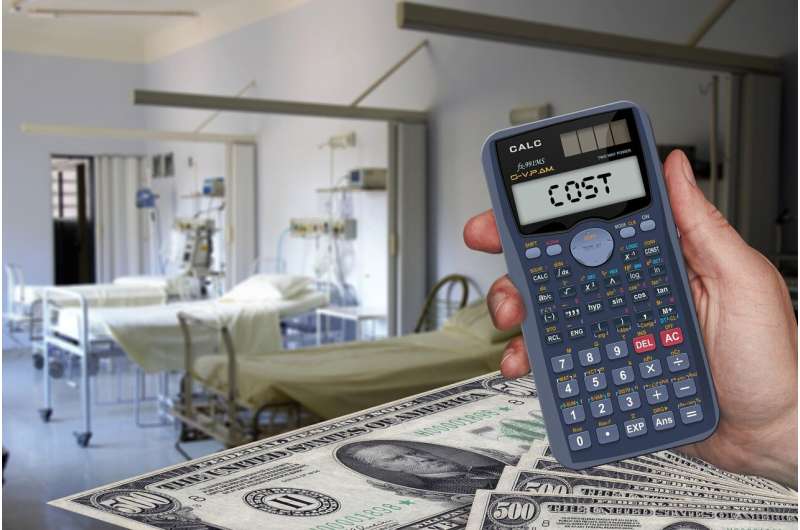 Health researchers have long argued that the key to reining in surging health care costs is to tackle the high prices of services, and one potential way to do this is to provide patients with price transparency.

That is, if people know how much a procedure such as a colonoscopy or MRI will cost, they’re more likely to shop around for a better price, just as they do for a wide variety of consumer products. This could, theoretically, increase competition among health care providers and result in lower overall prices for everybody.

A new federal regulation that took effect in January 2021 is supposed to do just that by requiring hospitals to post prices of all their services and procedures. But researchers, including us, have found that the vast majority of hospitals haven’t been complying with the rule.

This prompted the Biden administration to crack down in July by increasing fines for noncompliance.

As health policy analysts, we agree that hospitals need to do more in order for the new regulation to succeed. But the regulation itself needs to be fixed if comparing the price of an appendectomy is ever going to be as easy as shopping for a computer.

The Centers for Disease Control and Prevention estimates that almost 33 cents of every dollar spent on health care in the U.S. goes to hospitals—and that’s excluding what your doctor bills you separately.

Typically, patients don’t pay hospital bills themselves. Rather, health insurance companies pay most of the bills for patients’ care at agreed-upon amounts that are the result of hospital-insurer negotiations. Different insurers negotiate different rates with different hospitals, which can cause the price of a single procedure to vary widely.

For example, Beaumont Hospital-Royal Oak in Royal Oak, Michigan, bills Blue Cross $728 for a colonoscopy, but makes Humana pay $1,801. The University of Mississippi Medical Center, based in Jackson, Mississippi, charges Cigna $1,463 for the same procedure, while Aetna pays $2,144.

Numbers like these led lawmakers to demand greater price transparency when they crafted the Affordable Care Act in 2009. But it took a long time for regulators to come up with the rule and resolve legal challenges. And finally on Jan. 1, 2021, the Centers for Medicare & Medicaid Services’ price transparency regulation took effect.

Put simply, the regulation requires almost all hospitals in the U.S. – about 6,000—to disclose the prices they charge to insurers for every item and service they provide in machine-readable data files.

Instead of a profusion of confidential, negotiated rates determining the cost of care behind the scenes, patients are supposed to now have information at their fingertips to determine, ahead of time, their cost of care at a given hospital.

This should, in theory, allow them to choose the lowest-cost location for their care. And self-insured companies and insurers themselves could use the same information to bargain more aggressively with hospitals.

While the jury is still out on whether transparency alone can meaningfully slow the soaring cost of health care in the U.S., there is some evidence that it can work.

New Hampshire created a hospital price transparency tool in 2005 that resulted in modest cost savings, according to a 2019 study.

But any potential policy effect hinges on hospitals actually posting their prices—which, for the most part, they have not.

But even after losing their final appeal in December 2020, most hospitals have simply ignored the rule or posted very limited data.

We found that some hospitals post no data file at all. Others have posted a data file, but without all the required elements—such as cash discounts and prices negotiated with specific insurers. Others posted data files with the correct elements, but only for a handful of items and services. Finally, still others post data files that contain discrepancies, are not downloadable or are very difficult to find on their websites.

The number of hospitals that fully comply with all aspects of the regulation is very small: less than 6%, according to one recent study.

After the White House said it would step up enforcement of the rule, the Centers for Medicare & Medicaid Services began sending out warning letters to noncompliant hospitals, and it is currently conducting a compliance audit. Additionally, the maximum penalty for noncompliance was recently increased from $300 per day to $5,500 per day for large hospitals.

Patients need an app for that

But even if the hospitals were in full compliance, it wouldn’t matter without a way for consumers to actually compare prices.

The current regulations do not require standardization of the files that hospitals post. As a result, the files that we examined use a wide variety of formats, names and terms that are incompatible.

But even if the data were standardized and comparable, it wouldn’t be much use to patients unless there’s a website or app that they can use to see how much two nearby hospitals charge for a specific procedure.