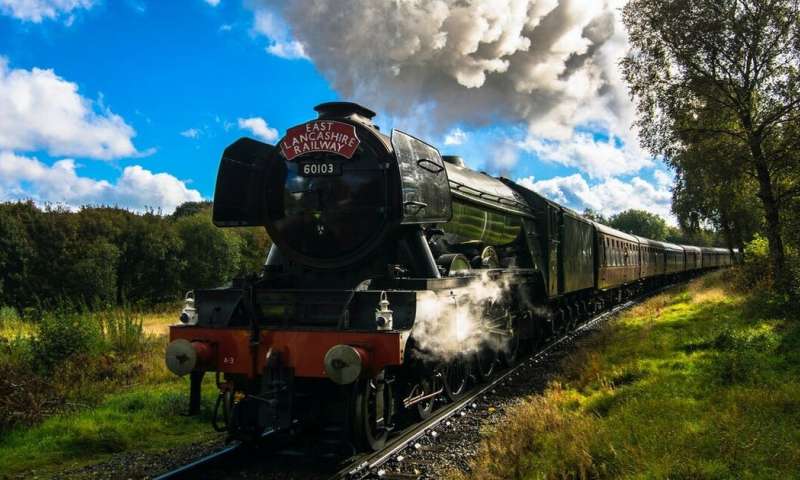 Quietly, outside of the public gaze, a revolution has started on Britain’s railways. On March 23, COVID-19 destroyed the railway industry as it had existed for the past 25 years. As concerns about virus transmission grew, passenger numbers reduced by 80% before the official lockdown even began. The private companies running train services were broke and the UK government took control, effectively bringing an end to the failed franchise model. As our research has shown, services have to be capable to survive—even in the best of times.

Many organisations, such as the Railway Safety and Standards Board (RSSB) stated that COVID-19 was a temporary blip to the ongoing success of the railways. But more economically informed parts of the transport industry know that this is not the case. Even the chief executive of Network Rail, Andrew Haines, believes the UK is “at a time of industry change”.

As Haines points out there is an opportunity for investment and to reshape the industry, just as the government had planned to do over 30 years from 2012. The Rail Technical Stategy envisaged seamless digital ticketing and an end to checking tickets before you get in a train, be that people or machines, which force people closer together. It’s worth noting that a rail ticket has remained fairly unchanged since it was invented by Thomas Edmondson in the 1840s. New digital ticketing is more akin to a mobile phone or pay-as-you-go and covers all your transport needs from bikes, trains, taxis and beyond.

Other innovations required by the strategy include trains running when they were needed, rather than to a fixed timetable, to help ensure passengers had the least crowded trains possible. This is a world where the customer—rather than operational convenience—is at the heart of the rail transport strategy.

But what would it cost? The delivery plan calculated that these innovations and changes would actually save the rail industry between £1bn and £1.6bn per year, if fully implemented. That is why we believe that now is the time to start implementing this strategy. But instead of delivery in 30 years, it should be brought online within three.

The reason for such urgency is obvious. After two months of lockdown and despite the spectre of COVID-19 remaining, it seems unlikely that everyone will start working from their offices again. The Rail Delivery Group’s weekly COVID-19 summary stated on May 7 that the average time before people plan to take a train again is 4.5 months, versus 3.8 months for buses, with 62% of the public flatly refusing to use trains until social distancing is in place.

Even if a vaccine is delivered, the transport patterns of society will be forever altered – enabled by the digital revolution in the home which is now enabling massive levels of home-working and less need to travel into an office. 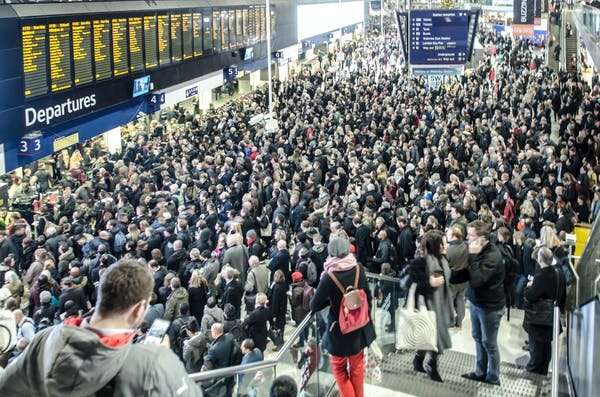 The future of public transport

So from now on, what is likely is occasional travel by most and predominantly low demand. The industry does not yet know what this will look like. Accurate economic modelling for this scenario does not exist. But some basic assumptions can be made based on what we know or can best guess.

We took a look at London’s Thameslink trains and applied some basic capacity planning. Each of these trains was designed to carry more than 1,000 people, just under half of whom would be seated. The carriages offer 688 square meters of passenger space—or put another way, 0.7 square meters per person. If you now allow for two square meters per passenger—to achieve social distancing—the new capacity of the very same carriages is just 172 people.

This optimistically equates to 20% of current passenger capacity, so to reduce the risk of COVID-19 infection commuters will only be able to travel one day in five. This is further complicated because 22% of the UK workforce are key workers. So if they travel by public transport all the capacity will be taken up. But that’s not realistic, so let’s assume three-quarters of them use the trains in London. That would only allow other workers to travel to their place of work one day in ten.

We could be entering another golden age of railway travel. One in which passengers actually have space around them to relax and perhaps even work. This would see railway passenger levels returning to those experienced between 1960 and 1999 of around 750 million annual journeys—much lower than the 2020 peak of 1,800 million. Current travel may be as low as 200 million per year, which was last experienced in the 1860s.

Ticket sales in 2018/2019 were £10.4bn a year which was topped up with £4.1bn of government subsidy. But the cost to the taxpayer is now set to massively increase to make up for the lost passenger revenue—which we estimate could drop to as low as £2bn per year. That leaves a gaping £8bn hole.

Railways costs are mainly driven by items that don’t fluctuate with demand and are based on a very high fixed cost. So railways will continue to cost around £14bn without a massive reorganisation. It is clear then, that a new golden age will certainly come with a hefty price in terms of extra taxpayers’ money, even assuming the whole railway technical strategy is delivered rapidly.