Hospitalized coronavirus patients who took daily aspirin for cardiovascular health had a lower death risk than those who did not take aspirin, according to the findings of a new study conducted by researchers with the University of Maryland School of Medicine.

Patients who took aspirin also had a lower risk of complications, while their chances of requiring admission into the hospital’s intensive care unit (ICU) and being ventilated also fell, according to a news release regarding the findings, which were published Wednesday in the journal Anesthesia and Analgesia. 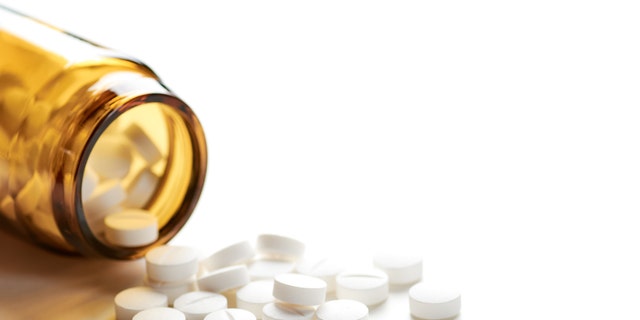 Those who took aspirin also had a 47% reduced risk of dying in the hospital compared to those who did not take the drug. (iStock)

For the study, the team looked at the medical records of some 412 patients who were hospitalized due to complications with COVID-19. The average age of patients was 55. All patients in the study were treated at the University of Maryland Medical Center in Baltimore or three other hospitals along the East Coast, per the release. Any of the patients’ preexisting conditions, such as hypertension, diabetes, kidney disease, and others, as well as age, gender, body mass index and race, were all accounted for in the study.

“The patients in the aspirin group did not experience a significant increase in adverse events such as major bleeding while hospitalized,” they added. (Daily use of low-dose aspirin, which is often recommended for those who have previously suffered a heart attack or stroke to prevent future blood clots, can increase the risk “of major bleeding or peptic ulcer disease,” the researchers explained.)

The researchers hypothesize that aspirin’s blood-thinning effects may have played a role in the positive outcomes for hospitalized patients taking the drug, as COVID-19 infections “increase the risk of dangerous blood clots that can form in the heart, lungs, blood vessels and other organs. Complications from blood clots can, in rare cases, cause heart attacks, strokes and multiple organ failure as well as death,” they said.

“This is a critical finding that needs to be confirmed through a randomized clinical trial,” said study leader Dr. Jonathan Chow, an assistant professor of anesthesiology at the University of Maryland School of Medicine, in a statement. “If our finding is confirmed, it would make aspirin the first widely available, over-the-counter medication to reduce mortality in COVID-19 patients.”

The researchers in the study also noted that the findings provide “cautious optimism,” but warned any COVID-19 patients should speak with their doctor before taking daily aspirin, as those who suffer from chronic kidney disease or use other medications such as blood thinners may not be able to take the drug.

“While confirmatory studies are needed to prove that aspirin use leads to better outcomes in COVID-19, the evidence thus far suggests that patients may want to discuss with their doctor whether it is safe for them to take aspirin to manage potentially prevent serious complications,” said the Dr. E. Albert Reece, the executive vice president for Medical Affairs, UM Baltimore, and the John Z. and Akiko K. Bowers distinguished professor and dean at the University of Maryland School of Medicine, in a statement.