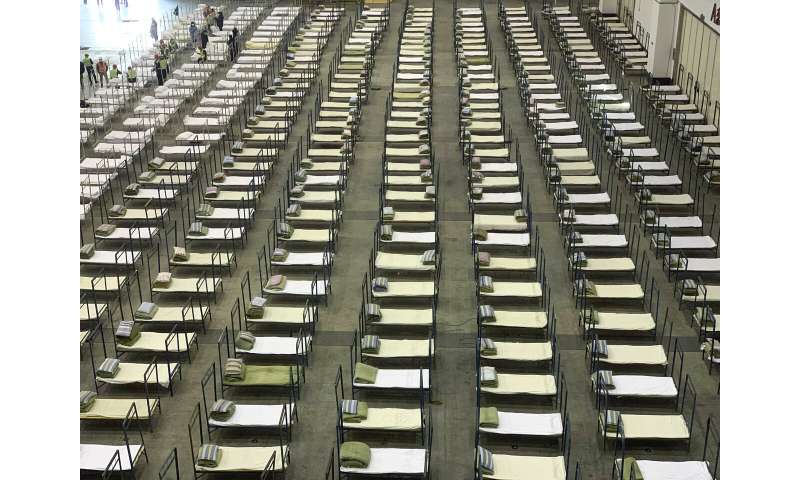 Hong Kong hospitals cut services as medical workers were striking for a second day Tuesday to demand the border with mainland China be shut completely to ward off a virus that caused its first death in the semi-autonomous territory.

All but two of Hong Kong’s land and sea crossings with the mainland were closed at midnight after more than 2,000 hospital workers went on strike Monday. As many as 9,000 medical workers could join the bigger walkout Tuesday to demand closure of the border across which tens of thousands of people continue to travel daily.

Hong Kong’s Hospital Authority said it was cutting back services because “a large number of staff members are absent from duty” and “emergency services in public hospitals have been affected.”

Hong Kong was hit hard by SARS, or severe acute respiratory syndrome, in 2002-03, an illness from the same virus family as the current outbreak. Trust in Chinese authorities has plummeted following months of anti-government protests in the Asian financial hub.

Also Tuesday, the leader of the nearby gambling enclave of Macao asked the city’s casino bosses to suspend operations to prevent further infections after a worker at one of resorts tested positive for the virus. Macao has recorded 10 cases in all. 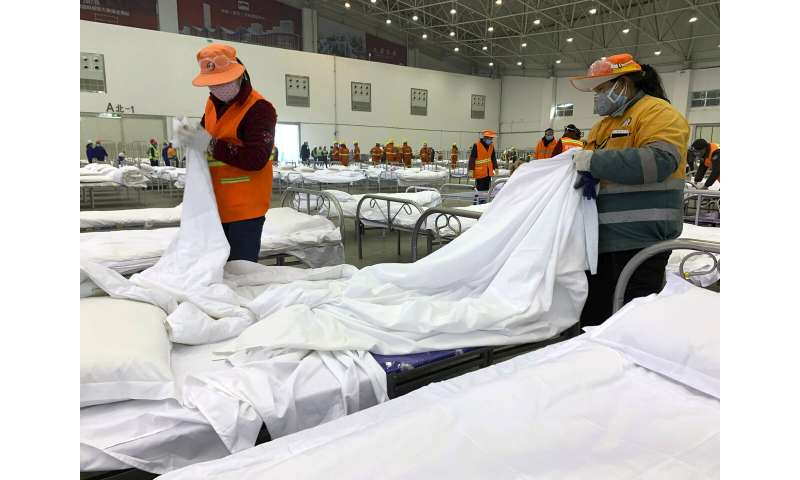 The mainland’s latest figures of 425 deaths and 20,438 confirmed infections of the new coronavirus were up from 361 deaths and 17,205 cases the previous day. Outside mainland China, at least 180 cases have been confirmed, including two fatalities, in Hong Kong and the Philippines.

The patient who died in Hong Kong was a 39-year-old man who had traveled to Wuhan, the mainland city that has been the epicenter of the outbreak, before being hospitalized. The Hospital Authority said Tuesday he had existing health conditions but did not give details.

Most cases of the illness have been mild, but most who died have been older people with other ailments such as diabetes or heart disease.

China has struggled to maintain supplies of masks to filter out the virus, along with protective suits and other key articles, as it seeks to enforce temperature checks at homes, offices, shops and restaurants, require masks be worn in public and keep more than 50 million people from leaving home in Wuhan and neighboring cities. 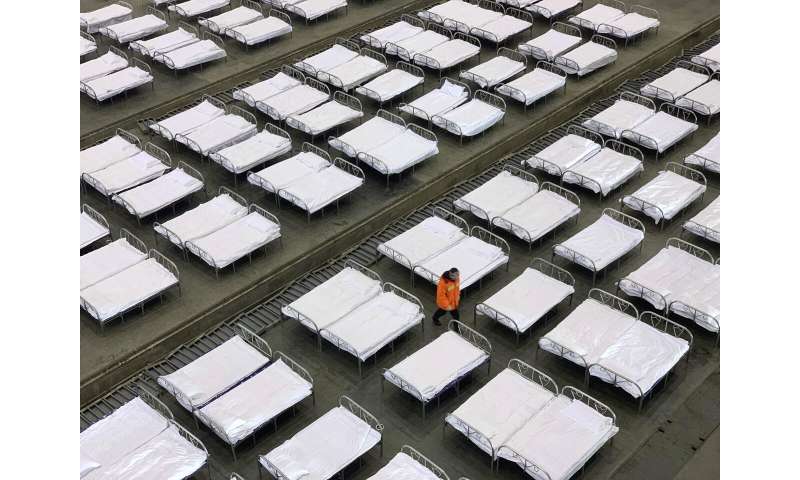 To help meet demand, the European Union office in Beijing said member states have shipped 12 tons of protective equipment to China, with more on the way.

Late Monday, China’s President Xi Jinping presided over a special meeting of the top Communist Party body for the second time since the crisis started, saying “we have launched a people’s war of prevention of the epidemic.” Xi threatened punishments for those who neglect their duties will be punished, state broadcaster CCTV reported.

Other countries are continuing evacuations and restricting the entry of Chinese or people who have recently traveled in the country. A plane carrying Malaysians from Wuhan arrived in Kuala Lumpur and the 133 people on board were to be screened and quarantined for 14 days, the maximum incubation period for the virus. 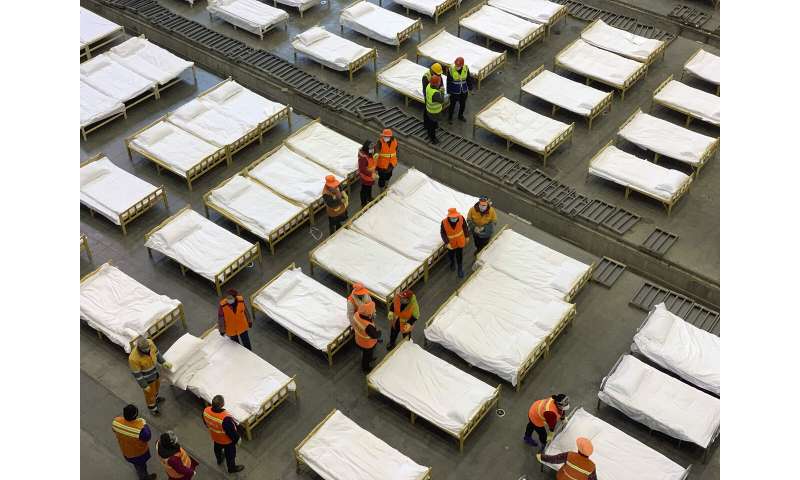 Taiwan on Monday flew home 247 of its citizens from Wuhan and had sent three passengers for treatment after they were found to have fever or sore throats. The other passengers are being quarantined at medical facilities for the next two weeks.

Germany’s Lufthansa became the latest international airline to suspend flights to China, and several countries are barring Chinese travelers or people who passed through China recently.

In Wuhan, patients were being transferred to a new 1,000-bed hospital that officials hope will improve isolation to stem the virus’s spread. It was built in just 10 days, its prefabricated wards equipped with state-of-the-art medical equipment and ventilation systems. A 1,500-bed hospital also specially built for patients infected with the new virus is due to open within days. 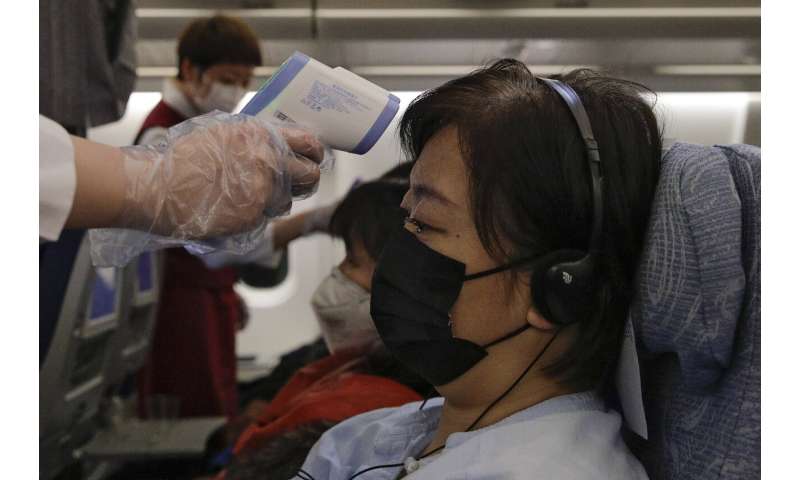 Elsewhere in Wuhan, authorities are converting a gymnasium, exhibition hall and cultural center into hospitals with a total of 3,400 beds to treat patients with mild symptoms of the virus. Television footage of those facilities showed beds placed in tight rows in large rooms without dividers or any barriers to keep patients isolated.

With no end to the outbreak in sight, authorities in Hubei and elsewhere extended the Lunar New Year holiday break, due to end this week, well into February to try to keep people at home and reduce the spread of the virus. All Hubei schools are postponing the start of the new semester until further notice, as a many in Beijing, Shanghai and elsewhere.

Chinese scientists said they have more evidence the virus originated in bats. In a study published in the journal Nature, Shi Zhen-Li and colleagues at the Wuhan Institute of Virology reported that genome sequences from seven patients were 96% identical to a bat coronavirus. 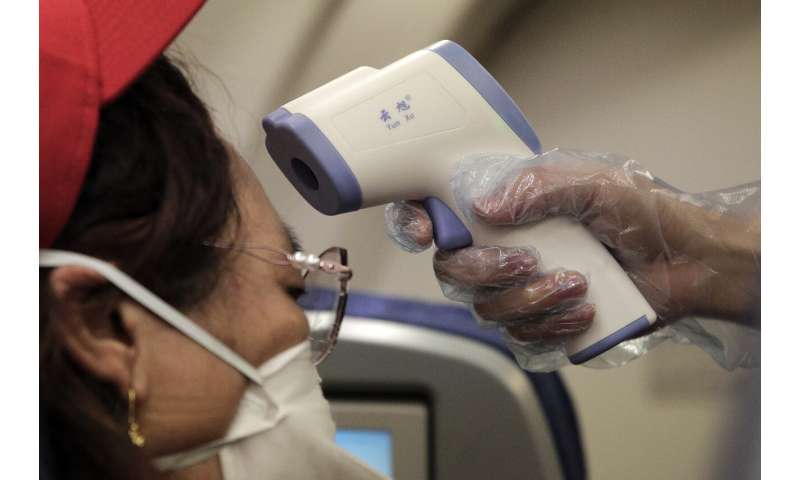 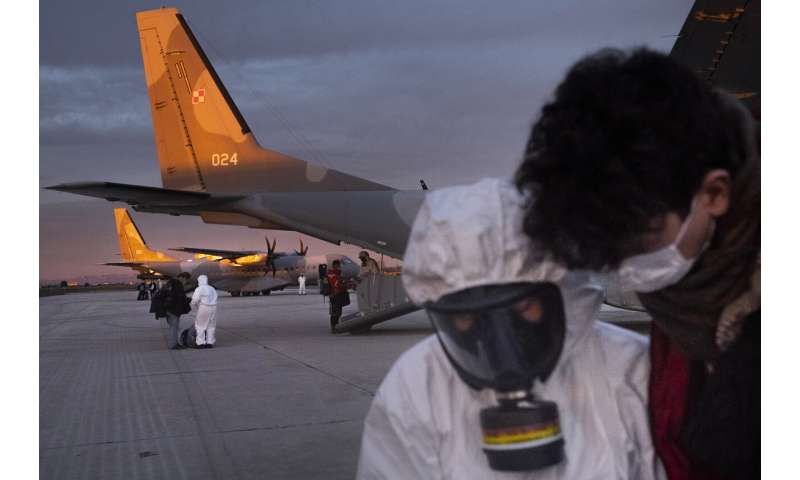 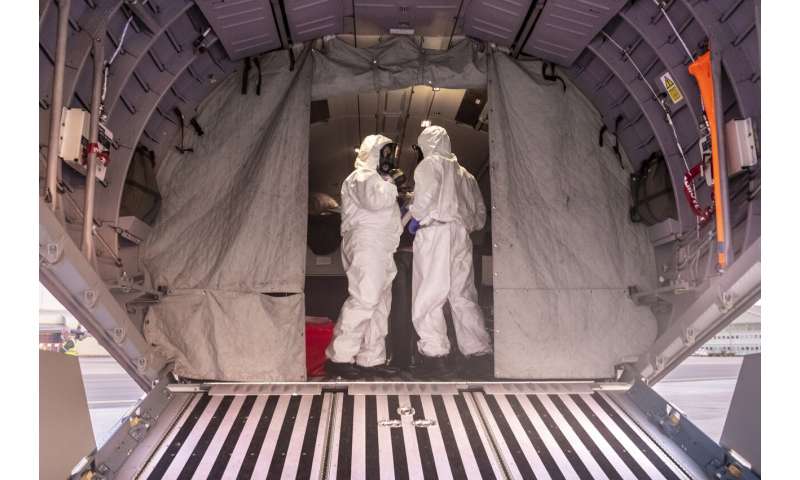 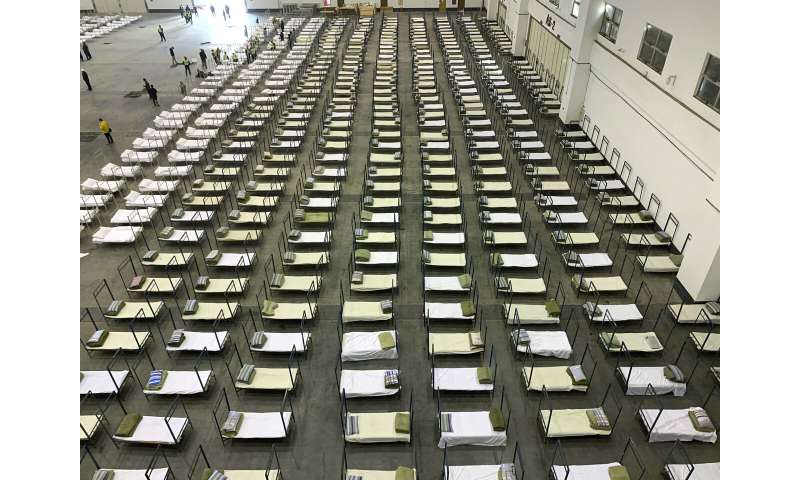 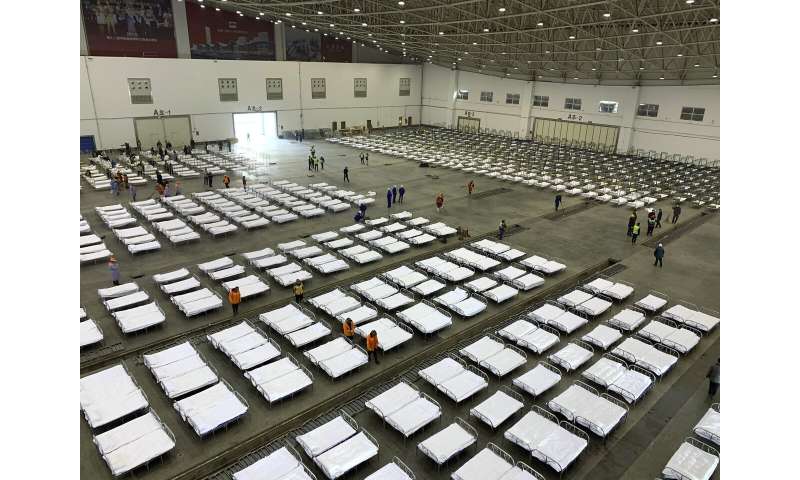 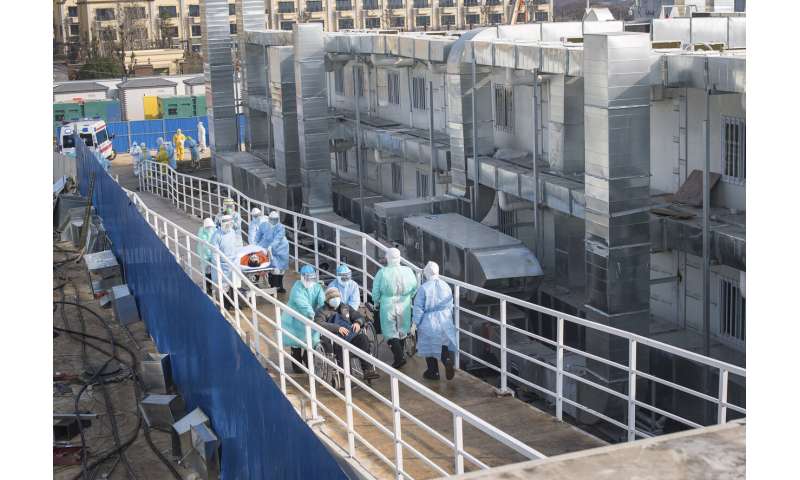 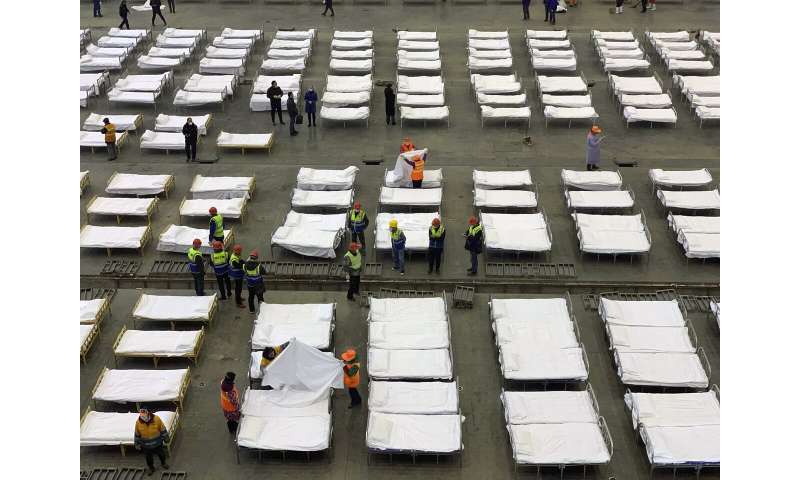 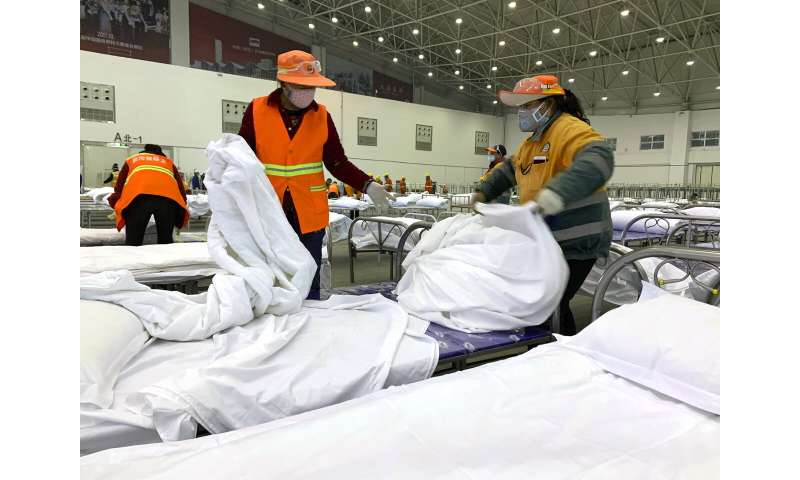 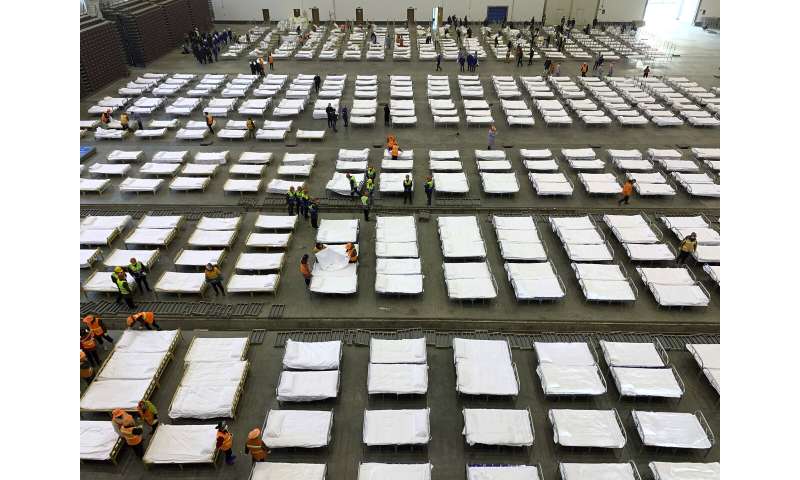 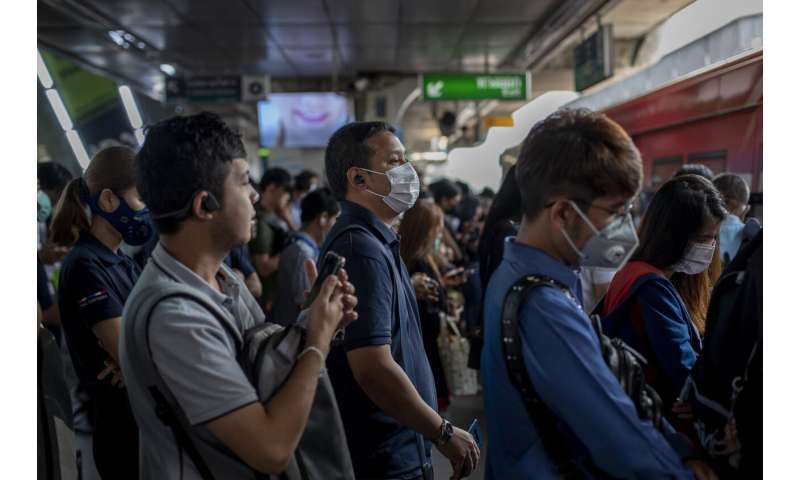 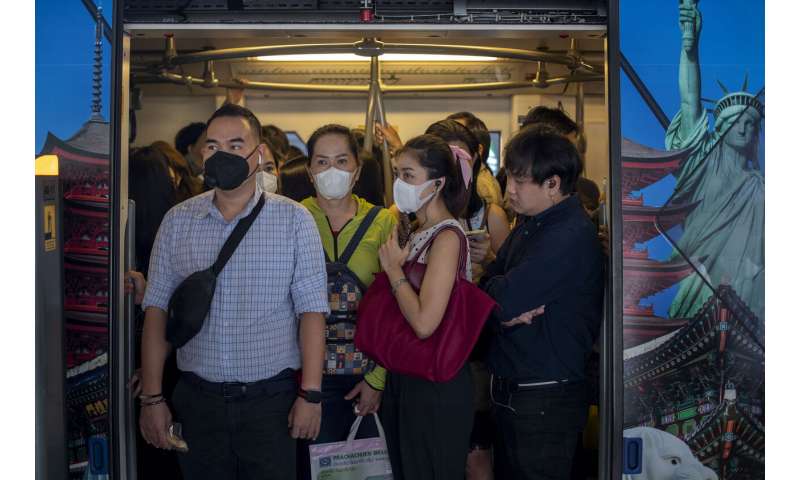 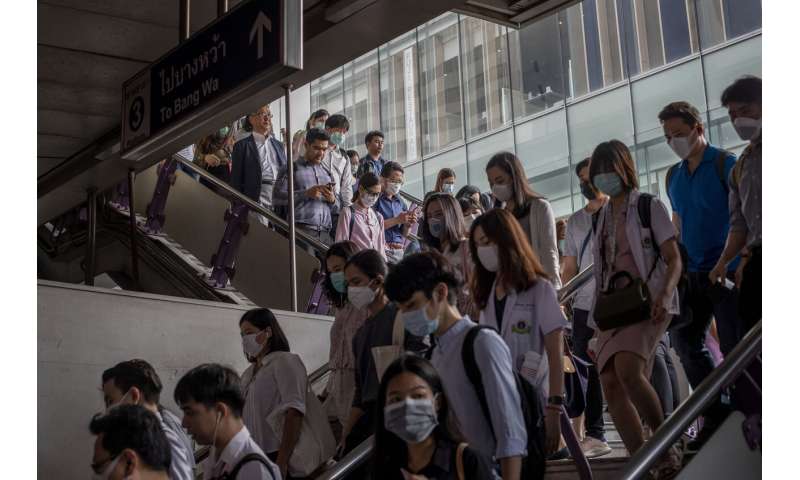 On Tuesday, the Korea Centers for Disease Control and Prevention said a 42-year-old South Korean woman tested positive for the virus, days after she returned from a trip to Thailand with chills and other symptoms.

It is South Korea’s 16th case. Thailand has confirmed 19 cases, mostly Chinese tourists but also in a Thai taxi driver.