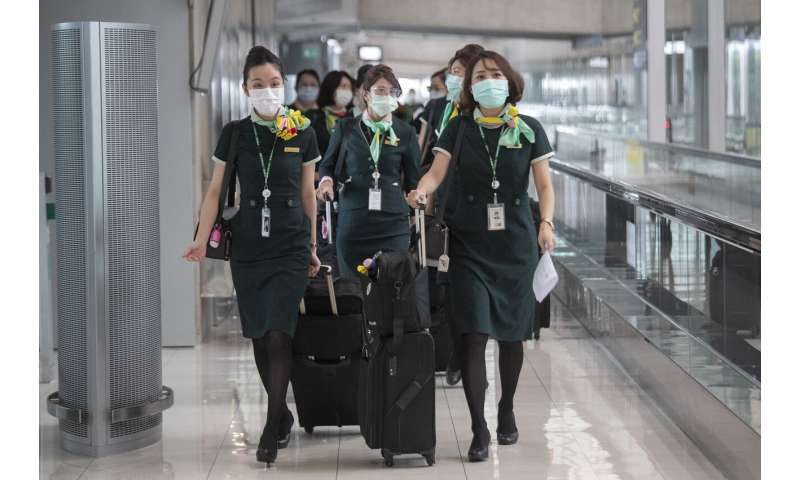 Thai authorities urged vigilance Friday as the country celebrates its first long holiday weekend after lifting most restrictions imposed to fight the spread of the coronavirus. No new local infections have been reported in Thailand in more than a month.

The four day holiday starting Saturday, incorporating two Buddhist holy days, is expected to see Thais return en masse from the cities where many work to their family homes in rural areas. Such reunions usually take place during April’s Songkran festival, but this year those holidays were canceled and travel strongly discouraged due to the pandemic.

The Transport Ministry has said it is expects 7.6 million people nationwide to be traveling between provinces.

Officials from the special government center set up to deal with the pandemic expressed concern Friday about the large number of travelers flocking to high-risk places.

“We eased measures for high risk activities therefore you should stay vigilant all the time,” said Taweesin Witsanuyothin, a spokesman for the center.

Thailand has had 3,180 confirmed cases of the coronavirus, including 58 deaths, surprisingly low numbers for a country that is a major travel hub whose largest share of tourist arrivals last year came from China, where the coronavirus is believed to have originated. 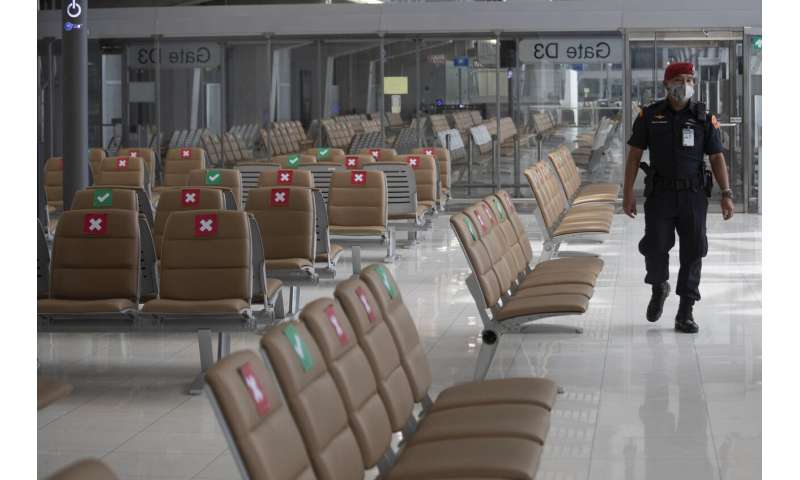 Thailand’s government began imposing social distancing rules and closing down gathering places in mid-March, and at the beginning of April barred scheduled passenger flights from abroad.

For more than five weeks now, the small number of new infections found in Thailand have been limited to infected Thais returning from abroad on special repatriation flights.

Buoyed by the lack of local transmission of the virus, the government has been easing its restrictions in phases, evaluating the results as they proceed.

As part of the latest easing that came into effect Wednesday, establishments considered high-risk, such as nightclubs and massage parlors, were allowed to reopen and long as they follow social distancing rules.

Face masks must still be worn in many public places.

Although scheduled passenger flights are still banned, the government has been slowly moving toward readmitting foreign visitors. 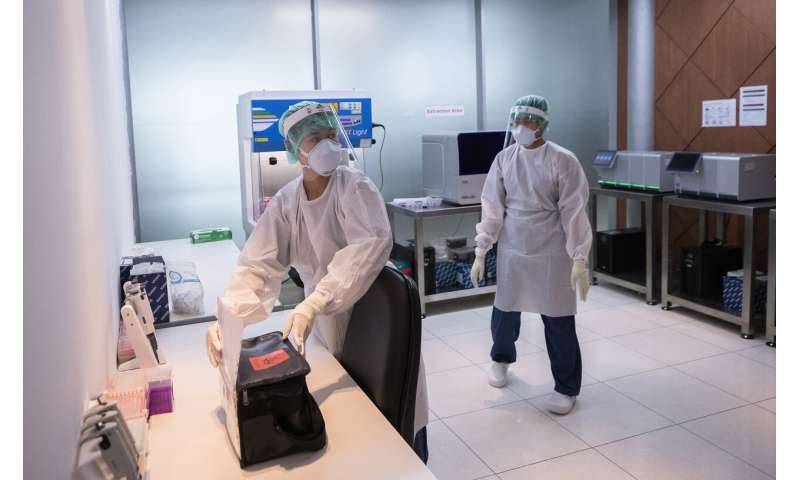 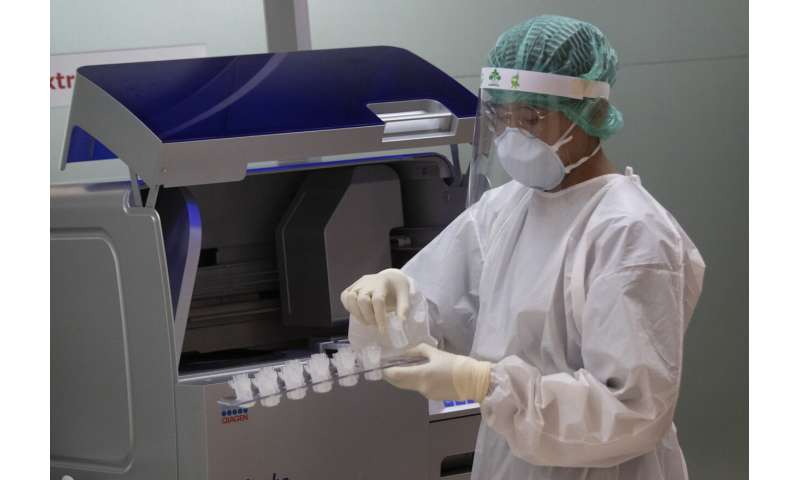 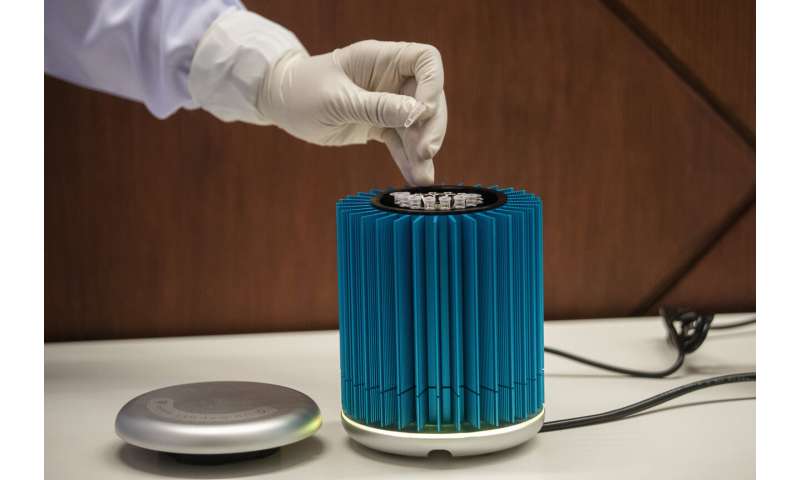 Beginning this past Wednesday, the government began allowing the entry of maximum of 200 foreigners daily who would be able to travel on the repatriation flights that bring Thai citizens home.

The allowed foreigners—including those legally working in Thailand and their families, those with residence permits, spouses and children of Thais, medical tourists and students—must quarantine for 14 days.

The machine has a capacity of 80 tests per hour and will be operating 24 hours a day, officials said. The authorities said they are planning to construct more labs for Thailand’s six other international airports.